You are at:Blog»Innovation»Top 5 Interesting Features on The Apple iPad Pro 2018

At the end of November, we saw Apple announce a wide range of new devices during the Apple Hardware Event. Apple introduced a new MacBook Air, Mac Mini, iPad Pro 2018, Apple Pencil and iOS 12.1. Off all the new devices, the Apple iPad Pro 2018 was the much-awaited product of the year. The iPad Pro comes in two sizes – 11-inch and 12.9-inch. However, the highlight of these new iPad models is the design and new features. For quite some time now, the trend for tablets and iPads has received a downfall. However, the new iPad Pro is packed with features that make it a device that you will want to own. Let’s take a look at some of the most interesting features on the latest Apple iPad Pro.

When Apple launched the iPhone X, it was clear that the company has ditched the fingerprint sensor for the Face ID support. All the latest phones (since iPhone X) from the Apple mobiles price list come with Face ID support. Apple has continued this trend even on the latest iPad. With the Face ID system, users will be able to unlock their iPad by simply looking at the display. The front panel of the iPad comes with a 7-megapixel TrueDepth camera which allows the Face ID system to operate in portrait as well as landscape mode. Apple’s Face ID system comes with a 3D face scanner to recognize every facial aspect of the user. 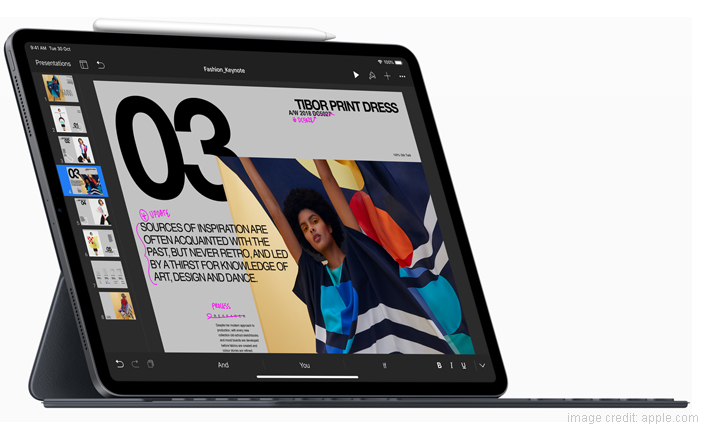 The first thing that you will notice when you look at the new Apple iPad Pro is the design. The latest iPad comes with a new Liquid Retina display along with thin bezels and rounded corners. Interestingly, with just 5.9mm thickness, it is the thinnest iPad to be designed to date. All in all, the iPad looks classy and is extremely thin and lightweight, which makes it an easy travelling companion. Without a doubt, iPad Pro 2018 is one of the best devices to choose the tablets price list in 2018.

A new 2nd gen Apple Pencil has been introduced along with the iPad Pro. It is an upgraded version of the original Apple Pencil. However, this new pencil comes with a better design and charging process. Also, the pencil can be magnetically attached to the iPad. Once attached to the iPad, the pencil will automatically start charging wirelessly. Additionally, you can double tap the pencil on the display to switch between different modes seamlessly. 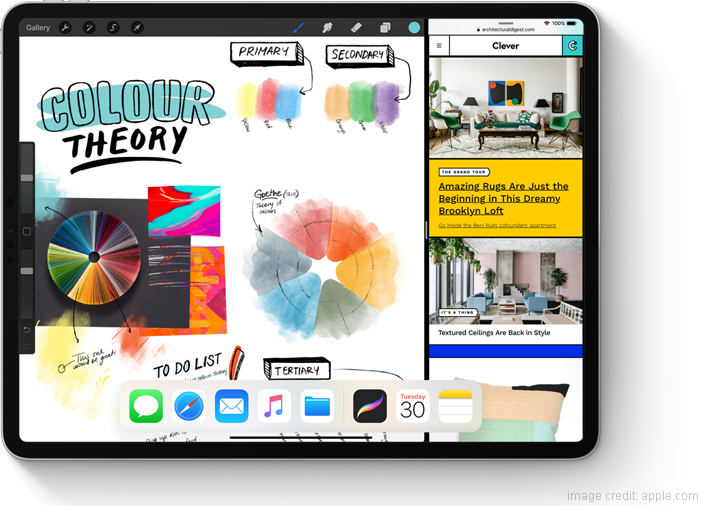 Apple rolled out a powerful update of the A12 Bionic Chip during the Hardware Event in New York called the A12X. This chip comes with eight cores, seven-core GPU and four performance and four efficiency cores. The seven-core GPU can deliver immersive and rich graphics in gaming which is 1000 times faster. Furthermore, with this chipset, the Apple iPad Pro will last up to 10 hours on a full charge. It also comes with support for AI capabilities.

After its long tradition of featuring a lightning port, Apple has finally introduced a USB-C Type port on the Apple iPad Pro. Apple users will be able to charge their iPad as well as connect it to other devices. Moreover, Apple users will finally be able to make use of the data transfer capabilities. And like most of its other devices, Apple has also eliminated the headphone jack on the iPad Pro.