Hey Alexa! Amazon has brought another latest addition to its Alexa-enabled speakers in India. The newly added member of the Alexa family is named as Amazon Echo Spot. This new smart speaker will join the previously launched Echo, Echo Dot and Echo Plus in the Indian market. However, the previously launched Amazon speakers did not feature a screen and were dependent on voice commands to perform a function.

Nevertheless, in addition to the voice commands, the new Echo Spot speaker will allow users to interact with the content on the display. It is the first smart speaker by Amazon to sport a touchscreen in India. Although, the first actual Amazon smart speaker to launch with the touchscreen option was Echo Show. However, the Echo Show speaker did not end up making its way to the Indian markets. 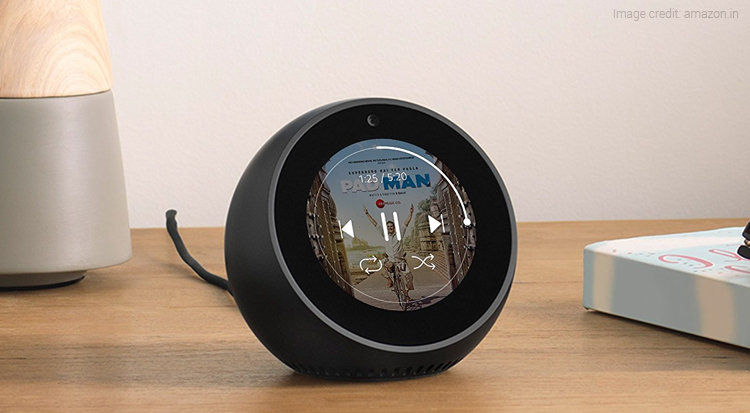 The Echo Spot smart speaker comes with a price tag of Rs. 12,999. But, Amazon is offering this speaker for Rs. 10,499 as the launch offer. It is available in Black and White colour variants. Additionally, ICICI users can make use of an extra 10 percent cash back offer on the purchase of this or any other Echo device. 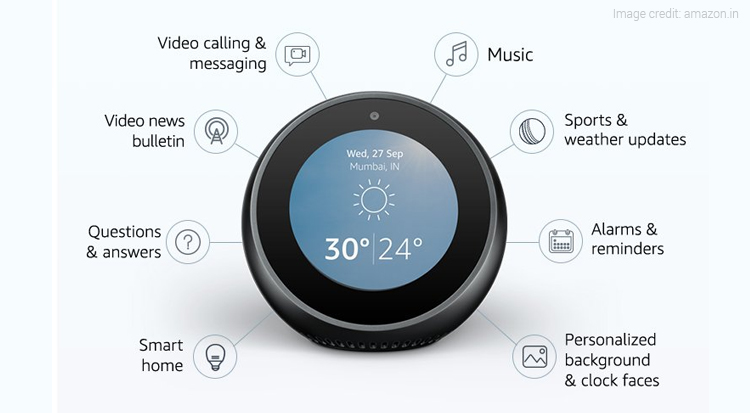 The device is the first smart speaker to come with a 2.5-inch circular touchscreen display. Users can now watch flash briefing from the TV station, play trailers from IMDB or playback movies from prime videos. Moreover, the device can also be used to read questions and answers given by Alexa. An added advantage for Prime members is that they can view product price, rating, images and reviews before placing their order by giving the right voice command.

Furthermore, the front-facing camera will allow you to make Alexa-to-Alexa voice controlled video calls. You can use the video call feature between two Amazon Echo Spot devices or on any iOS or Android device that has the Alexa companion app installed. An additional “Drop In” feature lets you recreate the feeling you get when a loved one or family member visits you. 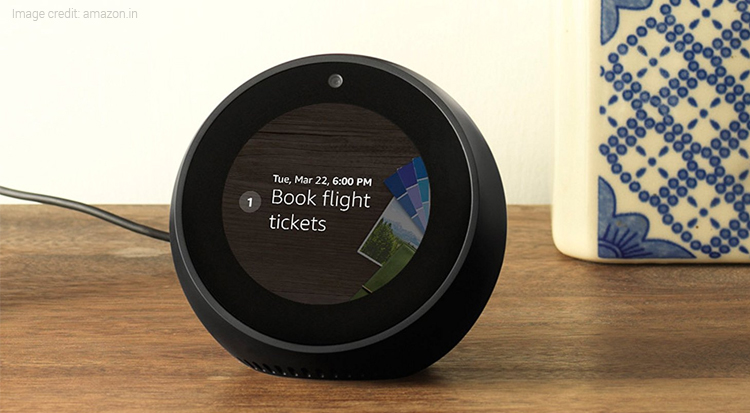 As for the music features, the device supports an acoustic beam-forming technology which also allows noise cancellation. Additionally, you can also convert your Amazon Spot to home entertainment system with Bluetooth connectivity or a 3.5mm aux. You can ask Alexa to play songs for you filtered by artists, genre, language and much more.

Going ahead, the device can also be placed on the nightstand to use as a clock or calendar. Also, other features on Amazon Echo Spot include controlling the room lights, getting weather updates and setting music alarms. Without a doubt, Echo Spot is a high-end device that we all need.