Acer has recently announced a new gaming laptop in India called as the Acer Predator Triton 700. It is an ultrathin notebook powered by the 7-th Gen Intel Core i7-7700HQ processor and Nvidia GeForce GTX 1080 GPU. The gaming laptop will be made available via authorised online stores and Acer Exclusive stores in India. It will be available for a price of Rs 2,99,999.

Acer has touted the slim design of its new laptop. The company has managed to offer powerful top-end specifications on this ultra-slim gaming machine. The chassis of the device is just 18.9mm in thickness. It is possible because of Nvidia’s Max-Q technology and the AeroBlade 3D metal fans which keeps the laptop cool. 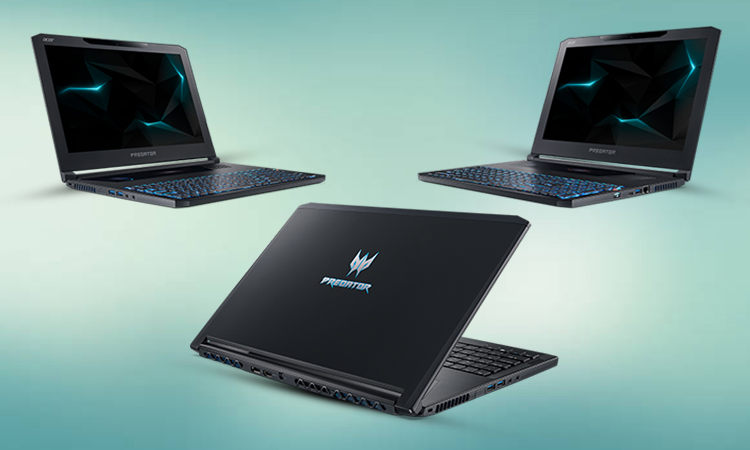 Acer is also flaunting the Dolby Atmos surround sound on the Predator Triton 700 which is enhanced by Acer TrueHarmony technology. In addition, there are two stereo speakers equipped with the laptop for an unmatched sound experience. It has Skype for Business certification to ensure smooth teleconferencing.

The connectivity features on the laptop include DoubleShot Pro networking, Thunderbolt 3, 2×2 MIMO tech, 2 x USB 3.0 ports, dual-band Wi-Fi, one USB 2.0 port, an HDMI 2.0 port, Bluetooth, Gigabit Ethernet port, and one DisplayPort connector. In addition, there is a Microsoft Precision Touchpad for accurate input. The new Acer gaming laptop boasts a 4670mAh battery which is claimed to deliver battery life of up to 5 hours.

The Predator Triton 700 laptop features an RGB-backlit mechanical keyboard. It has an anti-tech ghosting technology. There is Corning Gorilla Glass plate placed on the keyboard which acts as a window for the advanced cooling system. Furthermore, there is Acer PredatorSense software pre-loaded on the laptop which allows gamers to control and customise the essential settings from one place.