You are at:Blog»News»Xiaomi Officially Announces the Launch Date of Redmi Note 7 in India

Xiaomi is currently the leading smartphone brand in the Indian markets. This makes it pretty evident that every time a Xiaomi smartphone makes its debut, it garners a lot of attention in the country. Recently, reports emerged online that stated that the upcoming Redmi Note 7 will launch in March instead of February. However, the company has finally announced the launch of the smartphone in India via their official Twitter account. The Xiaomi Redmi Note 7 is finally set to launch on February 28, 2019.

Xiaomi has finally cleared all confusion pertaining to the launch of its upcoming smartphone. The official tweet by Xiaomi reads – ‘DO NOT keep calm, #thugLife will be unveiled on 28th Feb 2109!’ Interestingly, the letter ‘L’ in #thugLife is actually the number ‘7’. The tickets for the launch event are already up on sale. The launch event of the smartphone will take place in New Delhi. 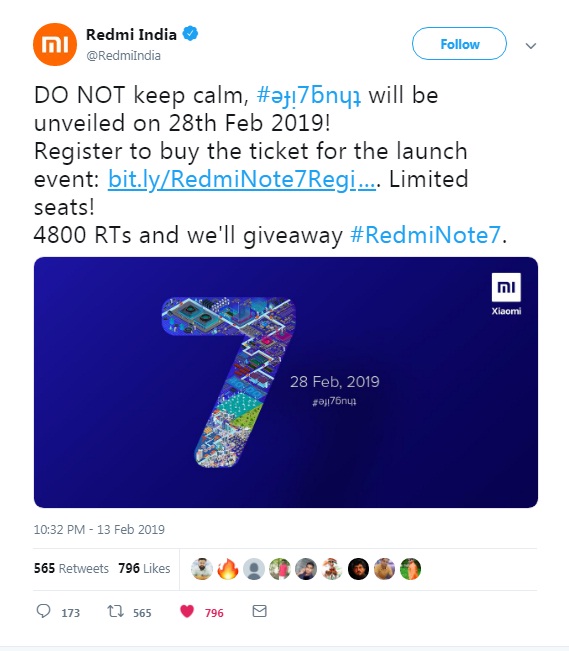 Coming to the specification, the most highlighted feature of this smartphone is the 48-megapixel rear camera. Without a doubt, with such amazing camera specs, this will be one of the good camera mobile phones hard to compete with. Apart from that, the smartphone will come with a 6.3-inch full HD+ display with a screen resolution of 2340 x 1080 pixels and an aspect ratio of 19.5:9. Additionally, the display also features a waterdrop notch with Corning Gorilla Glass 5 protection. 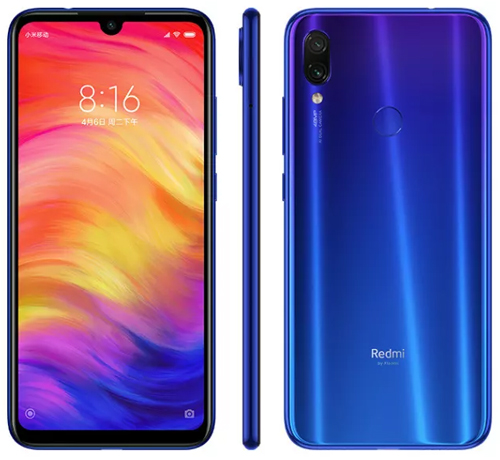 Under the hood, it will be fuelled by an octa-core Qualcomm Snapdragon 660 processor with Andreno 512 GPU. Furthermore, the smartphone will run on Android Pie with MIUI skin on top and it is backed by a bigger 4000mAh battery. Big battery mobile phones last for longer hours on a single full charge. The smartphone will be made available in 3GB, 4GB and 6GB RAM variants coupled with 32GB and 64GB internal storage. 6GB RAM mobile phones are far more efficient in terms of multi-tasking.

On the camera end, the smartphone sports a dual rear camera setup. This setup will include a 48-megapixel primary sensor coupled with a 5-megapixel secondary sensor. Moreover, the camera will also be backed with LED flash. On the other hand, the front camera will feature a single 13-megapixel sensor with autofocus and beauty mode. The rear panel also includes a fingerprint scanner for authentication and security.