Furthermore, the leaked renders of Mi 7 uncover the design and features of the upcoming Xiaomi smartphone. One of the most obvious design features that can be seen is a notch on top of the display. This feature doesn’t come as a surprise as most of the latest smartphones this year have launched with a similar design. 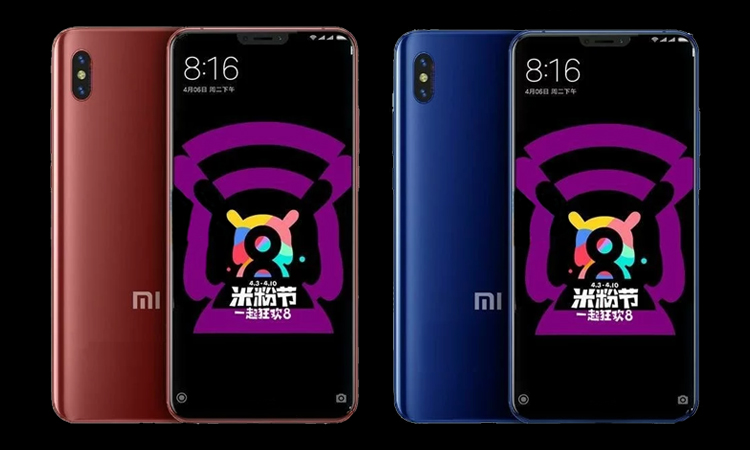 In spite of sporting an iPhone X-like notch design, Mi 7 does not feature 3D depth cameras for facial recognition. However, the notch is definitely smaller in dimensions. As for the rear end of the smartphone, the lack of a fingerprint sensor is quite visible. With no fingerprint sensor on the rear or side panels, it is safe to assume that Xiaomi Mi 7 will come with an under display fingerprint scanner.

Moreover, the rear panel houses a vertical dual camera setup similar to the one seen on iPhone X. The vertically placed dual cameras are separated by the LED flash. At the centre of the rear panel, the company has placed its branding logo. Apart from that, the volume and power buttons are placed on the right side of the phone.

The smartphone is most like to be available in Red, Blue and Grey colour variants. As for the price and launch date, there is no official announcement. However, it is expected to arrive in a couple of months to avoid tampering with the sales of Xiaomi Mix 2S.