Xiaomi has finally released the much-rumoured smartphone called as the Mi 5c in China. The newly launched smartphone boasts company’s own processor called the Surge S1. It is the first device to run on Xiaomi’s in-house SoC. The Surge S1 is an octa-core SoC which is built on 28nm architecture and is clocked at 2.2GHz. The Xiaomi Mi 5c is priced at CNY 1,499 (roughly Rs 14,500). It features a metal unibody design and will available in Gold, Rose Gold, and Black colour variants.

The Xiaomi Mi 5c is the successor to Mi 4c smartphone. The smartphone will feature a 5.15-inch full-HD (1080×1920 pixels) curved glass display. The device boasts an all new Surge S1 octa-core processor paired with 3GB of RAM and 64GB of internal storage. It runs on Android 6.0 Marshmallow OS wrapped under MIUI 8. The company has claimed that it will be upgraded to Android 7.1 soon. It will drag power from a 2860mAh battery with fast charging support.

For photography, the Xiaomi Mi 5c offers a 12MP primary rear camera with f/2.2 aperture, LED flash, and 1.25-micron pixels. Up front, it has an 8MP selfie shooter with f/2.0 aperture. The handset has a fingerprint scanner embedded on the home button in the front. The connectivity options on the device include 4G VoLTE, Bluetooth, GPS, USB Type-C port, FM Radio, Wi-Fi, and 3.5mm audio jack. The device measures dimensions at 144.38×69.68×7.09 and weighs 135 grammes. 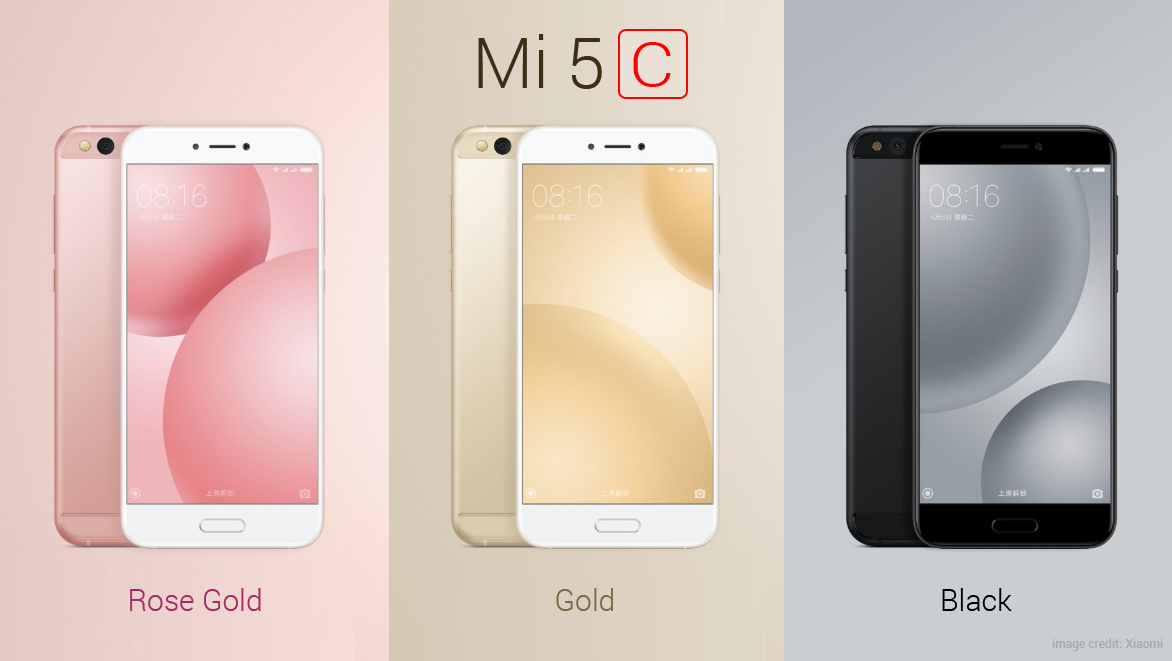 As mentioned, Xiaomi has integrated its first in-house processor in Mi 5c smartphone. The company stated that it only took 28 months for them to think of, manufacture, and integrate it into a smartphone on a large scale. The chipset integrates a Mali T860 quad-core GPU which is claimed to be offer 40 percent improved power efficiency. It has dual microphones for noise reduction. The ISP algorithm on the chip claims to improve the camera light sensitivity and noise reduction to protect detail in low light.