You are at:Blog»Latest Updates»Top 5 TV Series That Are Worth Binge-Watching in 4K Resolution

Binge-watching on TV series and movies are all the rage in our current generation. There are so many sitcoms and TV shows that are introduced almost every day. So, what are the top 5 TV series worth watching? If you are a proud owner of a brand new 4K TV or are in the plans of buying one, you will be wondering- what will I watch on it? Well, 4K TV’s have been in the market for quite some time now, and finding compatible content has become pretty much easy over the years. Oh, and we most certainly have Netflix, Amazon Prime and Hulu to thank to provide us with content worth streaming on a 4K resolution.

Shows like Game of Thrones, Narcos, Grey’s Anatomy and Big Bang Theory are the ones we have heard about and probably even watched by now. What are the other latest shows worth watching on a 4K TV? Well, are you intrigued to find out what TV shows are worth binge-watching in 4K resolution? That’s not all, we will also suggest you an affordable and amazing 4K TV that you could consider buying if you are looking for one. Are you ready? Then, let’s dive right into it. 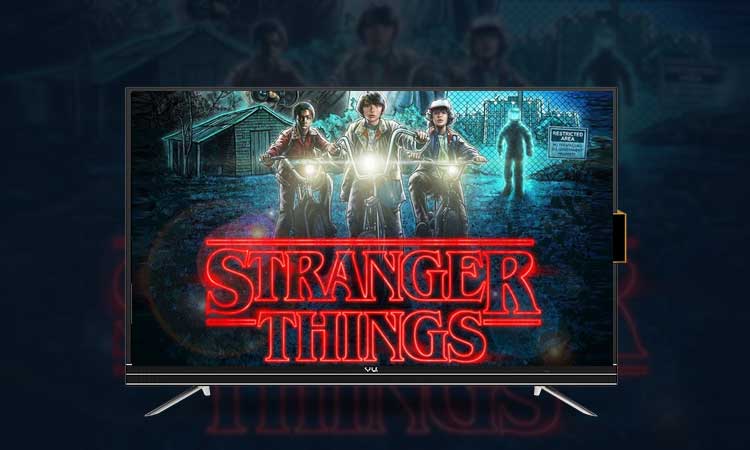 Stranger Things is one show that every science-fiction fanatic must definitely watch! There is a reason that this show made it to the top of our list. The show is based in the 1980s and revolves around four kids and one telekinetic super-girl in a small town. Things are nail-biting from the very first episode and things take an even bigger turn when an inter-dimensional monster that walls through wall makes an appearance. And with two seasons already out and the third on its way, it’s a series you will definitely enjoy watching on a 4K TV.

If you enjoy watching movies and shows like Stranger Things, then you can consider buying the Vu 4K Android TV. The TV has excellent image quality which makes its perfect for watching sci-fi shows in a dark room. Netflix is one of the pre-installed apps on this TV. So watching Netflix-based Stranger Things will definitely not be a problem on this TV.

Related Reads: Dive Into the Cricket Stadium-Like Experience with These Affordable 4K TVs in India

If you haven’t watched ‘The Good Place’ until now, then you are in for some treat! This NBC’s after-life sitcom cannot be talked up enough. The show is based on a deceased saleswoman called Eleanor Shellstrop who is sent to The Good Place (a.k.a heaven) by mistake. She tries to keep this mistake a secret until things start going wring in ‘The Good Place. What can go wrong in the good place right? Well, a LOT! If you enjoy smart comedy, puns and a wee bit of philosophy, you definitely won’t be disappointed with this show. This is definitely one of the top 5 TV series that you must watch on a 4K TV. Who wouldn’t want to take a trip through heaven in the perfect resolution?

Another great 4K TV that you could consider is the Cloudwalker Cloud TV. Interestingly, this TV also supports apps like YouTube, Netflix, Hotstar and Amazon Prime. So, binge-watching movies and series will not be a task. With its own Content Discovery Engine, this TV will let you watch Live TV & stream digital content at the same time on the same screen. Additionally, you can also download apps from the Play store. So, choosing this TV is a definite win-win. 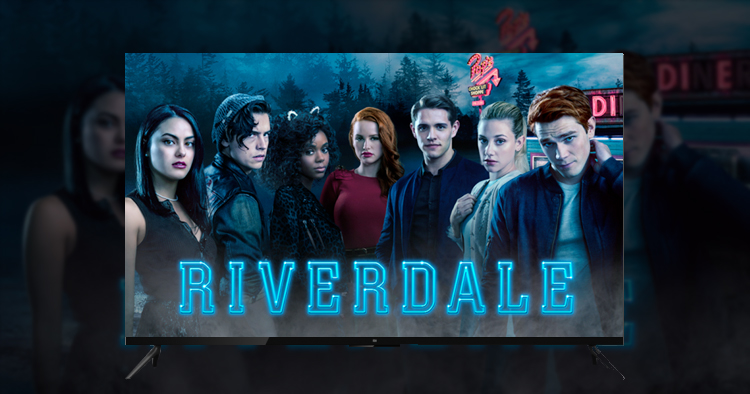 What comics did you enjoy reading as a kid? Did Archie’s pop up in your head by any chance? Well, if you enjoyed reading about Archie, Betty, Veronica and Jughead, you are going to love watching them on your TV. But, Riverdale is not your regular comedy series folks! Everything is going really great in this picture-perfect teen drama series. It’s only after a mysterious death of a student that things turn dark and our 4 beloved characters place the missing pieces together.

Well, another 4K TV that we will suggest is the Xiaomi Mi TV 4. It is one of the cheapest 4K TV in India. The TV has its own PatchWall UI which is based on Android. This TV comes with apps like Sony Live, Hotstar, Hungama Play, Voot, TVF and much more. Moreover, these apps offer online content at no extra charge. So, if you are looking for an affordable 4K TV, you know where to look.

Hulu’s ‘The Handmaid’s Tale’ is a haunting and vivid series without a doubt. The series is set in a totalitarian society, which was formerly known as the United States. The series follows the journey of the handmaid Offred. June Offred serves the commander and his wife, Serena Joy. In this terrifying world, she has absolutely no freedom. She is forced to deal with commanders, their cruel wives and fellow handmaids, with her every public move being watched on. Offred only has one goal: to survive and find her daughter who was taken from her. This award-winning TV series has some hard-hitting storylines that will keep you hooked.

Furthermore, you will absolutely love watching this series and similar content on the Panasonic TH-43EX480DX. Interestingly, this TV makes pictures look brilliantly detailed. Moreover, the content on the TV also looks more sharp and dynamic by boosting the brightness with a highly effective backlight system. The TV will most definitely give you the feeling of seeing the real thing, instead of something on a TV screen. Plus, you can connect to the web to stream your favourite shows. A pretty great catch, eh? 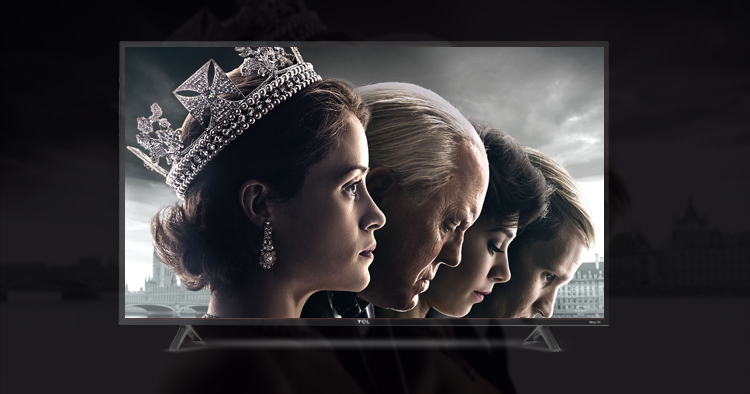 Another fantastic Netflix series has made its way in our list of Top 5 TV series. ‘The Crown’ is the most expensive TV series that Netflix has worked on. If you love yourself some historical drama, then you are in for an impressive binge-watching session. The crown is about the rise of Queen Elizabeth II from princess to monarch with her husband Prince Phillip on her side. It is a solid piece of historical drama and an instant classic.

And finally, the last 4K TV that we will suggest for our top 5 TV series is TCL Ultra HD Smart TV. The display on this TV supports HDR Pro and video upscaling. This means you can transform your 2K videos to 4K to watch content with more clarity. This TV also comes with apps like Netflix, Google Play Store and Google Movies. So finding binge-worthy content is already made easy!