Gone are the days when you had to burn a huge hole in your pocket to buy a flagship smartphone that comes with latest and the best features. Even a mid-range smartphone of today has the calibre to knock out flagships of past years. That’s why the flagship-level devices aren’t driving much volume in India when compared with the mid-range and budget segment. If you are wondering which smartphone you should buy under Rs 25000, then we have brought to you a list of top 5 smartphones under Rs 25000 in India. These are the latest and exciting offerings from top smartphone brands. Have a look.

HMD Global has recently launched its Nokia 7 Plus smartphone in India. The device is going to be available for purchase from April 30; however, the phone is worth waiting if you like to flaunt a stylish design and good specifications. Nokia 7 Plus runs on the latest Android Oreo operating system along with Android One features. That means you will get regular security and OS updates from Google for your device for at least next two years. 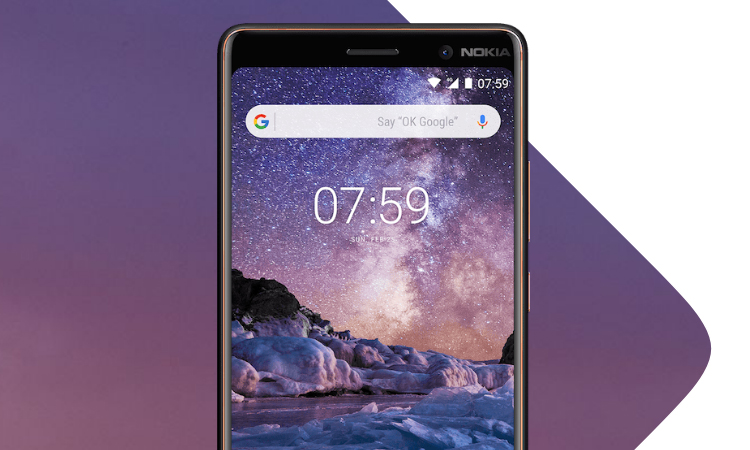 Coming to the pricing, the phone costs Rs 25,999 in India. It features a 6-inch Full HD+ (1080×2160 pixels) display with 18:9 aspect ratio and Corning Gorilla Glass protection. Under the hood, there is a Qualcomm Snapdragon 660 octa-core processor paired with 4GB of RAM, 64GB of internal storage and external storage of up to 256GB via microSD card. It is the latest smartphone among our list of top 5 smartphones under Rs 25000 in India.

For photography, there is a dual rear camera setup consisting 12MP + 13MP sensors with f/1.75 and f/2.6 apertures respectively. Also, there is a 16MP selfie shooter at the front. A 3800mAh battery completes the package.

The iPhone X-like notch has amazed you for sure, but you still want to stick to Android OS. Then, Vivo V9 could be a perfect buy for you. It is retailed at Rs 22,990 in India. It has iPhone X-like notch on its 6.3-inch Full HD+ (1080×2280 pixels) IPS display. The phone boasts an 85.2 percent screen-to-body ratio. It packs a Qualcomm Snapdragon 626 SoC coupled with Adreno 506 GPU, 4GB RAM, 64GB of internal storage, and external storage of 256GB via microSD card. 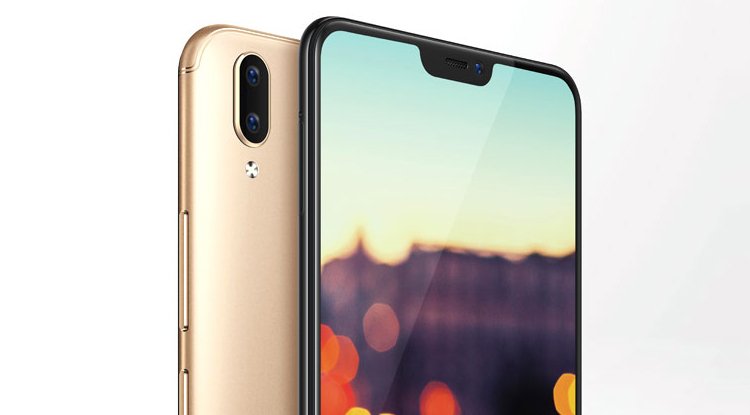 In the camera department, the Vivo V9 has dual camera setup at the rear with 16MP + 5MP sensors. Also, it has a 24MP front-facing camera for selfies and video calling. The built-in camera app supports AI Face Beauty features and AR Stickers. The handset runs on Android 8.1 Oreo OS powered by FunTouch OS 4.0 skin on top. It has 3260mAh battery. The Vivo V9 is one of the promising devices in our list of top 5 smartphones under Rs 25000 in India.

The Honor 8 Pro features a 5.7-inch Quad HD (1440×2560 pixels) display with 2.5D curved glass and Corning Gorilla Glass 3 protection on top. The handset is powered by a HiSilicon Kirin 960 chipset paired with Mali G71 MP8 GPU, 6GB of RAM and 128GB storage support. It runs on EMUI 5.1 based on Android Nougat OS. However, the company has rolled out the EMUI 8.0 update which is based on Android Oreo version over the air.

For photography, Honor 8 Pro offers a dual camera setup of two 12MP sensors which supports hybrid AF and dual-tone flash. There is a dedicated fingerprint scanner offered on the rear panel below the dual camera setup. The phone was launched at Rs 29,999 which later received price cut of Rs 3,000. The phone can be purchased around Rs 25,000 in India now. 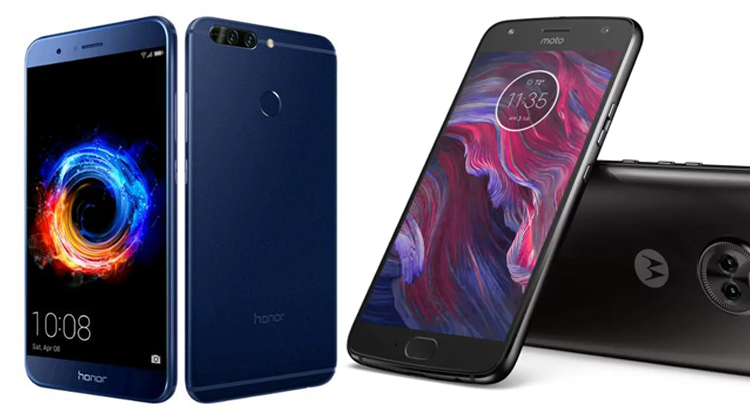 Moto X4 is the latest Moto X-series smartphone in India. The company has launched the device in multiple variants. The base variant having 3GB of RAM is priced at Rs 20,999; however, the 6GB RAM variant costs Rs 24,999. The phone features a 5.2-inch Full HD (1080×1920 pixel) display. In the camera department, the phone has a dual rear camera module with a combination of 12MP + 8MP sensors. Also, a 16MP selfie snapper with LED flash is offered at the front.

The device is powered by a Qualcomm Snapdragon 630 processor with speed clocked at 2.2GHz. The memory of the device depends on which variant you wish to buy. It has a 3000mAh battery which is competent to manage all day-to-day activities.

It runs on Android Nougat OS and has a 3600mAh battery. It has 16MP camera setup both at rear and front panel. A 3600mAh battery completes the package. Samsung is one of the most popular smartphone brands globally and many renowned publishers have appreciated the Galaxy A7 (2017) device including CNET, IndianExpress, Mobile Homepage, and many others.

This was our list of top 5 Smartphones under Rs 25000 in India. Hope it helped you decide which phone is perfect for you under Rs 25000. Let us know which phone you liked the most in the comment section below.