You are at:Blog»Lifestyle»Top 5 Fiction Books That Will Take You on a Trip through Space

Have you ever caught yourself staring into space wondering about every little secret that’s hidden from our eyes? Our galaxy is HUGE! Yet scientists believe our galaxy is just a tiny little speck in the universe. The universe has so many secrets that we have no idea exist. That’s where imagination comes in. Most fiction books are written out of the author’s imagination on what space might be like. If you are as intrigued by space and all other planets like we are, then this list of top 5 fiction books is for you. An additional bonus, if you enjoy reading, be prepared to be taken on a trip through space with each one of these fiction books.

Across the Universe by Beth Revis

Seventeen-year-old Amy embarks on a 300-year long journey with her parents leaving behind her love, friends and extended family. Everyone on the journey will be put to cryogenically frozen sleep to awaken on a new planet in the future. Yet, 50 years into the journey Amy is woken up from her sleep as someone tries to kill her. What is a girl to do when she is hundreds of light years away from the planet she comes from stuck in the middle of space? This is one of those fiction books that will make you feel the despair, frustration and urgency of all the characters. 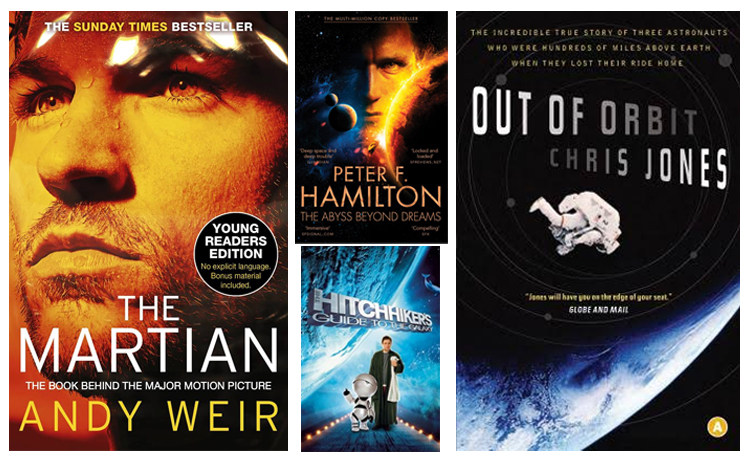 The Martian by Andy Weir

If ‘The Martian’ could turn out to be one of the greatest science fiction movies of all time, well then why not give the book a chance as well? Mark Watney was exhilarated to be the first person to walk on Mars. Little did he know that six days later, he might also be the first one to die on the planet. After being knocked out and severely injured by a sandstorm, Mark is left alone on the planet without any means to contact his crew or earth that he is alive. Are you intrigued yet? Read to find out how Mark’s will to survive gets him through the ordeal of surviving on a different planet.

P.S. – If you enjoyed reading or watching ‘The Martian’, then you should also give ‘Artemis’ by Andy Weir a chance. In his second novel, the author has brought together the magic he did with The Martian. If you love the space, then don’t miss these fiction books.

The Hitchhiker’s Guide to the Galaxy by Douglas Adams

Moments before planet Earth is completely destructed, Ford Prefect manages to rescue his best friend Arthur Dent from the ruination. What Arthur does not know at first is that his friend Ford is an alien from a small planet somewhere. Both friends embark on a journey on one of the Vogon constructor ships that destroyed the earth. Along with them are galaxy-full of fellow travellers such the president of the galaxy, his girlfriend and a depressed robot. Trust us when we tell you that you can’t put this book down once you start following Prefect through the stars in an unforgettable adventure. 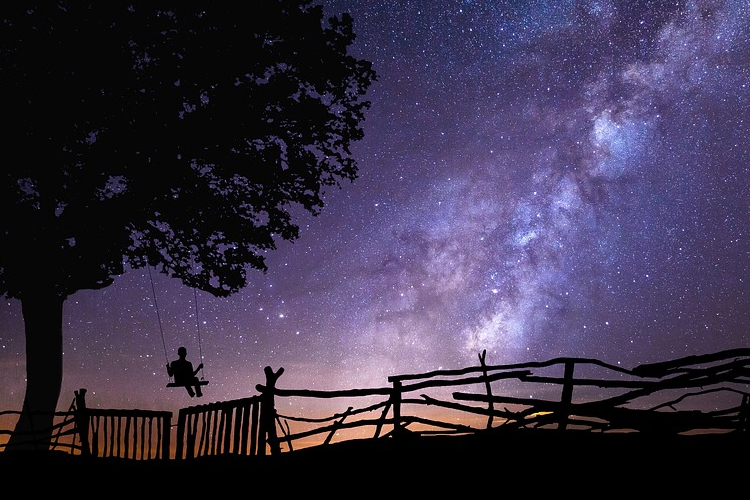 The Abyss Beyond Dreams by Peter F. Hamilton

It’s 3326, and Nigel Sheldon receives a visit from the Raiel – self-appointed guardians of the void. The void is a dark structure in the middle of the galaxy which is posing a threat to everything that exists. The Raiel manage to convince Nigel to be a part of a scheme to infiltrate the void. Once inside, Nigel realizes that it’s not just humans who have been trapped inside. But a lethal race of aliens lives there as well. These dangerous aliens may hold the key to save everyone stuck in the void. Only if Nigel can uncover their secret. This book is gripping, emotional, action-packed and intelligent. But most of all, this book shines as the perfect example of what a science fiction book should be like.

Out of Orbit by Chris Jones

We can assure you that this book will keep you on the edge of your seat with every new page. Out of Orbit by Chris Jones is a true story based on three astronauts who lose their ride home and are orbiting the earth. Astronauts Donald Pettit, Kenneth Bowersox and Nikolai Budarin who were near the end of a fourteen-week mission are left without a ride home when the Columbia shuttle disintegrates. The author has managed to capture the insight into the nerve-racking efforts by mission control to save these three astronauts who have lost their way back to the planet.