You are at:Blog»Android»Top 5 Android Games that will make you addict of them

Smartphone gaming is fun and the fun is two-fold if the game comes free of cost. There are different genres of games; some people like action, first-person-shooting, arcade, racing, while others like idle games. And if you are one of those who enjoys idle games which will help you pass some time, then this list is for you. Here we have brought the top 5 Android games for Android smartphones that are incredibly addictive.

If you haven’t heard about what idle games are about? Then, the idle games are also called as idle clickers and incremental games. These games often require simple tapping on the screen to perform different actions. This sounds boring, but these games are actually not. This is because the difficulty level of such games increases as you clears the levels. Plus, some levels are needed to be completed in the limited time period.

So, without further ado, let’s begin our list of top 5 free idle games that are available on Google Play Store. 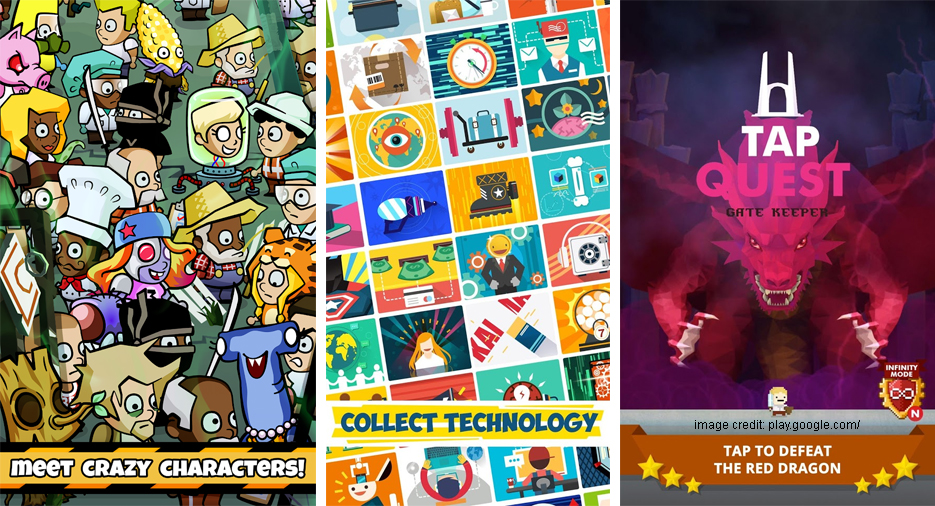 It is a wonderful role-playing game which has knacks to mesmerize you to play it for hours. You just have to tap on the display to kill enemies and win the battle. There are a variety of weapons, commanders, and companions using which you will have to win the battle. The game has 4.6 rating on the app store. The graphics, as well as the storyline of the game, is amazing.

Tap Titans 2 is one of the most popular Android games with over 5 million downloads. In addition, it appears in the Editor’s Choice category. The game graphics are superb and the storyline forces you to keep on playing the game. To play the game, you will have to tap on the screen to destroy enemies. It is one of the best game in our top 5 Android games list. You may like: Xiaomi Black Shark Gaming Smartphone is Now Official

In this game, you will have to perform a job of gatekeeper— not letting anybody inside. You will have to protect the gate from aliens and the dark forces. To attack, you need to tap on the left and right portion of the screen. You will have to make sure for the health of the tower. If the tower in the middle is broken, you are already losing the battle. The storyline, as well as graphics of the game, are decent. 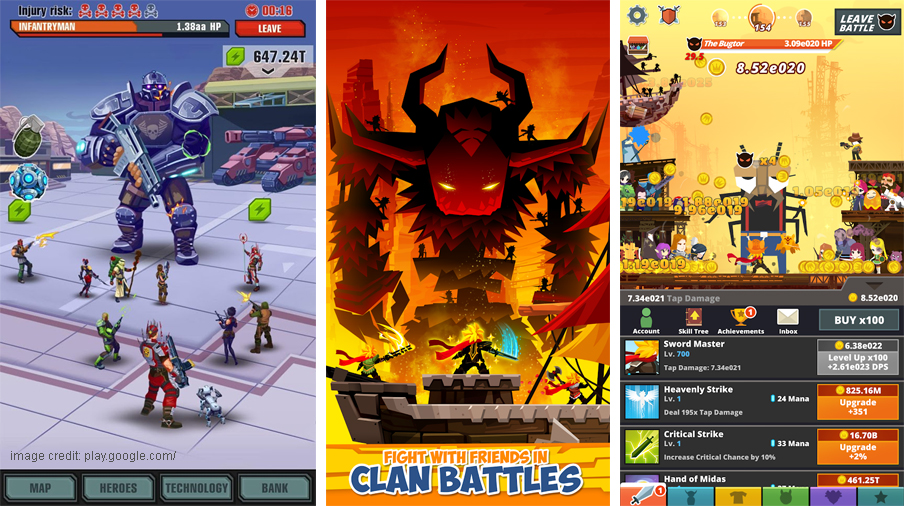 The Tap Tycoon is a money-making game (not real money) which allows you to start and manage various businesses. While playing this game, you will have to form your Business Empire. You will have to earn money and invest some of them back in your business to grow them. You can also buy other’s businesses and become a business tycoon.