According to these images, posted by igeekphone, the smartphone has been confirmed to feature a 21:9 display. The alleged Sony Xperia N1 will come with a 6.5-inch 4K display with HDR technology. Instead of the notch display mobile phones, we are seeing these days, this upcoming Sony mobile is seen sporting narrow bezels on the top and bottom. Moreover, the smartphone comes with IP68 rating making it one of the waterproof mobile phones. 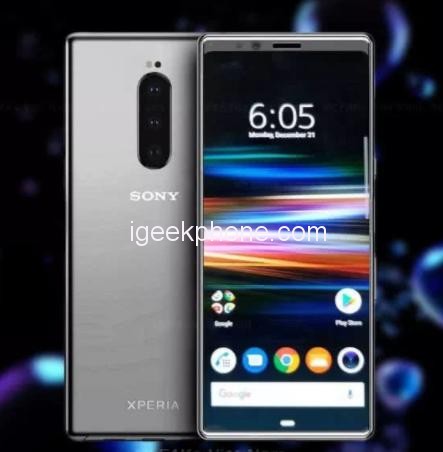 Additionally, the Sony Xperia N1 smartphone is believed to come with a new IMX 666 sensor for better imaging solution. However, there is no confirmation to this rumour as of yet. Furthermore, other details of the smartphone revealed that it will be powered by the upcoming Qualcomm Snapdragon 855 processor. On the storage end, it will feature 6GB of RAM along with 128GB/256GB of internal storage.

The smartphone will run on the latest Android 9.0 Pie OS. On the rear panel, the smartphone is seen featuring a triple camera setup, making it few of the triple camera mobile phones to launch in 2019. The fingerprint scanner is mounted on the side.