Samsung has launched its two wearable’s the Gear Fit 2 Pro and Gear Sport in the Indian market. These wearables were initially announced during the IFA 2017 in Berlin and will go on sale in December 2017. The Samsung Gear Fit 2 Pro which is priced at Rs. 13,950 is the next-generation fitness tracker. And on the other hand, the Samsung Gear sport which is priced at Rs. 22,990 is a fitness-centric smartwatch.

Coming to the Samsung Gear Fit 2 Pro, this fitness tracker is GPS enabled and sports a 1.5-inch Super AMOLED display with a resolution of 216 x 432 pixels. The display panel on the tracker acts as a secondary screen to let the user view activity, maps and messages. Furthermore, the smart fitness band will provide the user with real-time notifications and updates. 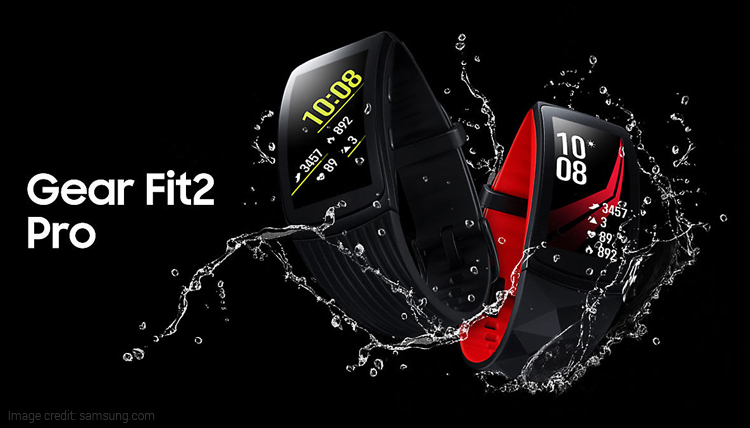 The Samsung Gear Fit 2 Pro is powered by a dual-core 1.0 GHz processor, a 4 GB internal memory and a 512 MB RAM. Additionally, it comes along with 200 mAh battery, Wi-Fi and Bluetooth connectivity. This smart fitness band is water resistant up to 50 meters of water and runs on the Tizen OS. Black and red will be the available colour options for this fitness tracker. On the other hand, the Samsung Gear sport features a 1.2-inch Super AMOLED display with a resolution of 360 x 360 pixels. The watch also sports a rotating bezel to allow an easy change in settings without blocking the display. According to The Indian Express report, this smartwatch will be compatible with most of the Samsung phones having Android 4.3 or later and Android 4.4 and later for other smartphones. For the iPhone users, this watch will work with iPhone 7, 7 Plus, 6S, 6s Plus, SE, 5 running on iOS 9.0 or later.

The Samsung Gear Sport is powered by a dual-core 1.0 GHz processor, 4 GB internal memory and a 768 MB RAM backed with a 300 mAh battery that can be charged wirelessly. It is water resistant up to 50 meters of water and runs on the Tizen OS. This smartwatch will be available in the black and blue colour options. 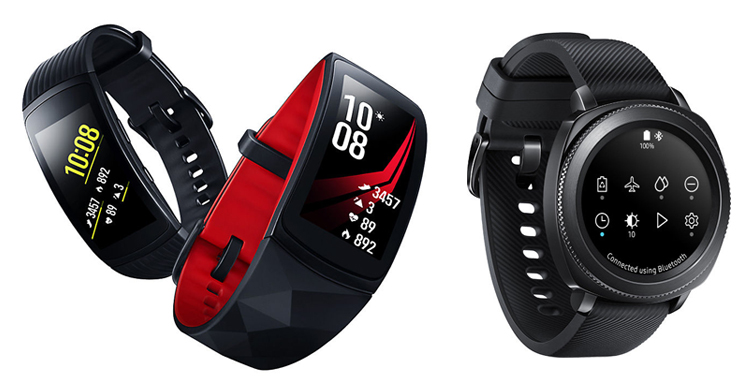 Apart from all this, both the Samsung Gear Fit 2 Pro and the Gear Sport come with heart rate sensors, built-in GPS for tracking, Bluetooth, Wi-Fi and an activity detection feature to recognise activities such as walking, running, cycling and much more.