What Do The Galaxy M10 Schematics Reveal?

Looking at the renders of the smartphone, the first thing that you notice is the Infinity-V display with thin bezels on the side and a thick chin on the bottom. Samsung has followed the trend of notched display mobile phones with this latest device. The display only houses the front selfie camera. Likewise, the rear panel showcases a dual camera set up along with flash and a speaker. 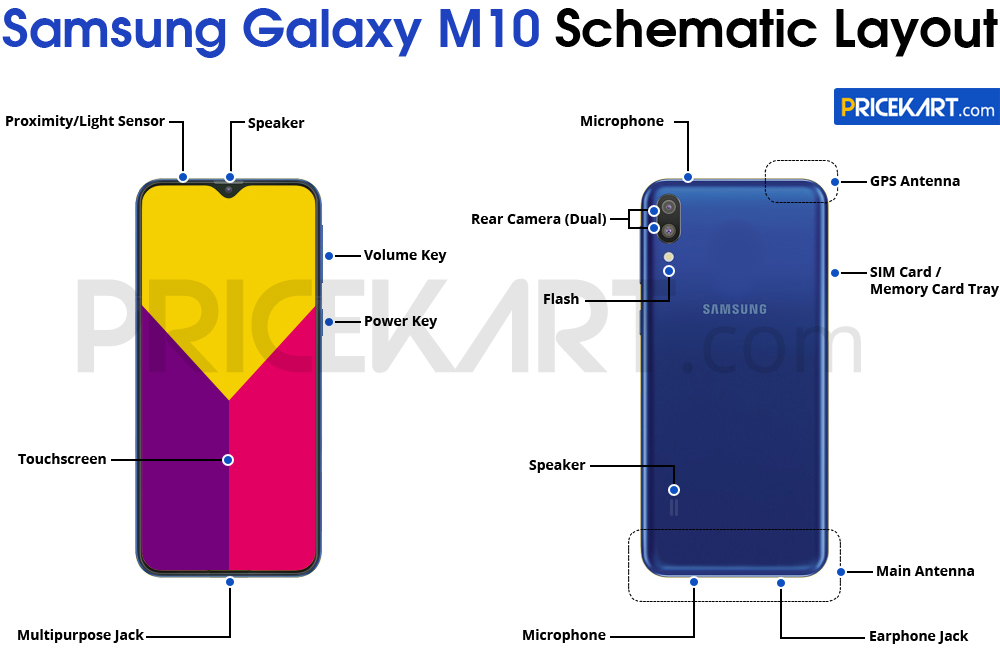 Additionally, on the right side, we can also see the smartphone featuring a power key and the volume rocker. Similarly, on the left side, the Samsung Galaxy M10 smartphone sports a SIM card slot. And, on the bottom, the device houses a 3.5mm headphone jack and a micro USB 2.0 port. 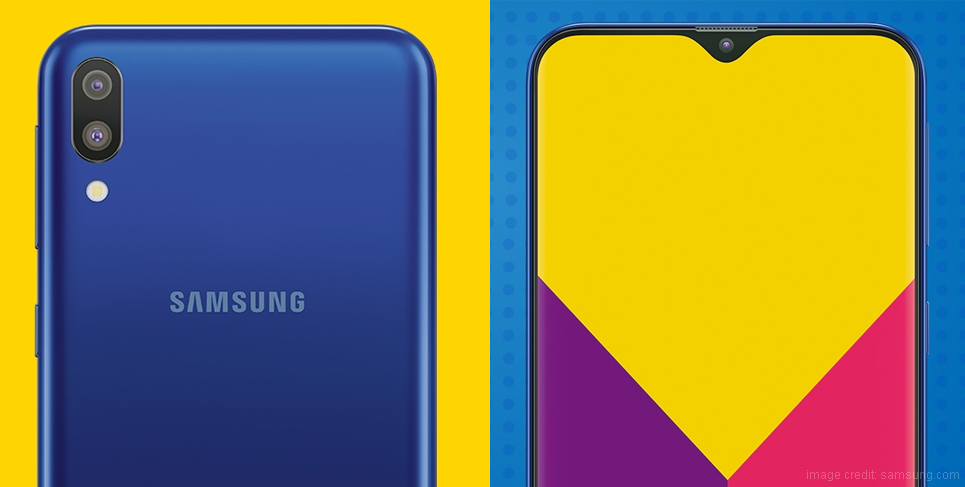 According to the leaked specifications, the smartphone will come with a 6.2-inch LCD display with an HD+ resolution. Under the hood, it will be powered by Exynos 7872 chipset. The chipset was announced last year, but the Galaxy M10 will be the first smartphone to feature it. Moreover, the smartphone will be available in 2GB RAM and 3GB RAM variants. As of now, the storage details still haven’t been revealed.

This new Galaxy M smartphone will further be boosted by a 3,400mAh battery. It will run on the Android 8.1 Oreo OS. On the camera end, the smartphone features a dual camera setup which will include a 13-megapixel primary sensor and a 5-megapixel secondary sensor. These sensors will come without the autofocus feature. The selfie camera specifications have still not been revealed as of yet. Seeing these specifications, it is easy to guess that the Galaxy M10 will be one of the Samsung mobile phones in India to be priced around Rs 10000.