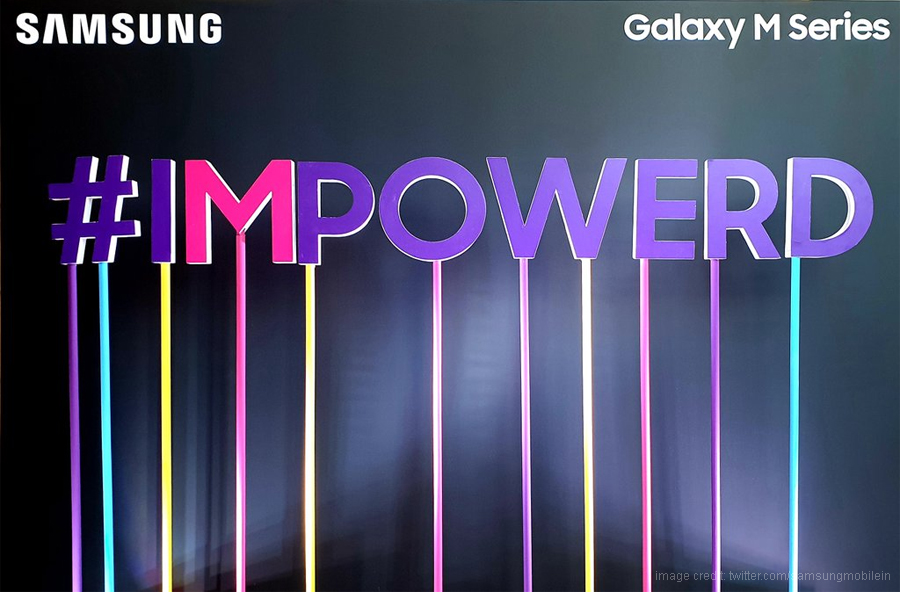 During the live stream, the first smartphone to make its launch was the Samsung Galaxy M20. The smartphone comes in 2 storage variants:

Display: As for the specifications, the smartphone comes with a 6.3-inch Infinity V display with more than 90 percent screen-to-body ratio. It is an edge-to-edge Full HD+ display with immersive viewing experience. Samsung has followed the trend of notched display mobile phones with this latest device. 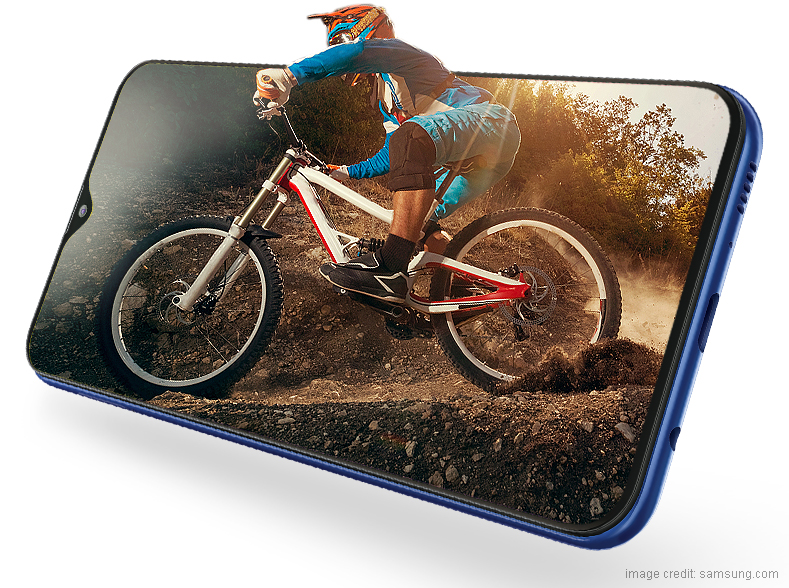 Battery: For the battery, it comes with a powerful 5000mAh battery with a Type-C charger with 15 W fast charging. It is one of the fast charging mobile phones that offer 3X faster charging. The battery also offers 28 hours of non-stop video viewing.

Camera: On the rear, the smartphone features a dual camera setup with a 120-degree ultra-wide angle lens. The dual camera setup includes a primary 13-megapixel sensor with f/1.9 aperture and a secondary 5-megapixel ultra-wide camera with f/2.2 aperture. The camera also supports low-light photography and live focus with background blur. On the front, the smartphone has an 8-megapixel camera. Processor: As for the performance, Galaxy M20 is powered by a powered Exynos 7904 octa-core processor which offers seamless multi-tasking abilities. Additionally, the internal storage can be expandable up to 512GB.

Colours: It will be made available in Ocean Blue and Charcoal Black colour variants.

The next smartphone that Samsung unveiled was the Samsung Galaxy M10. Even this smartphones comes in two storage variants which include:

Display: On the specifications end, the smartphone comes with a 6.22-inch HD+ Infinity V display with an immersive experience. Front Camera: On the front, the smartphone has a 5-megapixel camera with f/2.0 aperture. The selfie camera also supports in-display flash.

Processor: As for the processor, it is fuelled by a 1.6GHz octa-core Exynos 7870 processor. The storage on the Samsung Galaxy M10 can also be expanded up to 512GB with a microSD card.

Features: Some of the highlighted features of this smartphone are the new Samsung UI/UX and face unlock.

Battery: On the battery front, it is powered by a 3400mAh battery which is equipped to offer uninterrupted action.

Colours: Lastly, as for the colour variants, it will be available in Ocean Blue and Charcoal Black options.