Samsung has silently unveiled a new budget smartphone under the J-series. The newly launched smartphone is called as Samsung Galaxy J2 (2017) which is the refreshed version of Galaxy J2. It is the new Samsung mobile in India and is already listed on company’s official website. However, the company hasn’t announced the phone as of now.

Like mentioned above, Samsung India’s official website has listed the 2017 edition of Galaxy J2. The listing includes a ‘Where to buy’ option, however, it is not active as of now. Separately, a Mumbai-based retailer has revealed that the phone has been launched at a price of Rs 7,390 in India. Samsung is expected to announce the Galaxy J2 (2017) soon.

The latest Samsung smartphone features a 4.7-inch qHD (540×960 pixels) Super AMOLED display. It comes equipped with a 1.3GHz Exynos quad-core processor paired with 1GB of RAM and 8GB of internal storage. It’s worth mentioning that only 4.3GB memory is user accessible. Moreover, the users can expand the storage using microSD cards up to 128GB. 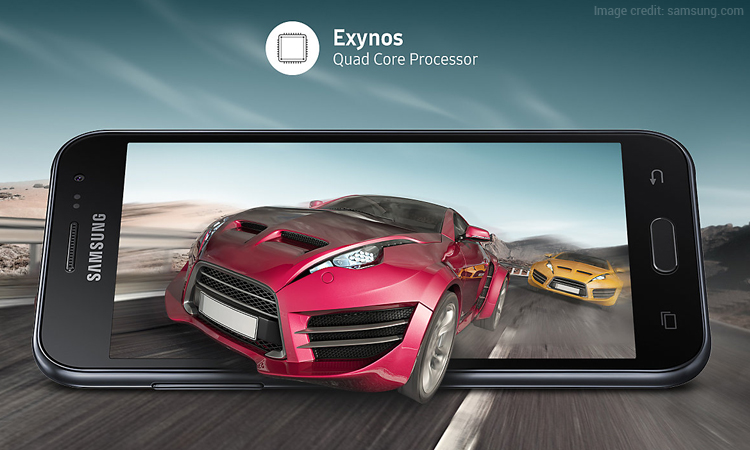 For photography, the Samsung Galaxy J2 (2017) offers a 5MP primary rear camera with a flash module. It also supports autofocus function. Up front, there is a 2MP selfie snapper. It is a dual-SIM mobile and comes with connectivity options like 4G, Bluetooth, 3G, GPRS/Edge, GPS/GLONASS, Wi-Fi, USB OTG, and a 3.5mm audio jack.

The Galaxy J2 (2017) features the Smart Manager which automatically manages the memory of the device. The feature is competent to detect the duplicate images on the handset and delete them automatically. In addition, it can also remove the saved APK files. Moreover, there is an Ultra Data Saving mode which can let users save up to 50 percent mobile data. The phone will be offered in Metallic Gold and Absolute Black colour options.  The device measures dimensions at 136.5x 69×8.4mm and weighs 130 grams. Also, the phone boasts a 2000mAh battery. With Galaxy J2 (2017), the company is trying to target the budget mobile phone segment in India. Looking at the price, the Samsung Galaxy J2 (2017) will compete with likes of Xiaomi Redmi 4, Nokia 3 and Moto E4 Plus to name a few.