You are at:Blog»News»Samsung Galaxy A6, Galaxy A6+ Launched: Specs, Features, Price

South Korean mobile maker, Samsung has recently launched two new smartphones under its Galaxy series- the Galaxy A6 and Galaxy A6+. Both devices are packed with advanced camera features. Furthermore, the Samsung Galaxy A6 and Galaxy A6+ flaunt company’s trademark Infinity Display alongside the proprietary Bixby voice assistant. 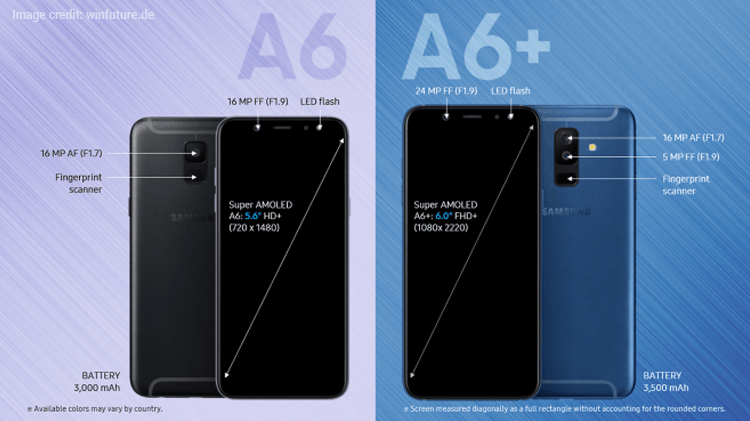 Coming to the availability, Samsung has announced that these phones will arrive in select markets from early May. These will be made available in international markets such as European, Asian and Latin American, initially. Later, the phones will be rolled out globally to the other important markets throughout Africa, South Korea, and China.

The Samsung Galaxy A6 features a 5.6-inch HD+ (720×1480 pixels) Super AMOLED display. The handset is powered by a 1.6GHz unspecified octa-core processor and is offered in two variants- 3GB RAM + 32GB internal storage and 4GB RAM + 64GB storage. Both are equipped with a 3,000mAh battery. On the camera department, the smartphone boasts a 16MP auto-focus primary rear camera with f/1.7 aperture. Up front, there a 16MP selfie snapper with f/1.9 aperture that doubles as a webcam. 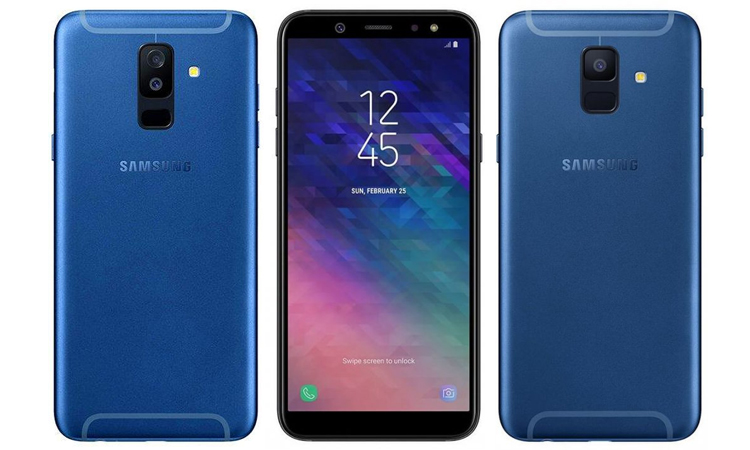 Under the hood, there is a 1.8GHz unspecified octa-core processor that is clubbed with 3GB/4GB of RAM and 32GB/64GB of internal storage options. Coming to the common features of both smartphones, they both run on Android 8.0 Oreo operating system. There is an external storage option of up to 256GB via microSD card slot.