You are at:Blog»Innovation»Quick Charge 4 Charges Smartphone Battery in 5 minutes

“Battery Dead!” could be one of the most terrible disasters that may happen to today’s Smartphone obsessed society. If you are amongst those who are concerned about posting the latest and perfect Instagram photo every time, or love using Google Maps while travelling or if you are a simply smartphone obsessed guy – worry no more! A new technology promises to give your mobile a supercharge boost within minutes.

All About the Quick Charge 4 Tech!

A new super-fast charging technology dubbed Quick Charge 4 was debut by a US company, Qualcomm. It is the company’s fourth generation of charging technology that offers major advancements in handset performance. Qualcomm manufactures semiconductors and telecommunications equipment for smartphones. The firm is also involved in making chips and other internal hardware bits for many Android smartphones makers including Samsung mobiles, LG and HTC mobiles. 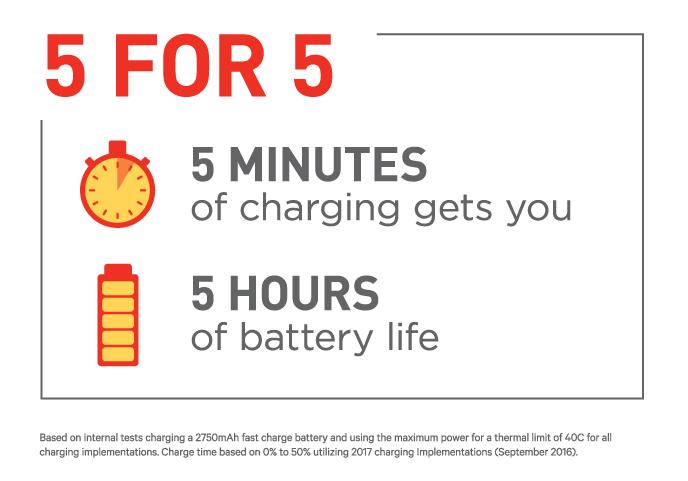 As compared to the last version Quick Charge 3, the new generation of Quick Charge offers of about 20% increase in the efficiency. The company says that Quick Charge 4 will provide phones with 5 hours of battery life in just 5 minutes, or up to 50% of a battery’s capacity in under 15 minutes depending on the device.

As per the sources, this new tech shall be made available with the Qualcomm’s Snapdragon 835 chip, which is expected to launch early next year. So if you want to reap the benefits of super fast charging, you’ll need to look out for phones that use the Snapdragon 835 chip next year.

The reports of dodgy third-party chargers causing phones to catch fire and the fiasco of Samsung Galaxy Note 7 blast has made “safety” a paramount factor for smartphone manufacturers. In fact Google mobiles that had recently entered the smartphone market with Pixel and Pixel XL mobiles has taken lots of care by implementing new guidelines for Android manufacturers.These pointers included charging recommendations that appears to ban Qualcomm’s Quick Charge tech. The recommendations called for all phones to be USB-PD compliant. Quick Charge 3 is not, however Quick Charge 4 is fully compliant with Google’s new recommendations.

Quick Charge 4 is all set to juice up the android phones really quickly. As per Alex Katouzian, senior vice president, product management, the tech addresses battery needs by providing up to 50% battery charge in roughly 15 minutes or less so that you don’t spend all the day chained to your charging cable.

So for those who live in perennial fear of a depleted phone battery, it shall be really worth waiting for Android phones in early 2017 and expect Qualcomm’s charging technology to appear in.