The weekend that we have all been waiting for is finally here. The last weekend of April 2019 holds a special place for all Game of Thrones and Marvel fans. Marvel Universe is finally giving us much awaited answers to Thanos wiping off half of humanity with a single snap of his fingers in the form of Avengers Endgame. On the other hand, this weekend we will also see the biggest war in the Game of Thrones history. It is the weekend when a lot of favourite fictional characters will meet with uneventful fates. We have no idea how many Marvel or Game of Thrones characters will go down this weekend. But, it is always fun to keep the excitement at a peak.  We have been hooked onto the world of Westeros since the first season of Game of Thrones released in 2011. For a GoT fan, the craze for this medieval fantasy goes beyond just watching it.

With only four episodes left, we fans are always on the lookout for the smallest bit of news related to our favourite series. To spice things a bit, what if we imagine our Westerosi characters living in our current day and age? Well, I for one cannot imagine the mother of dragons driving a car instead of riding her dragon to get to places. Nevertheless, if these Game of Thrones characters did exist in our day and age, what smartphone do you think they would flaunt around? With every character in the show having such a unique and remarkable personality, it would be fun to guess.

P.S. – Post could contain potential spoilers for people who haven’t caught up with all the episodes. 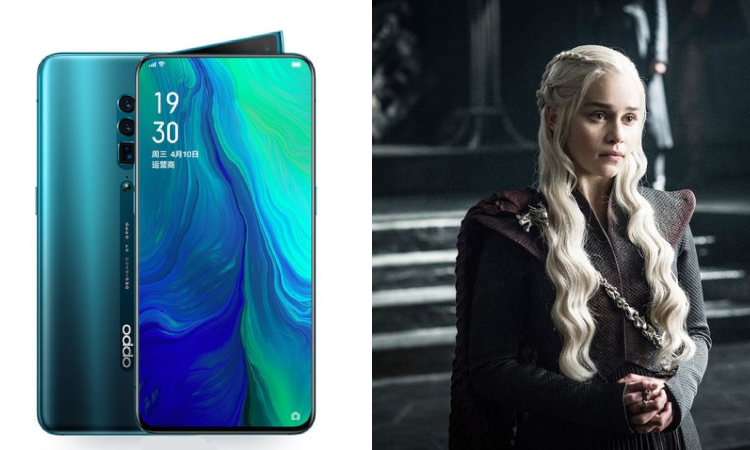 The mother of dragons has not always had it easy. Her journey from being an immature young girl to the mother of dragons and Khaleesi has been a captivating and inspiring storyline to watch. Daenerys truly has got it all. She rules in style, she is bold and her spirit is not easily broken. It’s because of her that the world saw not one, but three dragons after centuries.

For the mother of dragons, the Oppo Reno 10x Zoom Edition is the perfect match. Wondering why? Well, it is currently one of the best triple camera mobile phones, akin to her dragon. Relates to Dany and her three dragons, right? Additionally, the smartphone is stylish, bold and comes with a side-lifting pop-up selfie camera. The 10x Hybrid Optical Zoom makes the Oppo Reno 10x the perfect match for the fiery Khaleesi. 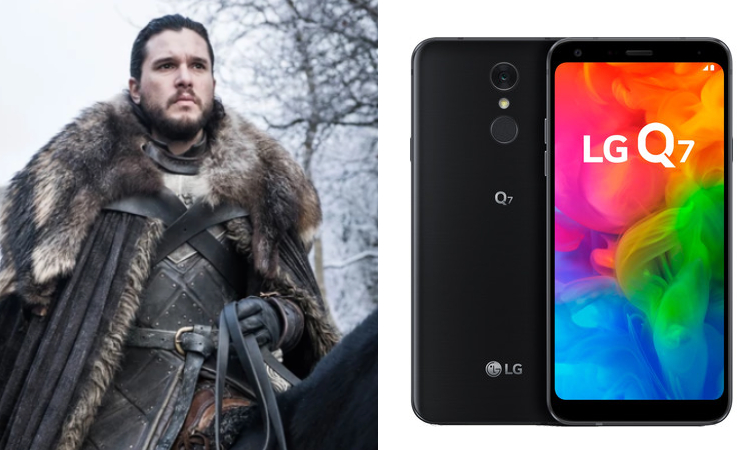 From being a steward to the Lord Commander of the Wall and finally the King in the North, Jon Snow has become one of our most beloved characters on Game of Thrones. Despite the games and deceptions, Jon Snow has remained one of the most honest, loyal and honorable characters. And there’s no questioning his honor, the man did take a lot of knives to his heart for it. It’s safe to say that his journey has not been an easy one.

For a man like Jon Snow, we will recommend the LG Q7. The smartphone is rugged, just like the character himself. LG Q7 is built to endure extreme conditions without any damage. While the smartphone does not have a lot of impressive features, it is an amazing entry-level rugged device. Moreover, just like Jon Snow’s expertise on the battlefield, the smartphone is sure to stand strong even after extreme usage. Interestingly, it will precisely match with Jon’s brooding look. 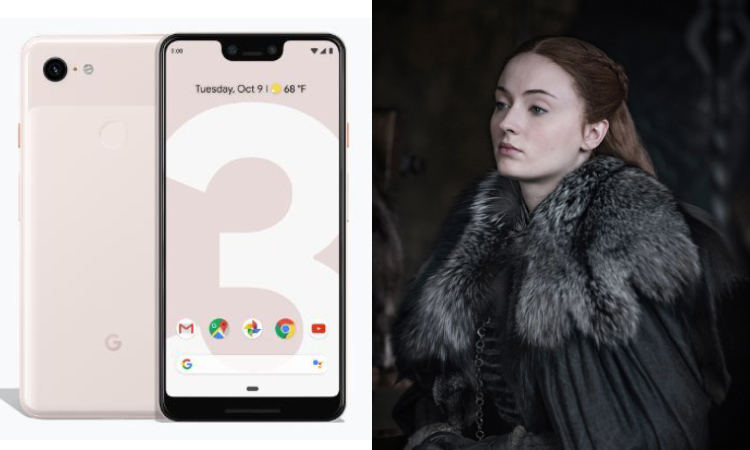 Lady Sansa should own a Google Pixel 3XL. Google Pixel mobile phones are known for offering the truest version of Android without making a lot of changes. This relates to Sansa who is extremely loyal to House Stark and would not tolerate anyone standing in the way of her family. 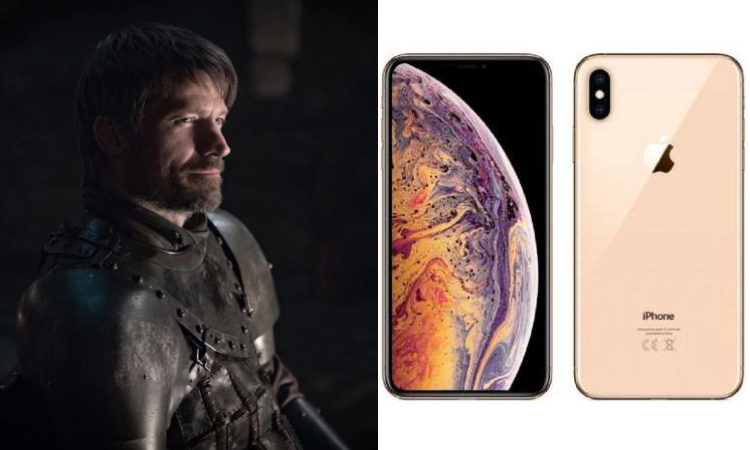 Jamie went from being one of the most hated characters to one of the most beloved characters on the show. He has been fiercely faithful and loyal to the people closest to him. His journey through the past eight seasons has been an absolute delight to watch. Even in the most difficult of situations, he holds himself strong like a proud lion. Born into the richest family of Westeros, Jamie deserves a smartphone worthy of his stature.

The Apple iPhone XS Gold variant would be just the phone for him! Apple iPhones define all things classy and refined. From offering amazing features & specifications, it is also one of the few wireless charging mobile phones in India. The brand has made a place for itself in the smartphone market and there is no phone that can overthrow its reign, much like House Lannister. 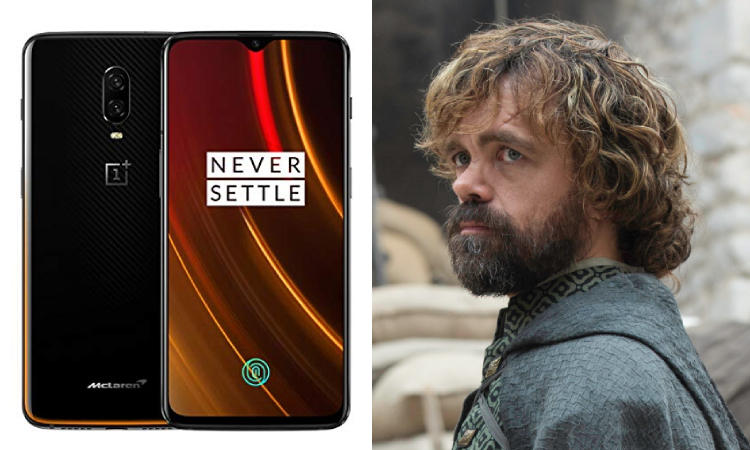 An absolute favourite Game of Thrones character will always be – Tyrion of House Lannister. He is clever, witty and a complete charmer. Tyrion is known for his inclination for flamboyance and showmanship. However, he also has a knack for making existing situations better. Maybe, that’s why our intellectual friend now serves as the ‘Hand of the Queen’.

OnePlus 6T McLaren will suit his personality aptly. The smartphone is the strongest and most powerful devices in the market. OnePlus mobile phones are not just designed to bring anything new but to do everything better with the existing technology. OnePlus 6T McLaren stands true to its tagline – ‘Salute to Speed’. This tagline perfectly suits the way Tyrion thinks and how he can get out of any situation. Plus, the Queen’s hand does deserve an extravagant phone, right? 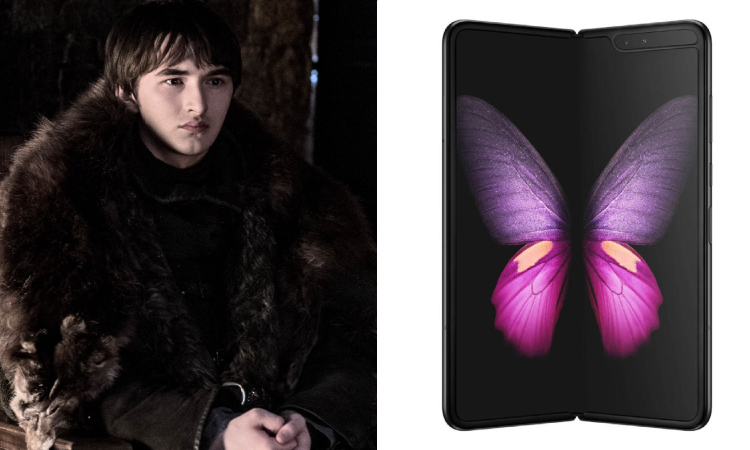 Bran Stark or like he calls himself – ‘The Three-Eyed Raven’ plays an extremely crucial role in the GoT universe. He is currently one of the most important Game of Thrones characters in Westeros. Being the three-eyed raven has allowed him to see everything that has happened in Westeros since the rise of the First Men.

Bran deserves nothing other than the very first foldable smartphone – the Samsung Galaxy Fold. Galaxy Fold is the first of its kind and shows a lot of potentials when it comes to the smartphones of the future. Just like it took us a while to understand Bran & his visions, the Galaxy Fold will take some time getting used it. However, it most definitely is a device of the future. 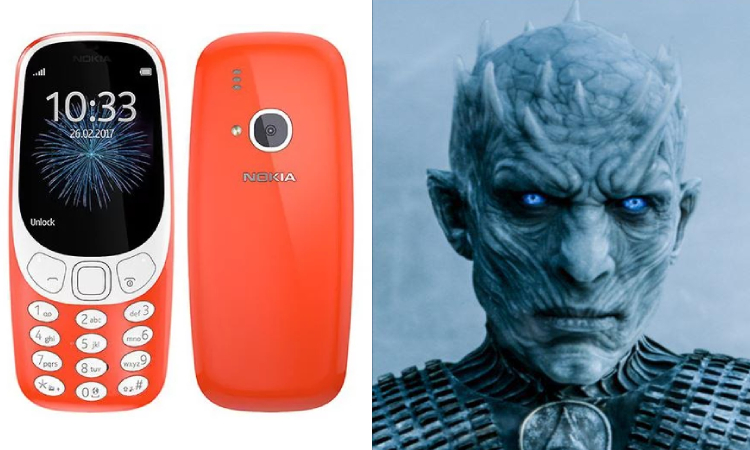 Lastly, if we are talking about Game of Thrones characters, we cannot really miss out on the Night King, right? He is the most feared character on the show. Everywhere he goes, winter and darkness follow. The Night King is popularly known for bringing back the dead to life. With a dragon and the army of the dead, there is nothing that can stop him from taking over Westeros.

Much like his character, even Nokia brought back its very famous 3310 smartphone to life. There was a time when everyone owned a classic Nokia smartphone. To rekindle the nostalgic feelings of what Nokia is popularly famous for, the company brought back its 3310 to life. It is one of the best budget mobile phones in India. And, this back from the dead smartphone is an exact match for the Night King.

There we are! At the end of our list of smartphones that Game of Thrones characters would own in our time. Don’t you wish that these characters actually lived in the age of technology? It would be interesting to watch them with added power.