You are at:Blog»News»Oppo Reveals the Prototype Design of its Foldable Smartphone

The images of the Oppo Foldable Smartphone give us a glimpse at the device without revealing any of the key specifications. On the design end, the concept of the smartphone is pretty similar to the one we saw on the Huawei Mate X foldable phone. Nevertheless, the smartphone has also maintained some of the form factor that we saw on Samsung Galaxy Fold last week. 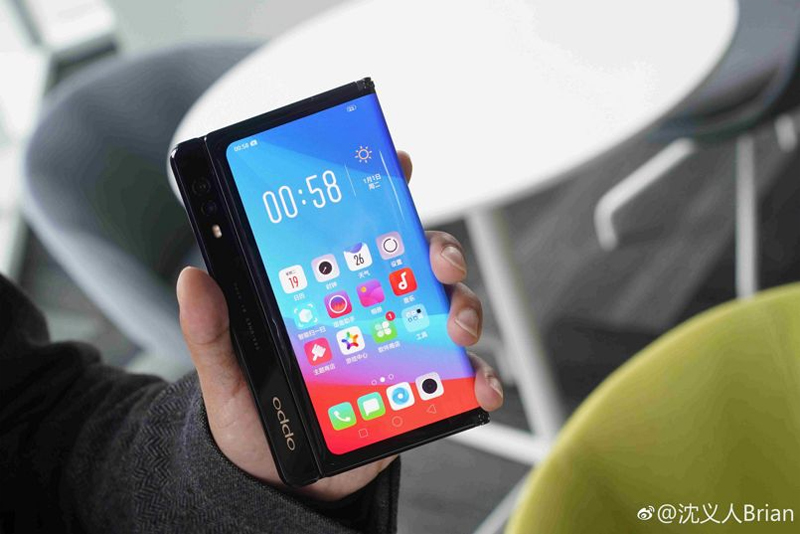 On the rear end of the smartphone (when folded), the device is seen with a thick bar on the left side. This bar serves as a grip and houses the dual camera setup and flash. Interestingly, while Samsung & Huawei introduced triple camera mobile phones, Oppo has just included a dual rear camera set up. Additionally, the company has also included the Oppo branding on the bar. 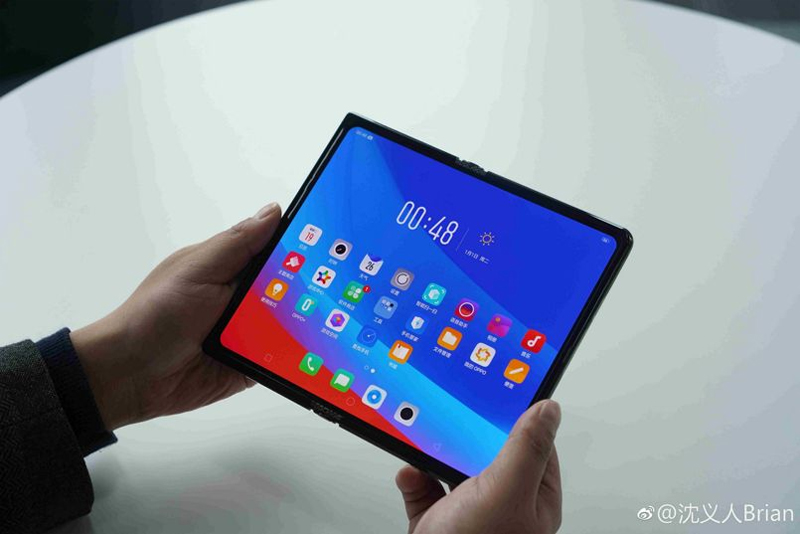 Other than the images, the company has not revealed any of the specification details of the smartphone. Moreover, Oppo has also claimed that it will not start the mass production of its foldable smartphone unless it sees a lot of demand. As for the price, we can expect Oppo’s foldable to be priced comparatively more than its flagship smartphones.