You are at:Blog»News»Rumours»Oppo F5 to Launch with 18:9 Display in October

Oppo has lately launched its Oppo A71 smartphone in India. Now, the company is reportedly working on a new flagship device called the Oppo F5 that might get launched next month in China. Moreover, the rumours are hinting that the upcoming Oppo mobile will come with an 18:9 display. However, the company has not made any official announcement regarding the F5 so far.

Previously, Oppo’s rival Vivo has launched a new smartphone called Vivo V7 Plus in India. It was the first mobile phone from Vivo to come with 18:9 display. Afterwards, the company launched Vivo X20 and X20 Plus that features 18:9 displays as well.

Oppo F5: All you need to know

The alleged Oppo F5 was recently spotted via Instagram posts of Oppo’s Philippines brand ambassador who received the new Oppo mobile as a gift. The phone appeared in the image flaunted a black coloured metal body. There is a golden ring visible around the dedicated fingerprint scanner on the rear panel.

Furthermore, the Oppo logo is offered in Golden hue as well. As of now, there is no official word received from Oppo at the launch event of Oppo F5. Still, the Oppo F5 is expected to be launched officially in October in India and the other international markets. In addition, a few billboards and hoardings of the upcoming mobile have spotted in several South Asian countries.

Interestingly, Oppo usually features physical home button at the front panel. However, the video in an Instagram post revealed a dedicated fingerprint sensor at the rear. The phone will have a single camera setup at the back panel and will offer a dual camera module on the front. 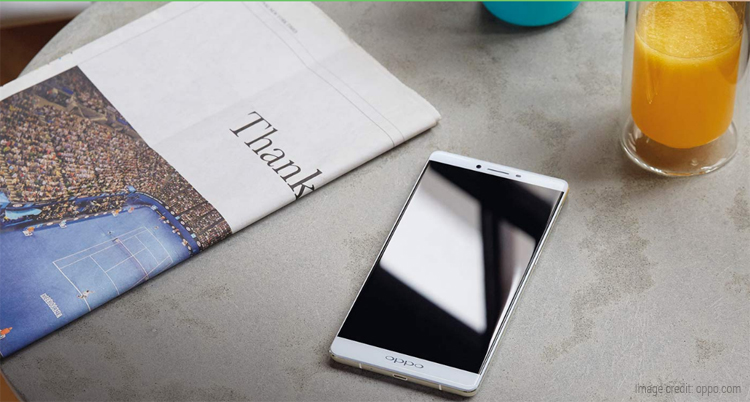 As a Diwali gift, the company will also bundle a Cricket bat signed by the Indian Cricket Team.