You are at:Blog»News»New Launches»Oppo A83 Launched in India with 3GB RAM

Oppo has recently confirmed that it will launch a new smartphone in the Indian smartphone market. The company has now launched the Oppo A83 smartphone in India. It will come with features like Face unlock and 18:9 aspect ratio display.

To recall, the Oppo A83 was launched in December 2017 in China. It was launched in two colour options- Black and Champagne. In India, the phone comes with a price tag of Rs 13,990.

Oppo has posted a tweet to inform fans about the launch of Oppo A83 smartphone in India. The company furthermore mentioned in the tweet that the upcoming mobile will come with exceptional features which will make users captivated to it. At this price point, the A83 will compete against likes of Honor 7X, Xiaomi Mi A1, and Samsung Galaxy On Max.

The latest Oppo mobile in India features a 5.7-inch HD+ (720×1440 pixels) LCD display with 18:9 aspect ratio. The handset is powered by a 2.5GHz MediaTek MT6763T octa-core processor with 32GB of internal storage. The storage can further extend up to 256GB via microSD card. 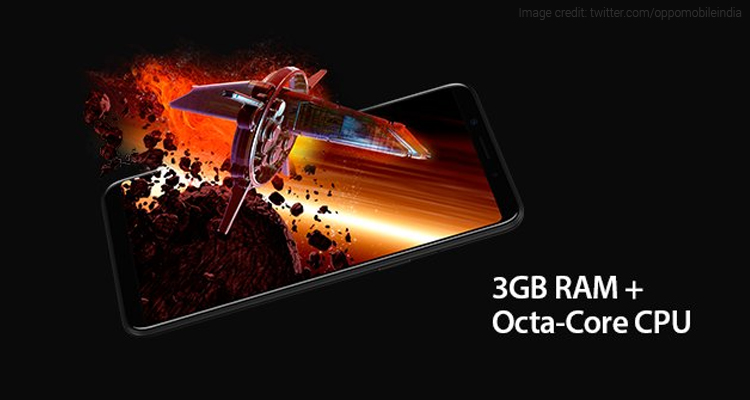 The phone comes with 3GB RAM in India. However, the original Oppo A83 launched in China came with 4GB of RAM. There is a 3180mAh battery equipped on the device.

On the camera department, the Oppo A83 offers a 13MP primary rear camera with LED flash. Up front, there is an 8MP selfie shooter. It has AI-based beautification features that were earlier seen on Oppo F5. For connectivity, there is support for 4G network, a micro USB port, Bluetooth, Wi-Fi, and a 3.5mm headphone jack.

It also has facial recognition technology. The company claims that the new facial recognition tech used on the device can unlock within 0.18 seconds. For this, the phone uses 128 unique feature points of user’s face. However, there is no fingerprint scanner on the device. The missing fingerprint scanner could disappoint few users as it has become a standard feature now in smartphones.