You are at:Blog»News»OnePlus 7 Leaked Images Show Off the Pop-Up Camera & Design

OnePlus started a new trend when it launched its first-ever smartphone back in 2014. It was the first OEM to offer flagship smartphones with mid-range price tags. OnePlus has created quite an exciting buzz about its upcoming smartphone. We will see the OnePlus 7 smartphone launch in the early Q2 of 2019 with flagship features. While, we did not get to see a glimpse of the smartphone at the MWC 2019, the recent OnePlus 7 leaked images flaunt the design and the features of the smartphone.

Images of the next flagship killer have finally surfaced online after a long wait. The highlight of the smartphone is the pop-up selfie camera. Vivo was the first to introduce the concept of pop-up selfie cameras, and it looks like OnePlus is going to follow in the footsteps. The inclusion of the pop-up camera will make OnePlus 7 one of the bezel less display mobile phones. 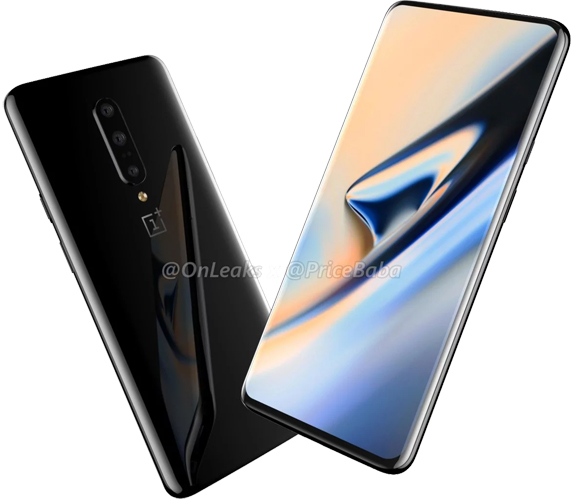 Another thing we know for sure is that OnePlus 7 will run on the flagship Qualcomm Snapdragon 855 processor. Earlier rumours speculated wireless charging feature. However, it has been confirmed that OnePlus 7 will not be one of the wireless charging mobile phones. On the bottom, the smartphone is seen features a USB Type-C port with the microphone next to it. But, the headphone jack is not visible anywhere on the device. Lastly, like always, the smartphone will feature a power button and alert slider on the right side.