You are at:Blog»Comparison»OnePlus 6T is Here: What Makes it Different From the Previous OnePlus Phones?

One of the most awaited smartphones of the year – OnePlus 6T is finally here. The smartphone made its debut on October 29 at an event that was held in New York. Additionally, the smartphone will launch in India on October 30 during an event in New Delhi. Like all the previous T models, the latest OnePlus smartphone also comes with a whole set of new features & specifications, while retaining similarities with its predecessor. When the OnePlus 6 smartphone launched six months back, the smartphone was commended for its innovative specs and features. Now, six months later we have another new smartphone added to the series. Ardent fans of the OnePlus series will have two important questions about the phone – what makes it different from its predecessor? And, is it worth the upgrade? To answer these questions, let’s take a look at what’s new and different in the OnePlus 6T smartphone.

One thing that OnePlus has tried to change about its latest smartphone is the design. While the differences aren’t major, they are pretty visible at the first glance. The first thing that you will notice is the notch. The OnePlus 6 smartphone came with an iPhone X-like notch design on the display, the OnePlus 6T smartphone comes with a smaller waterdrop notch. Furthermore, the smartphone comes with a 6.41-inch display which makes it slightly taller than OnePlus 6 (6.28-inch display). OnePlus 6T is also comparatively more durable and stronger than its predecessors as it is protected by Corning Gorillas Glass 6. 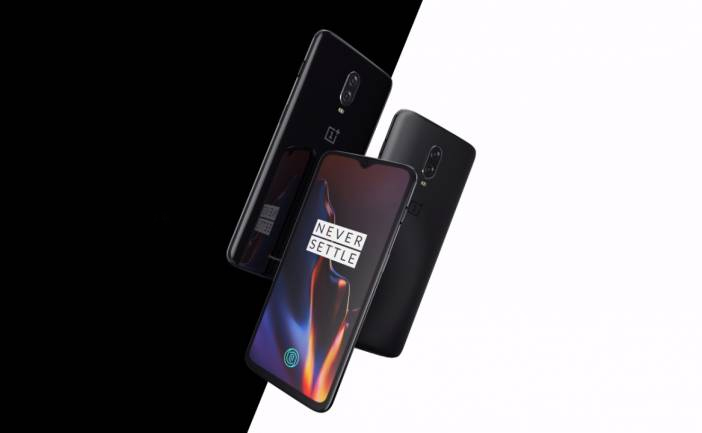 To incorporate the under-display fingerprint scanner, like few of the smartphones from the latest mobiles price list, OnePlus has removed the headphone jack from the smartphone. However, as little consolation, the smartphone comes with a USB Type-C port. Buyers will get a free Type-C 3.5mm adapter dongle with the smartphone.

The OnePlus 6T smartphone runs on the latest Android 9.0 Pie with a new OxygenOS skin on top. This skin brings in new gestures and elements to the user interface. As for the battery, the smartphone comes with a 3700mAh battery with, which is 23 per cent stronger than the 3300mAh battery seen on the OnePlus 6. Additionally, the phone also features support for 5V/4A fast charging technology. The company claims that charging the phone for 30 minutes will provide users with a full day of charge. While there are various smartphones from the big battery mobiles price list, the latest OnePlus smartphone is just as equal due to its fast charging technology. 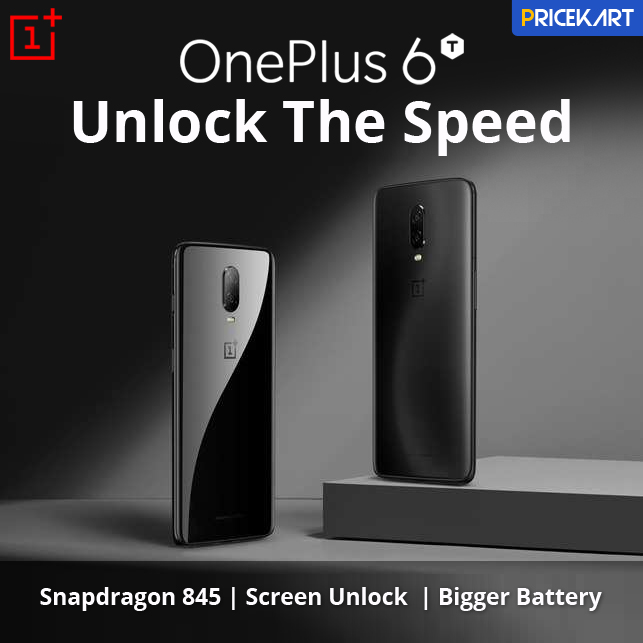 There is no difference between the camera specification between the OnePlus 6 and latest 6T smartphone. Both the smartphones come with a combination of 16-megapixel and 20-megapixel sensors on the rear panel. On the other end, the front panel houses a single 16-megapixel camera for selfies and video calling. In spite of similar camera specifications, the 6T smartphone will support Nightscape and Studio Lighting to capture better low-light photos. Interestingly, the 6T smartphone is also one of the best face unlock mobiles you can opt for.

As of now, OnePlus has announced only the Mirror Black and Midnight Black colour variants for its smartphones. However, it is safe to assume that the customary Red variant will soon make its appearance as well.