You are at:Blog»News»Rumours»Nokia 9 Leaked with 8GB RAM, Snapdragon 835 SoC on GeekBench

Nokia has finally made its way into Indian market this month with its Nokia 3310 feature phone. The Nokia comeback has been praised by its large fan following. The popularity of Nokia mobiles can be witnessed in the flash sales when the stock gets sold out in a moment. Nokia has already launched its four devices; however, the company is about to unveil its first flagship smartphone after the comeback. Now, a new flagship level smartphone rumoured as the Nokia 9 has visited the GeekBench platform and revealed some key specifications of the upcoming mobile.

A new Nokia device has been spotted on GeekBench listing with a codename ‘Unknown Heart’ which features flagship level specifications. The Unknown Heart is suggested to be the much-rumoured Nokia 9 smartphone. The listing revealed that the device will have the latest Qualcomm Snapdragon 835 SoC paired with a whopping 8GB of RAM and it will run on Android 7.1.1 Nougat OS. The device has scored 615 on single-core test and 1116 on the multi-core test.

To recall, the alleged Nokia 9 was previously rumoured to be codenamed as HMD Global TA-1004 which was listed on GeekBench and expected to sport 4GB of RAM in it. Furthermore, the listing suggested that the device will have a 5.3-inch QHD display, a dual primary rear camera setup with 13MP sensors, and 64GB of internal storage. The handset is believed to have support for Quick Charge 4.0.

Coming to the price, the Nokia 9 is expected to come with a price tag of EUR 750 (roughly Rs 54,000). The price seems pretty steep and hence it will compete with the premium flagship smartphones out there in the market. 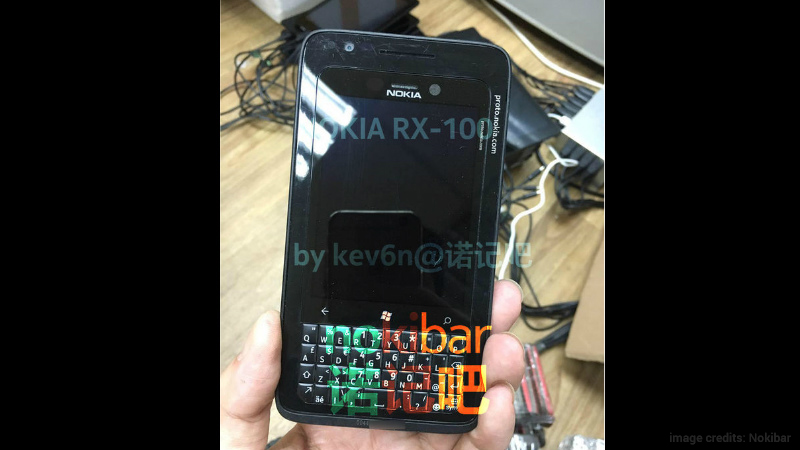 On the other hand, another Nokia device has been leaked on Chinese site Teiba along with a codename RX-100 which is likely to feature a QWERTY keypad. The integration of QWERTY keypad suggests that the device will be targeted towards business users. Back in 2012, Nokia was rumoured to be planning on a device running on Windows Phone 8 with QWERTY keypad. Unfortunately, the phone didn’t make its appearance in the commercial market.

Apparently, the QWERTY phone project doesn’t seem like been shelved yet. The company is working on a QWERTY keypad smartphone again.