You are at:Blog»News»Nokia 6 Pre-Bookings Starting on July 14, Shipping in Mid-August

In the beginning of this year, HMD Global made debut in Android smartphone market. The Nokia 6 smartphone was first announced last year in China and its global announcement was made at Mobile World Congress earlier this year. Later the Nokia 5, Nokia 3, and the Nokia 3310 (2017 Edition) joined the bandwagon.

The once-loved Nokia brand finally entered the market in June with the launch of Nokia 3, Nokia 5, and Nokia 6. As of now, only Nokia 3 is available in the market. HMD Global expressed in a statement that the Nokia 5 and Nokia 6 will be made available to buy in India by mid-August. The previously leaked video of Nokia 6 already provided a glimpse of the design language of the device. 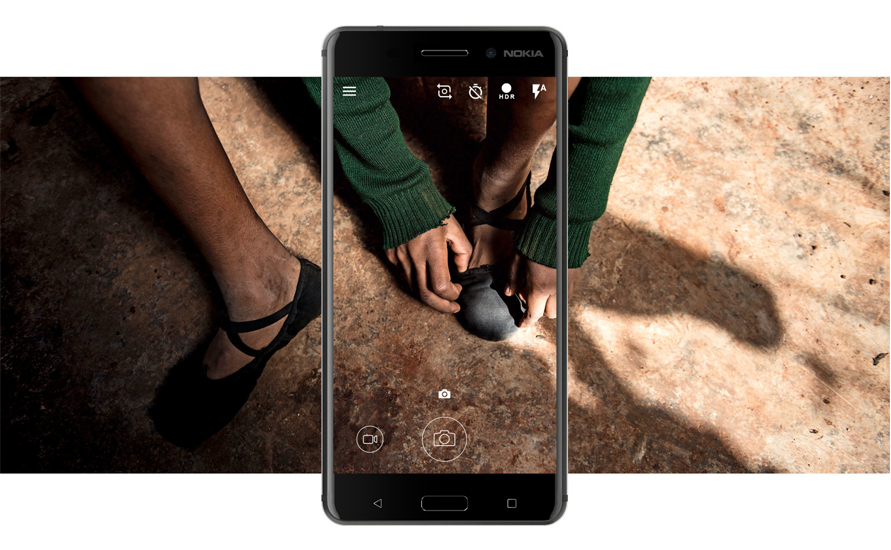 Citing the sources, NokiaPowerUser has released a report in which HMD Global says that the response for Nokia 3 has humbled the company. Adding to this, HMD Global mentioned that it will introduce the Nokia 5 and Nokia 6 smartphones in India by mid-August.

The company is presently ramping up the production for Nokia 3 on priority to serve the existing consumer demand. It will begin the production of Nokia 5 and Nokia 6 in the coming week and get them ready for shipping by next month. Another report from IndianExpress suggested the price of Nokia 6 to be around EUR 229 (roughly Rs 16,000).

Coming to the specifications, the Nokia 5 features a 5.2-inch display powered by a Qualcomm Snapdragon 430 SoC paired with 2GB of RAM. If boasts a 3000mAh battery, 16GB of internal storage, microSD card slot for storage expansion, and a 13MP primary rear camera alongside an 8MP selfie snapper. 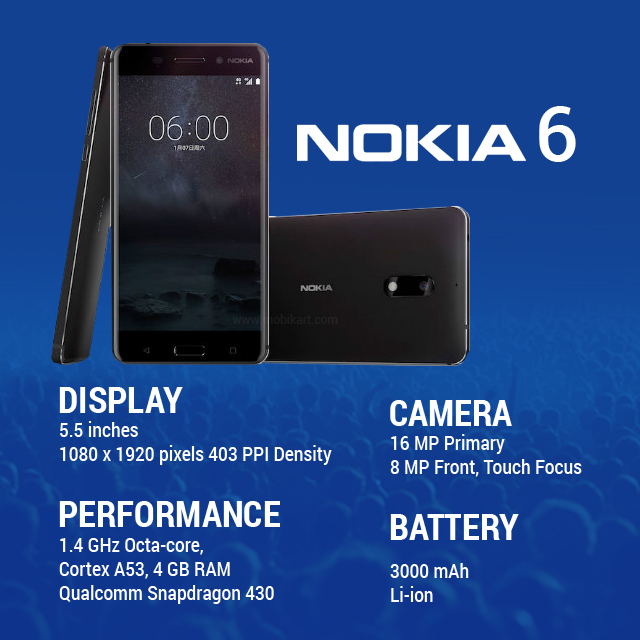 In contrast, Nokia 6 features a 5.5-inch display powered by a Qualcomm Snapdragon 430 processor paired with 3GB of RAM. It comes equipped with a 16MP camera sensor at the rear and an 8MP camera at the front panel. The device has 32GB of internal storage and a 3000mAh battery to keep the device powered all the time.

Separately, Gadgets360 also reported that they have confirmed HMD Global’s plans for the sale of smartphones around August 15, which is Independence Day. Therefore, the Nokia 6 and Nokia 5 won’t come to India until August. The pre-booking of Nokia 5 began last week from July 7. The phone is expected to be an offline only smartphone initially. Alongside the Nokia 6, HMD Global is most likely to release the Nokia 5 by the mid-August.

It will be interesting to see when HMD Global will launch its upcoming Nokia mobiles in India.