You are at:Blog»Innovation»MWC 2018: Smartphones That Stood Out From the Rest

Nokia unveiled a total number of five smartphones during the MWC 2018 event. Out of the five, the Nokia 8 Sirocco smartphone caught everyone’s attention. The smartphone runs on the purest form of Android called the Android One. Other than that, the smartphone is powered by a Snapdragon 835 processor coupled with 6GB of RAM and 128GB of internal storage. It also comes with an IP67 rating which makes it water and dust resistant.

On the design end, the smartphone has a gorgeous stainless steel and glass body. The company has also cut down on the bezels which mean a bigger 5.5-inch pOLED screen. Along with its curved edge screen, Nokia becomes the only brand other than Samsung to display the futuristic design. All in all, the Nokia 8 Sirocco did manage to turn a lot of heads during the event. 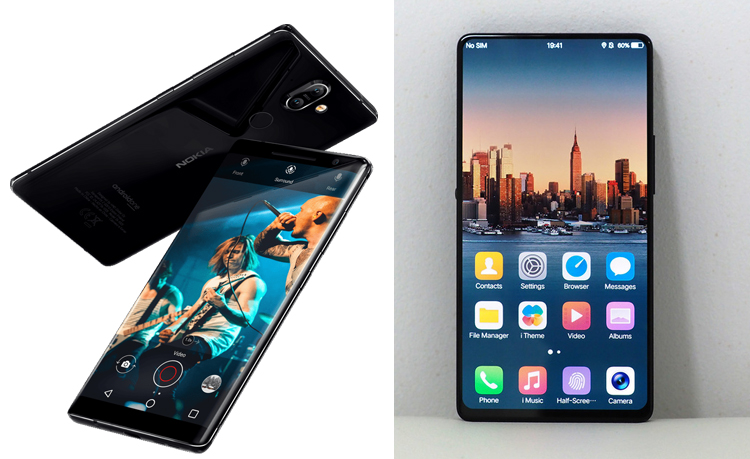 If designing the world’s first in-display fingerprint scanner smartphone wasn’t enough, Vivo is here with more. The company showcased its Vivo Apex concept phone. The key highlight of the phone is the half-screen in-display fingerprint scanning technology. This technology transforms the entire bottom half of the OLED screen. Users can touch anywhere on the bottom half of the screen to unlock the device.

Vivo is going to unveil this latest smartphone in an event on March 5. The company has also sent out invites for the event. Additionally, the invite mentions the phrase, ‘Unlock the Future’ which is what Vivo is trying to do with its latest innovation. Vivo was successful at turning heads during the CES 2018 and managed to do the same during the MWC 2018 as well. 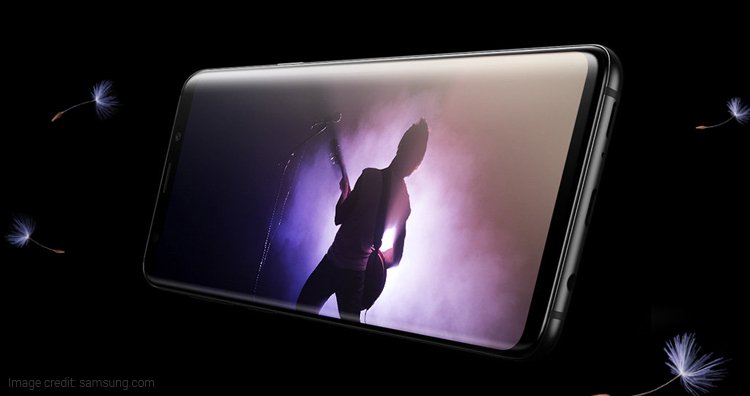 When we are talking about smartphones that stood out from the rest, how can we forget Samsung’s flagship devices? The Samsung Galaxy S9 and Galaxy S9+ have been creating quite a lot of buzz even before their launch. Standing by people’s expectations, the smartphones are everything that we were waiting for.

Sony displayed two smartphones from its flagship series called the Sony Xperia XZ2 and Sony Xperia XZ2 Compact. Seeing the design of both the phones, one can be relieved that Sony has finally decided to let go of its rectangular design with thick bezels. Both the smartphones are the first devices by the company to sport a bezel-less design with an 18:9 aspect ratio. Sony has finally managed to incorporate features similar to its major competitors in the market.

The phone is powered by a Qualcomm Snapdragon 845 processor and a 3180mAh battery. Furthermore, the rear camera comes with the Motion Eye technology that can capture high-quality images even in low-light conditions. Along with support for 4K HDR & slow-motion recording, the camera also supports 3D imaging. With so many features, there is no doubt about Sony’s flagship phones’ standing out from the rest. 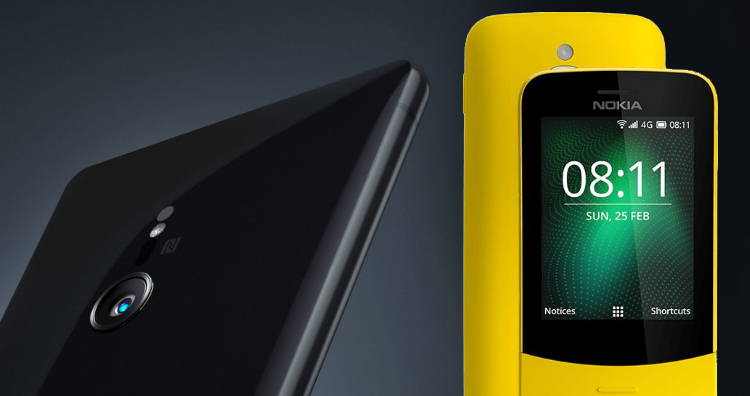 Yes, the Nokia 8110 made its way on the list as well. Most of us are suckers for accepting things that bring back nostalgic feelings, and Nokia has done just that. If your first smartphone ever was one of the Nokia models, then be prepared to be taken in the past. Nokia has attempted to bring back one of its classic mobiles in the smartphone market again.

The Nokia 8110 also known as the ‘banana phone’ or the ‘matrix phone’ is the company’s second try at bringing back revamped phones. The phone falls in an affordable price range budget and is designed to be used as a 4G phone. Additionally, with the slider cover that covers the keyboard, users can answer and end calls. Well, time to go back and refresh the memories from the past isn’t it?

Asus also unveiled three of its upcoming smartphones at the MWC 2018 event, one flagship phone and two other smartphones. Out of the three, the Asus Zenfone 5Z which is the company’s flagship device is packed with amazing features. Leaving behind the 18:9 aspect ratio that is seen on most phones, Asus Zenfone 5Z comes with a 19:9 aspect ratio. The phone is powered by a Qualcomm Snapdragon 845 processor with the Artificial Intelligence Engine (AIE).

Furthermore, the phone will be available in 4GB, 6GB and 8GB RAM variants. The company has also claimed that the phone can unlock in less than 0.3 seconds. However, the company seems to have copied the iPhone X top-notch feature for this smartphone. A lot of smartphones at the event were seen sporting the top-notch feature. Nevertheless, with so many power-packed features the smartphone managed to make its way on top of the list.