You are at:Blog»News»Rumours»Moto Z2 Force Spotted on AnTuTu with Snapdragon 835, 6GB RAM

Lenovo has already launched the Moto Z2 Play, Moto G5, and Moto G5 Plus smartphones under its Motorola subdivision. The company is likely to unveil a new smartphone called the Moto Z2 Force. The alleged handset has been spotted earlier online and now it again spotted via a listing on AnTuTu benchmarking site. The listing has revealed some key details about the upcoming mobile.

Citing the sources, AnTuTu has shared a document which mentioned an upcoming Motorola mobile with Motorola XT1789-05 model number. It is expected to be the Moto Z2 Force smartphone. 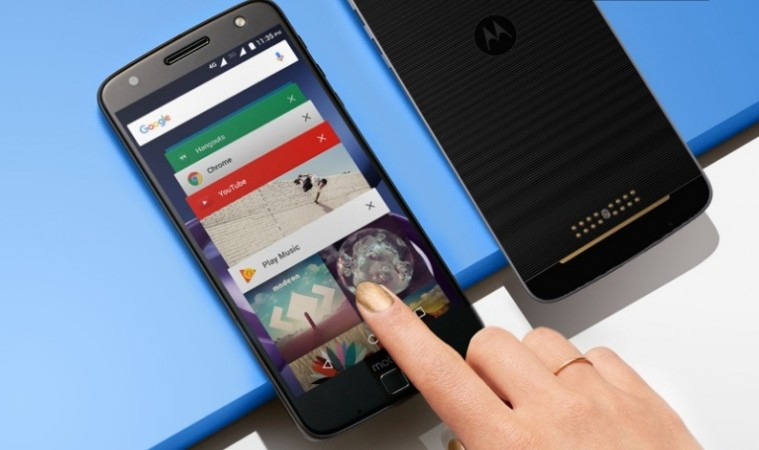 As per the listing, the handset will be powered by a Qualcomm Snapdragon 835 SoC paired with Adreno 540 GPU. It will run on Android 7.1.1 Nougat OS. The Moto Z2 Force has scored around 168,000 points on average. The smartphone will come with a QHD (1440×2560 pixels) display with 6GB of RAM and 128GB of internal storage.

The Moto Z2 Force will offer a 12MP primary rear camera alongside a 5MP sensor (uncertain whether it’s dual camera setup or a selfie snapper). Some rumours also suggested dual camera module at the rear panel of the device. In that case, the module will likely to have one RGB sensor and one monochrome sensor. The Moto Z2 Force is supposed to carry a shatterproof screen technology for its display.

According to the previously leaked renders, the Moto Z2 Force will boast a physical home button at the front similar to the Moto Z Force. It will
have a dual rear camera setup with dual LED flash. The Moto logo is positioned underneath the camera module.

Also, a 16-pin magnetic port is present at the bottom for Moto Mods connection. The overall design language of the Moto Z2 Force resembles with the Moto Z2 and Moto Z2 Play. Surprisingly, last year’s Moto Z Force never launched in India, and the company only released its Moto Z and Moto Z Play smartphone. It will be interesting to see whether the Moto Z2 Force would make its way to India or not.

The global launch of Moto Z2 Force is scheduled to take place on July 25. In addition, Motorola is anticipated to launch the Moto G5 and Moto G5s Plus at a launch event in New York.