You are at:Blog»News»Moto C Plus is Set to Launch on June 19 in India

Lenovo Mobiles is about to unveil its Moto C Plus smartphone in India on Monday, June 19. The company has started sending out the press invites for its launch event in New Delhi. The Moto C is the all-new range of budget smartphone from Motorola which was announced last month. India is apparently among the first few countries to get Moto C-series smartphones. Earlier this month, the Moto C smartphone was launched at a price of Rs 5,999 in India and the Moto C Plus will join the bandwagon soon.

The Moto C-series smartphones are targeted at the first-time smartphone buyers. The company has started making awareness around the Moto C Plus. On company’s official Twitter handle, it mentioned “Yes, it’ll never let you run out of juice. Yes, it’s that charged!”. To recollect, the Moto C Plus was released with starting price of EUR 119 (roughly Rs 8,300) for the 1GB RAM + 16GB Storage model.

Coming to the specifications, the Moto C Plus smartphone features a 5-inch HD (720×1280 pixels) display. Under the hood, there lays a 1.3GHz MediaTek MT6737 quad-core processor paired with 1GB/2GB of RAM, 16GB of internal storage, and external storage via microSD card slot.

For photography, there is an 8MP primary rear camera available on Moto C Plus with f/2.2 aperture, autofocus, 1.12-micron pixels, a 71-degree field of view, and LED flash. For selfies, the handset has a 2MP front-facing camera. 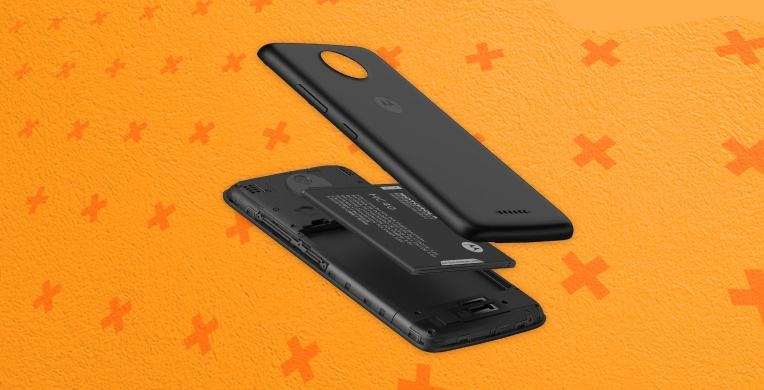 The Moto C Plus comes with a 4000mAh battery which is one of the key highlights of the newly launched smartphone. It measures dimensions at 144×71.3x10mm and weighs 162 grams.

It’s worth mentioning that Motorola has launched its Moto Z2 Play smartphone last week in India which is available on Flipkart for a price of Rs 27,999. The Moto Z2 Play is equipped with a Qualcomm Snapdragon 626 processor. Additionally, it paired with a 4GB RAM and 64GB onboard storage. There is a 5.5-inch full-HD (1080×1920 pixels) Super AMOLED display on the device. It has a 12MP primary rear camera alongside a 5MP selfie snapper. The device draws power from a 3000mAh battery.