You are at:Blog»Gadgets»This $4500 iPhone X Tesla Will Never Run out of Charge

The frequent need for charging is certainly an issue for which, most smartphone users complain about. Though we have witnessed a few smartphones with massive battery performance, you still have to charge your phone every once in a while. Have you ever thought about having a smartphone that won’t prompt you for charging it when running low? If so, then this is a reality now. A Russian phone accessory maker, Caviar has started the sale of its iPhone X Tesla model with a price tag beginning at $4,587 in Russia.

The $4587 iPhone X Tesla model comes with 64GB internal storage, whereas a 256GB storage variant costs $4,829. If you are wondering why there is a huge difference in the pricing of a regular iPhone X models and the new Tesla model, the latter one draws power from the sun. The iPhone X Tesla has a solar panel equipped with it which charges the device automatically. 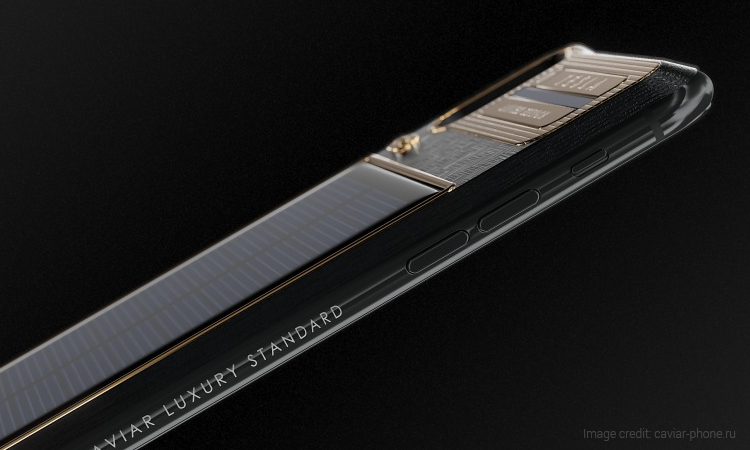 The Tesla model was initially announced back in November 2017 and is spotted now by AppleInsider. The new smartphone is essentially a regular iPhone X handset which is enclosed by a thick phone case. The phone case has a solar panel on the rear which is ideal for providing additional juice to the device’s secondary battery.

Apart from the solar panel, the phone case is built using gold accents and carbon fibre which makes it a premium-looking device. The company is claiming an IP67 certification on the device which ensures water and dust resistance. The phone case has an engraving that states “Made on Earth by Humans”. The company says that only 999 units of the special edition model will be sold and each unit will have its own production number.

The first iPhone X Tesla piece will be given to Elon Musk, who owns the company, Tesla. Caviar added that the remarkable work in the field of renewable energy and batteries by Tesla has inspired them for adding a solar charging technology on a smartphone. 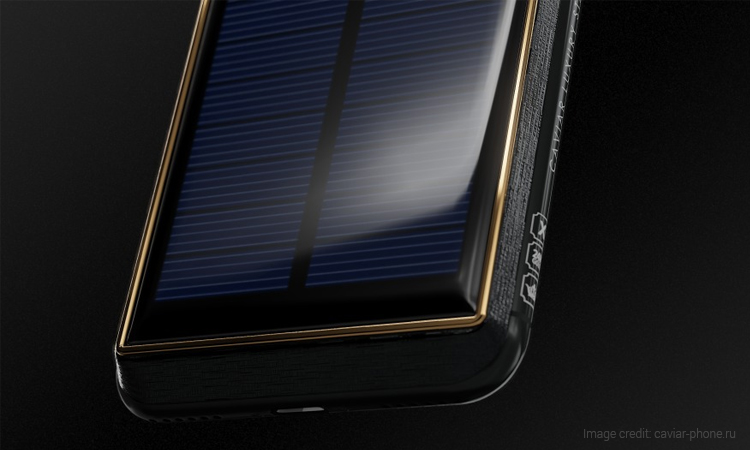 The original Apple iPhone X smartphone was considered as the most expensive mobile phone ever made by Apple. A custom version of iPhone X with ‘Tesla’ moniker with a jaw-dropping price tag is certainly made for the Richie Rich. Like the other premium mobile phone models with Caviar branding, we expect the Tesla model of iPhone X will never come to India.

Share. Twitter Facebook Google+ Pinterest LinkedIn Tumblr Email
Previous ArticleBack to College: Top 5 Laptops in India That Every Teenager Will Love
Next Article OnePlus 6 Makes its Way to India: Here’s Why You Should Buy It