You are at:Blog»iOS»iOS 12 on iPad: What New Features Does iOS 12 Bring to the iPads?

The latest additions of the iPhone XS, iPhone XS Max and iPhone XR to the Apple mobile price list has also brought forth the iOS 12. After months of the beta versions, the official version is finally here on both iPhones and iPads. iOS 12 on iPad is designed to make devices faster and more responsive. While this new OS has become popular among iPhones, what does it offer to the iPads? Apart from the regular features, iOS 12 brings some new and interesting features to bring major improvements to the iPads. Want to know what these features are? Let’s take a look!

Before moving on to the features that iOS 12 will bring to the iPads, here are the various devices from the Apple iPads price list that are compatible with the new update. The status and notification bar will get a much-needed improvement. Previously, the status bar displayed the time, battery and Wi-Fi; now it is being rearranged. Now, the date will be included in the status bar. The new upgrade will feature the date and the time on the left side of the display. On the other end, the Wi-Fi, signal strength and battery percentage will be visible on the left side of the display.

If you are still using an older or out-dated iPad model, worry not! iOS 12 can speed up and boost the performance of your old iPad as well. By upgrading to iOS 12, your iPad becomes 70 per cent faster. As for the performance, the new update can improve the swipe-to-camera feature by up to 70 per cent, launch heavy apps faster by up to 2x and offer a faster keyboard display by up to 50 per cent. Additionally, your iPad will receive smooth animations and a better responsive design.

One of the biggest advantages that tablets and iPads have over smartphones is large displays. Gaming and Augmented Reality can be better experienced on a bigger screen. With iOS 12, your iPad will also receive ARKit 2.0 along with Shared Experiences. This feature is a visual treat for gamers. Though, it is also a great benefit for educational purposes.

Do you have an iPad with the Workflow app? Well, if your iPad is compatible with iOS, the Workflow app will be visible as the Siri Shortcuts app after the update. What are the benefits of Siri Shortcuts? Once you receive the iOS 12 update, use apps and perform tasks using the Shortcuts app. By doing this, Shortcuts will later on display a wide range of actions that you can perform, without entering a particular app.

For example – if you tend to put your phone on Do Not Disturb mode every night before sleeping, the Shortcuts app will offer you an option to switch to DND before you perform the action yourself. 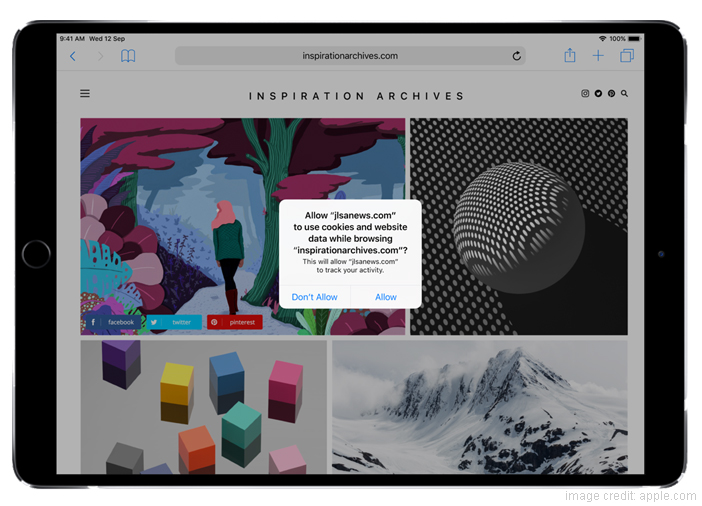 Apple devices are commended for the security features that they offer. iOS 12 adds an extra touch of privacy to all the online activities that you perform on your iPad. The new update will inform you about all the cookies that a particular website uses to access your data. Other than that, it will also restrict various social media apps to track and use your data.

This feature has gained a lot of popularity among iPhones. FaceTime group calls will not also be available on iPads. This means that you can video call more than one person at a time. Moreover, with a bigger screen, you can enjoy those family group calls from any part of the world.

Most people believe that with a smartphone by your side, you don’t really need a tablet or an iPad. However, a tablet offers a mix of both smartphones and laptops. They are compact, lightweight and easy to carry. If you are looking for a new iPad or tablet, take a look at our popular tablets to pick your preferred device at the lowest price online.