You are at:Blog»News»New Launches»Infinix Hot S3 Smartphone Launched with These Features

Infinix Mobile has announced a new smartphone in India called the Infinix Hot S3. The highlight feature of the device is its 20MP selfie camera. Also, it brags a full view display. The Hot S3 smartphone pricing starts at Rs 8,999. It will be available for purchase on February 12.

The Hot S3 smartphone is offered in two variants in India- 3GB RAM + 32GB internal storage at Rs 8,999 and 4GB RAM + 64GB storage at Rs 10,999. The phone will go on sale first time on February 12 exclusively via Flipkart. It will be offered in Brush Gold and Sandstone Black colour options. 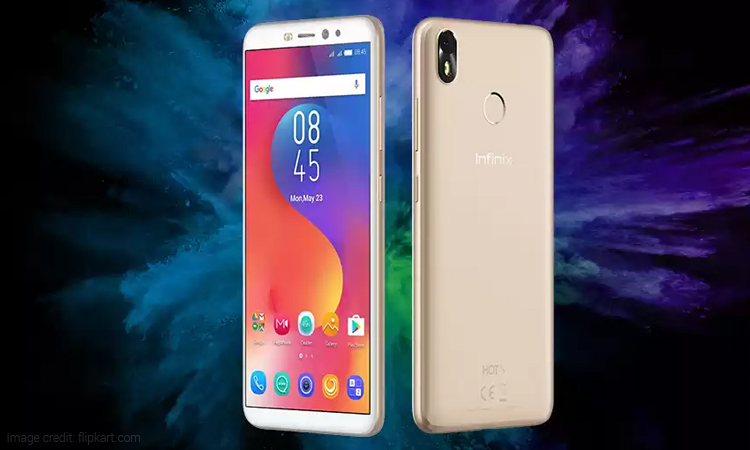 The latest Infinix smartphone features a 5.65-inch HD+ (720×1440 pixels) Full View display with 2.5D curved glass on top. The phone boasts a screen-to-body ratio of 81 percent. It runs on XOS 3.0 which is based on Android Oreo version. The phone gets acceleration from a Qualcomm Snapdragon 430 octa-core chipset which is paired with Adreno 505 GPU and 3GB/4GB of RAM. The connectivity options on the device include 4G VoLTE, Wi-Fi, Bluetooth, USB OTG support, and 3.5mm headphone jack. The sensors onboard include a proximity sensor, ambient light sensor, G-sensor and a dedicated fingerprint scanner at the rear panel. The handset gets juice from a 4000mAh battery with xCharge technology.

It is one of the smartphones in India that comes with Android Oreo OS pre-loaded on it. This is great because only a few smartphone in India are eligible for getting Android Oreo OTA updates as of now.

Infinix Hot S3: Should you buy it?

The latest Infinix smartphone seems to be a decent device which is aimed at the budget users who wish to have a powerful selfie camera. The phone is not just a budget smartphone, but it does have a few good features such as the 18:9 display. At the price point of sub-Rs 10,000, the Hot S3 will compete with the other smartphones from brands like Xiaomi, Oppo, and Vivo.