Huawei has just launched its latest flagship smartphone called the Huawei P20 Pro at an event in New Delhi. The key highlight of the device is its triple camera setup at the rear, making it the first smartphone to enter the triple camera mobiles price list. Alongside, the company has also unveiled the Huawei P20 Lite in the country. Both smartphones boast optics co-engineered by Leica, AI-powered camera features, FullView displays, and runs on the latest Android Oreo OS.

The Huawei P20 Pro comes with a price tag of Rs 64,999, whereas the Huawei P20 Lite costs Rs 19,999 in India. The P20 Pro model will compete with other flagship smartphones like iPhone 8 and Samsung Galaxy S9. On the other hand, the P20 Lite will compete with Oppo F5 and Vivo V9. The P20 Pro will be offered in Midnight Blue and Graphite Black, whereas the Klein Blue and Midnight Black colour options. 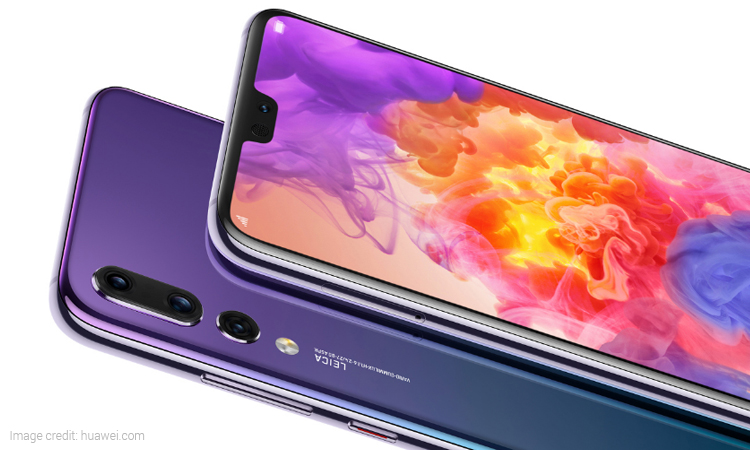 The latest Huawei flagship smartphone features a 6.1-inch Full HD+ (1080×2240 pixels) OLED FullView display. The screen is claimed to have 1:1,000,000 contrast ratio along with a colour gamut of 105 percent. The handset runs on Android 8.1 Oreo operating system powered by EMUI 8.1 skin on top. It supports Google ARCore and comes with highly customised Google Assistant.

Under the hood, there is a HiSilicon Kirin 970 octa-core processor paired with a dedicated NPU (neural processing unit). The NPU is suggested to boost the system response speed of the device up to 60 percent along with up to 50 percent smoother operation. Furthermore, the acceleration is handled by 6GB of RAM. There is 128GB of internal storage offered on the device. 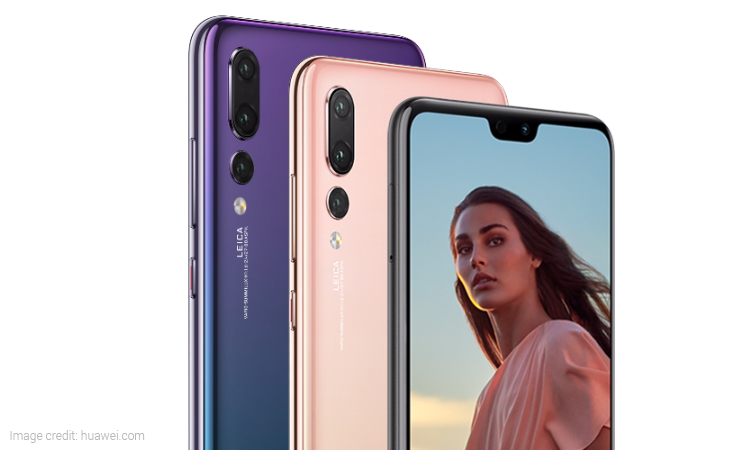 Huawei P20 Pro features a physical home button which supports gestures like a tap for the back, long press for home, and left or right swipe for multi-tasking. It has a 360-degree Face Unlock feature which is claimed to unlock the device in merely 0.6 seconds.

For photography, there is a triple camera setup at the rear which is developed in association with renowned lens maker, Leica. The camera module includes a 40MP RGB sensor, an 8MP sensor with 3x optical zoom, and a 20MP monochrome sensor. This setup is capable of getting a 3x optical zoom, 5x lossless hybrid zoom, and 10x digital zoom. Furthermore, the camera supports up to ISO 102400.

Moreover, P20 Pro supports 6-axis stabilisation and super slow motion video recording at 960fps. The front-facing camera has a resolution of 24.8 megapixels. The phone comes with IP67 certification for water and dust resistance. It is powered by a 4000mAh battery with SuperCharge fast charging technology. 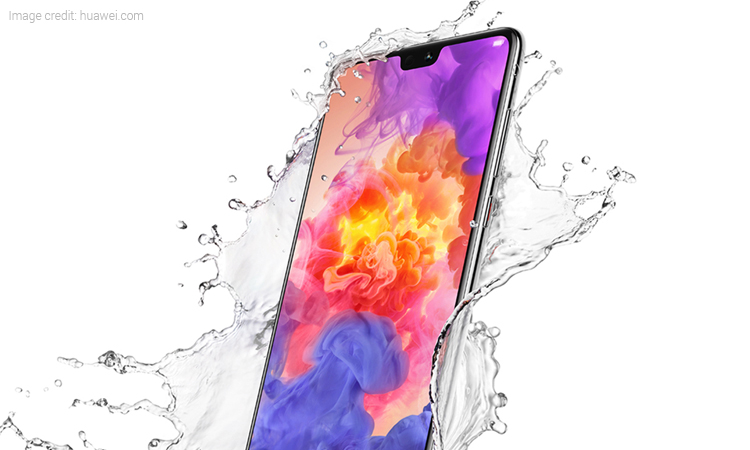 The lite version of the P20 Pro comes with a 5.84-inch Full HD+ (1080×2280 pixels) FullView display with 19:9 aspect ratio. The phone is protected under a 2.5D curved glass both at the front as well as the rear panel. It is powered by a HiSilicon Kirin 659 processor paired with 4GB of RAM, 64GB of internal storage, and up to 256GB of external storage via microSD card.

For photography, there is a dual camera setup on the rear that combines a 16MP primary sensor with f/2.2 aperture and a 2MP secondary sensor.  Up front, there is a 24MP selfie shooter with f/2.0 aperture, AR-based stickers, 3D facial recognition, as well as face unlock feature.