You are at:Blog»News»HTC U12 Renders with Bezel-Less Display Revealed Online

The first U series flagship smartphone, HTC U11 was launched by HTC in May 2017. The company is now working on its next flagship U series smartphone- HTC U12 for this year. Recently, a new render was revealed online showing off the phones full-screen display.

The render for the upcoming HTC mobile sports a full-screen display along with a possible aspect ratio of 18:9. Earlier rumours about HTC U12 show that the smartphone will be powered by Qualcomm Snapdragon 845 processor along with a 4K display. Based on the render, the smartphone seems to have a single front-facing camera sensor. 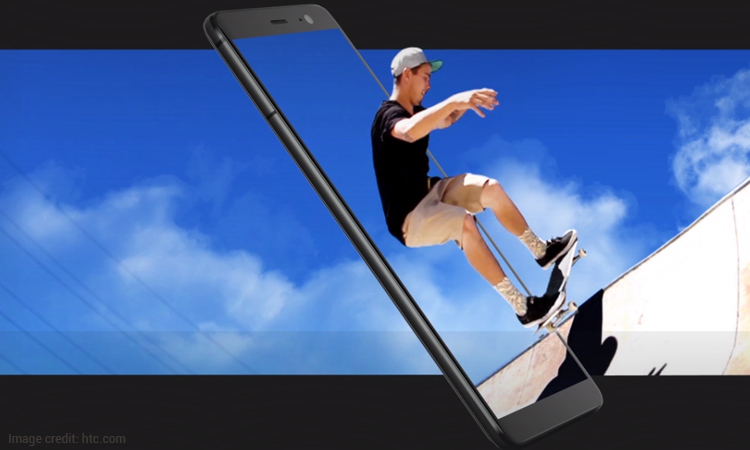 Furthermore, the render goes ahead to show the volume controls and lock button on the left side of the phone, with the USB Type-C charging port placed on the bottom. Similar to all the latest HTC mobiles, even U12 has ditched the 3.5mm headphone jack. There are also rumours about HTC U12 featuring a dual camera setup, much like its predecessors.

Apart from this, the company is ready to launch a mid-range version of the HTC U11 Plus in January this year. The phone will be a cheaper and refined version of the HTC U11+. The smartphone could bag features like Snapdragon 652, a 5.99-inch display with an aspect ratio of 18:9 and 4GB of RAM combined with 64GB of internal storage.

Additionally, the company’s HTC U11 Life has recently started receiving the Android 8.0 Oreo update. The update has been issued through an over-the-air-update (OTA) which brings together Oreo features like picture-in-picture mode, notification dots, redesigned setting, smart text selection and faster boot times.