HTC has recently unveiled two smartphones in the mid-range segment called as HTC Desire 12 and Desire 12+. Both smartphones come with an aspect ratio of 18:9 for display. These phones are announced on HTC’s official Twitter account. Both will compete with the other mid-range smartphones from brands like Xiaomi, Vivo, and Oppo among others.

HTC Desire 12 pricing starts at EUR 185 (roughly Rs 14,900) whereas the Desire 12+ prices start at EUR 235 (roughly Rs 19,000). Both smartphones will be available in Black and Silver colour options. The pre-orders for both models are already started in the UK market and the phones are said to be made available earlier in April. 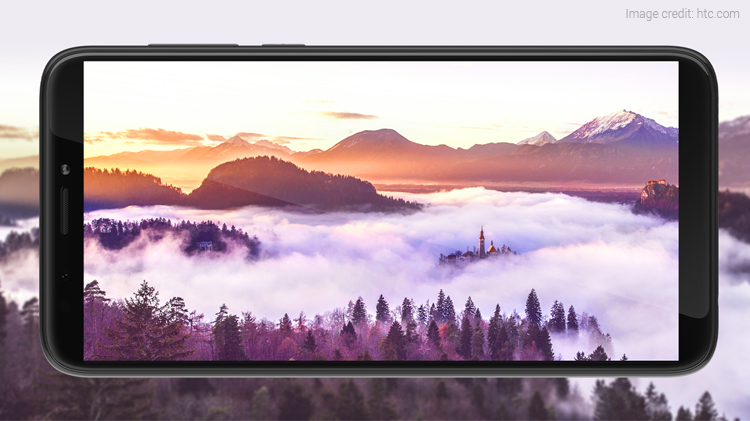 The HTC Desire 12 features a 5.5-inch HD+ (720×1440 pixels) IPS LCD display and aspect ratio of 18:9. The handset is powered by a MediaTek MT6739 SoC paired with 2GB/3GB of RAM, 16GB/32GB of internal storage, and external storage via microSD card slot. There is a 13MP primary rear camera along with 5MP selfie snapper that supports face unlock feature. The Desire 12 has a 2730mAh battery which is ideal to power the device for the entire day. It runs on Android 8.0 Oreo OS. 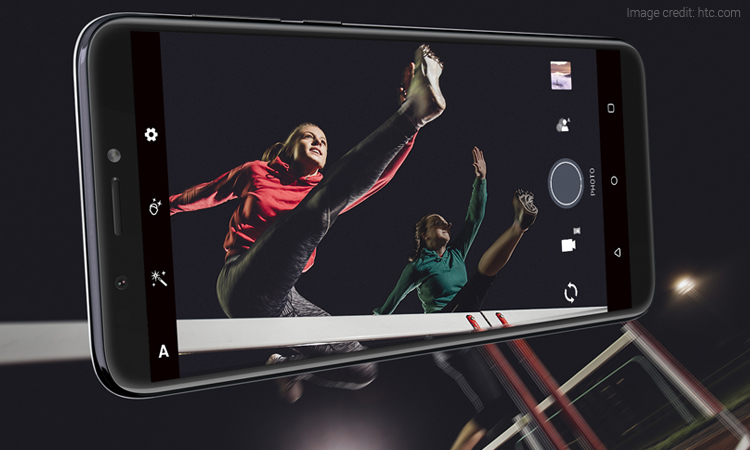 The HTC Desire 12+ features a 5.99-inch HD+ (720×1440 pixels) IPS LCD display along with the popular 18:9 aspect ratio. Unlike Desire 12, the larger sibling boasts a Qualcomm Snapdragon 450 processor paired with 3GB of RAM, 32GB of internal storage, and external storage via microSD card.

There is a dual rear camera setup on Desire 12+ smartphone which has a 13MP + 2MP sensors module. Also, there is an 8MP front-facing camera for selfies and video calling. The phone also supports face unlock detection which is useful authentication feature. A 2956mAh battery powers the device. 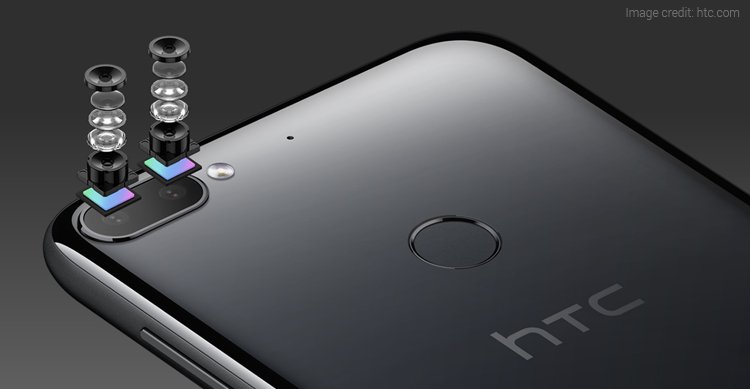 Both smartphones are the successor to last year’s HTC Desire 10 Pro and 10 Evo smartphones. The connectivity options on both smartphones include 4G LTE, micro USB, a 3.5mm headphone jack, GPS, and GLONASS. There is a dedicated fingerprint sensor present on the rear panel of the Desire 12+ model. Both models resemble nearly with company’s U11 smartphone in terms of design.

Introducing the new Desire 12 & Desire 12+. Two 18:9 phones that are big to see and small to hold. pic.twitter.com/LkfCJ3a2ZI