Google has recently launched the second generation of its flagship Pixel series of smartphones. The phone will be called as the Google Pixel 2, and Pixel 2 XL which will be made available in the Indian market from November 15. The Pixel 2 will come with a price tag of Rs 61,000, whereas the Pixel 2 XL will cost Rs 73,000 in India for 64GB storage models.

On the other hand, the 128GB storage models will be priced at Rs 70,000 and Rs 82,000 respectively. The latest Google Pixel mobiles will be up for pre-order on October 26. The Pixel 2 will go on sale on November 1; in contrast, the Pixel 2 XL will be made available from November 15. The newly launched phones will compete against the Samsung Galaxy Note 8 as well as with the recently launched Apple iPhone X. 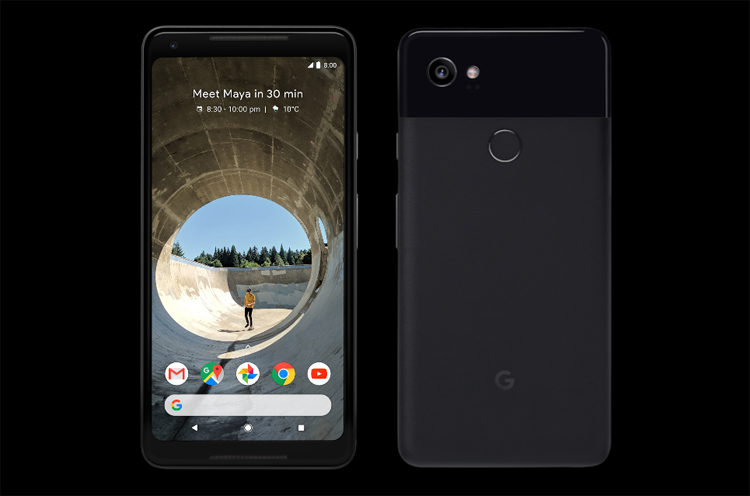 It’s worth mentioning that both phones don’t have a 3.5mm headphone jack. The latest Google Pixel mobiles are powered by Qualcomm Snapdragon 835 SoC paired with 4GB of RAM and internal storage options of 64GB and 128GB. The Pixel 2 packs a 2700mAh battery and the Pixel 2 XL boasts a 3520mAh battery.

For photography, both the phones offer amazing camera sensors. The phones come equipped with 12MP primary rear cameras with optical image stabilisation, f/1.8 aperture, and electronic image stabilisation. Up front, there is an 8MP selfie shooter with f/2.4 aperture.

The company mentioned in its statement that the camera incorporated on the Pixel 2 is competent to capture breathtaking pictures. Apart from that, it can also help you recognize the world around you. The built-in Assistant will allow you to get more things done in a hassle-free manner.