You are at:Blog»News»Rumours»Google Pixel 2, Pixel 2 XL Images Leaked Ahead of October 4 Launch

Citing the sources, the leaked images were shared by a prolific leakster, Evan Blass aka @evleaks. Based on the images, the upcoming Pixel 2 is likely to feature a 5- or 5.5-inch full HD (1080×1920 pixels) display with 16:9 aspect ratio. On the other hand, the Pixel 2 XL is expected to come with 18:9 aspect ratio which is becoming a highlight feature in flagship smartphones. 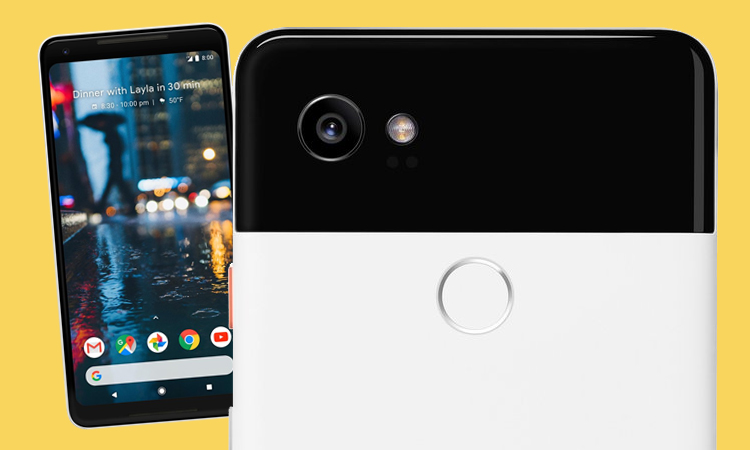 Furthermore, the leaked images hint at dual speaker setup on the handsets at the front. The back panel also features a glass covering the top portion. The leaked images revealed that the phones will be offered in several colour combination options. The hardware of the upcoming Pixel lineup appears to come with a complete revamp than its predecessor.

The Pixel 2 and Pixel 2 XL are likely to be powered by a Qualcomm Snapdragon 835 processor. The new Google phones are also speculated to run on the latest Android 8.0 Oreo OS out-of-the-box.

The Pixel 2 XL is rumoured to come with a QHD+ display with an aspect ratio of 18:9. The other rumoured specs suggest 4GB of RAM along with options for 64GB or 128GB of internal storage. It will have a 12MP primary rear camera.

Here are the rumoured specifications of the upcoming Google Pixel lineup:

These are the Google Pixel 2 and Pixel 2 XL https://t.co/cXCs560jNH pic.twitter.com/f3P47aeZ2I