You are at:Blog»Innovation»Everything you need to know about the History of Mobile Phones

A lot can happen in 45 years. The life in the 1970’s era was transformed by a technology, mobile telecommunication. Ever curious about knowing the history of mobile phones? This article is for you then. The world’s first mobile phone was made by Motorola and the first phone call was made by company’s senior engineer, Martin Cooper on April 3, 1973. The mobile phones are evolved in unbelievable pace since then.

Here’s the glimpse of the history of mobile phones.

The first prototype of mobile phone was used first time to make a call by Cooper weighed around 1.1kg. Cooper called a rival telecommunications company and informed them that he was making the phone call via a mobile phone. The device had to charge for around 10 hours to get 30 minutes of talk time on it.

Have a Look At: Phones with Dual Cameras

Let’s have a look at how the mobile phones evolved in past 45 years.

1973
Motorola DynaTAC prototype was the first mobile phone in the world.

1992
The first ever text message was sent from a mobile phone in December 1992.

1993
IBM Simon was launched in 1993 and it was the world’s first smartphone which had a fax machine, pager, and PDA capabilities.

1998
Nokia 8810 was the world’s first mobile phone without an external antenna whip. 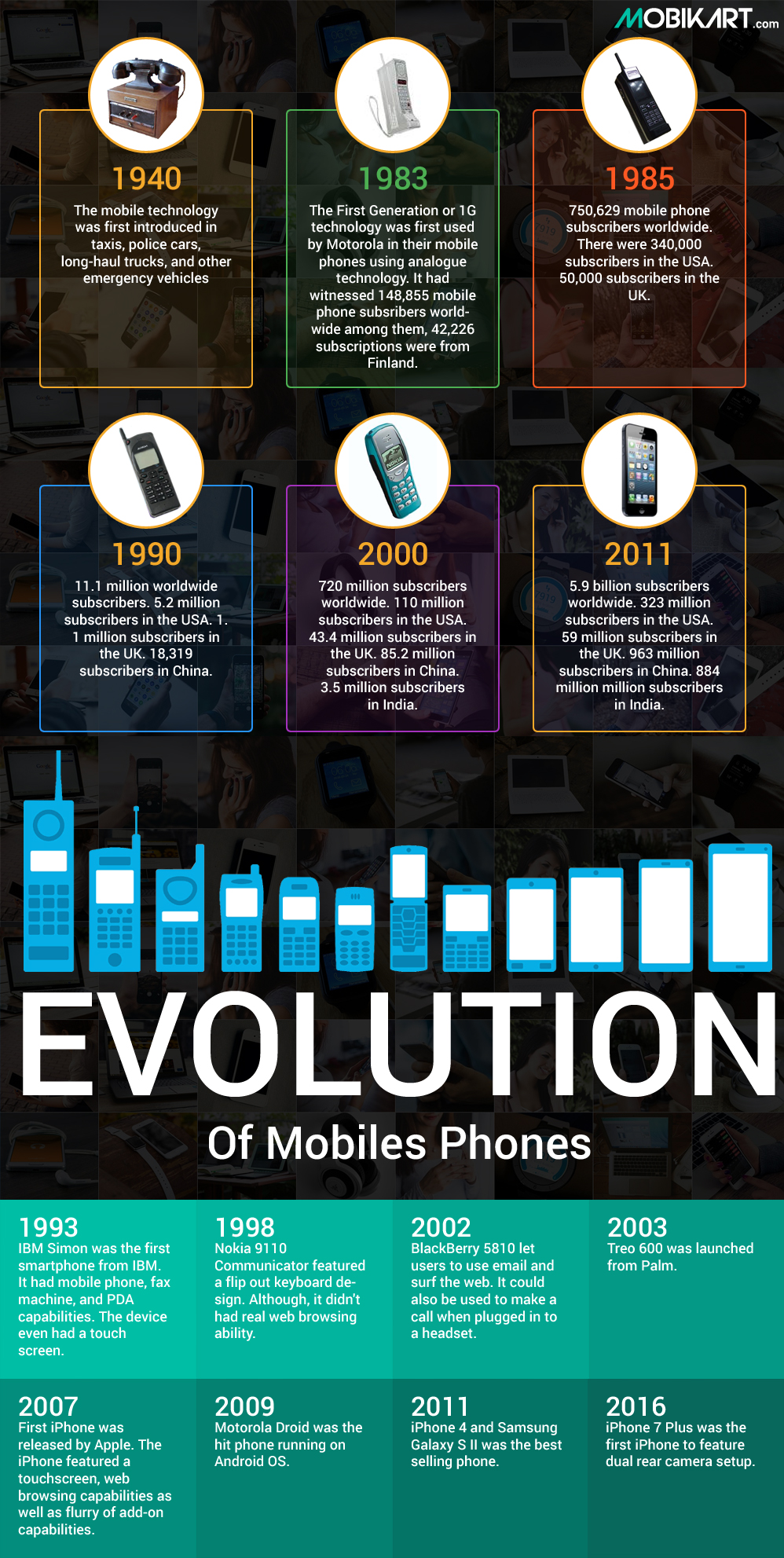 2000
Sharp J-SH04 was the first commercial mobile phone to have a camera equipped with it.

2007
The first Apple iPhone has launched: the 3G iPhone.

2012
Samsung Galaxy S3 was launched which is believed to be one of the very best Android mobiles of its time.

2013
Nokia Lumia 1020 featured an enormous 41MP camera sensor to get the title of ‘The best Cameraphone’ of its time.

Mobile phones have come an unbelievably long way in a short time. The technology advancements in hardware, software and others helped the mobile. Today’s smartphones are chasing to lead the more powerful and make use of faster processors and better networking capabilities race. However, the desire to have better and the next technologies will bring plenty more innovation in the coming years.