You are at:Blog»Latest Updates»Apple TV Plus: Will it Overshadow Popular Streaming Platform Netflix?

On March 25, with the tagline “it’s show time”, Apple gave us our first look at its video streaming service during the Apple Hardware Fest. Instead of bringing together popular techies, this time ‘round Apple hosted admired Hollywood executives to release its streaming service – Apple TV Plus. Apple’s new streaming service is going to bring to us a host of new original shows. However, when we think of binging on series and movies, Netflix’s streaming platform is what most of us opt for. Earlier, there were rumours that stated Apple could take over Netflix. However, those rumours turned out to be just rumours. Instead, Apple has released Apple TV Plus and Apple Channels.

Is this new streaming platform going to overshadow Netflix? When will it be available? What content can we expect? Here’s an answer to all possible questions that you might have about the newly launched Apple TV Plus. Take a look!

Apple TV Plus Vs Netflix

Netflix offers a wide range of content which includes a mix of original as well as licensed shows and movies. As a matter of fact, Netflix started the trend of binge-watching and there are quite a few must-watch Netflix series in 2019 that users are waiting for. With Apple coming up with its own streaming service, does it plan to take on Netflix? Well, Apple TV Plus will be available to users sometime in the fall; this could be anytime between September and November. Plus, Apple’s streaming platform will be an ad-free service.

Apple has already announced a list of new ‘Original’ series that will be available on its platform. Some of the series will include – Amazing Stories, Little Voices, The Morning Show, See, Little America, Helpsters, Time Bandits, Oprah Winfrey Projects and much more. With a list of new original series already in line and new releases being added every month, Apple’s new streaming service could definitely turn out to be a tough competitor to Netflix.

What Platforms Will it be Available on? 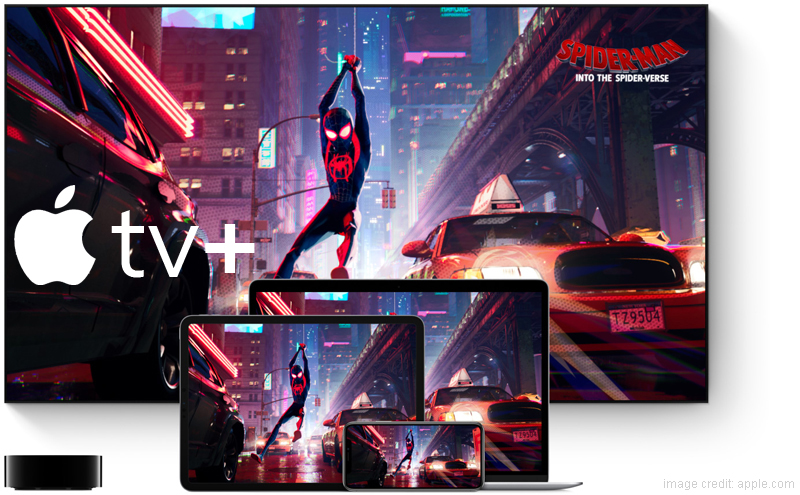 How Much Will it Cost?

If rumours are to be believed, then it is being assumed that Apple’s streaming service will cost less than Netflix on a monthly subscription. Nevertheless, this cannot be confirmed as of now since Apple has not officially revealed the cost. In India, Netflix subscription plans are something like this:

If Apple is planning to take on Netflix, then it will have to make sure to offer competing prices that will suit a user’s budget. Additionally, Netflix is available on a wide range of devices. You can binge-watch Netflix on the latest Android mobile phones, laptops, or even smart TVs that are compatible with Netflix.

Apple TV Plus Vs Netflix: Conclusion

For now, it is too early to say if Apple will be able to outshine Netflix with its upcoming streaming service. For now, Netflix holds its place on the top with affordable subscription plans and a seamless user interface. Netflix’s user interface is designed to recognize a user’s preferences and offer content based on these preferences. We might see a similar interface even on Apple’s streaming service. On the other hand, if Apple does manage to bring high-quality content with strong storylines and famous creative’s, it could definitely give an edge to Netflix. At any rate, we will have to wait for Apple TV Plus to finally make its launch to see how it competes with Netflix.