You are at:Blog»Android»Android Q Beta Version Reveals the Most Interesting Features so Far

Every year, Google announces its new Android operating system update. We saw the launch of Android 9 Pie only back in August 2018. And within in a span of a few months, we already have the next Android update. From Android 1.0 to Android 9.0 Pie, we have come a long way. Each new update saw new features and improvements that made a revolution in the world of smartphones. Google has created a buzz of excitement by releasing its Android Q Beta version. This new update will make its way to Android smartphones sometime in the third quarter of the year – most likely in August 2019. Additionally, as of now, Google has still not revealed the name of its upcoming Android OS. The Android Q Beta version is available for download on all Google Pixel mobile phones. Based on the update, here are the most interesting features seen on the Android Q Beta version.

Up until now, apps have been granted access to our location regardless of whether the apps were being used or not. There was no way to stop apps from accessing your location if you have granted permission. However, that is going to change with Android Q. The new update will allow you to grant apps access to your location only when they are being used. This is a major improvement in terms of privacy and security. Additionally, it also saves up from excessive battery drain. Users will be able to choose from these options:

Have you ever uninstalled an app by accident? Or removed it thinking it was another app that you don’t use as much? Well, the Android Q Beta version has shown improvements on that front as well. Every time you uninstall or remove an app, you will get a few seconds to undo your decision. An undo button will appear on the bottom half of the display after uninstalling. By clicking the button, you will be able to get the app back on your phone. 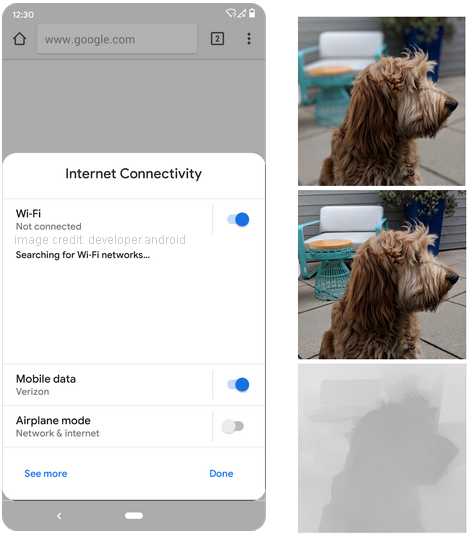 Screenshot with the Notch

When notched display mobile phones had launched initially, a lot of people wondered would the screenshots include the notch or exclude it altogether. Interestingly, it turned out that screenshots on a notched phone will look similar to any other phone. However, that’s going to change with Android Q. After the Android Q update, screenshots on a notched phone will come with the notch and the rounded edges that we see on a phone’s display.

Get an Estimate on Remaining Battery Life

All the latest Android mobile phones allow users to check the estimated battery life by opening the settings app. Android Q is designed to make things much easier. Instead of opening the settings app to check how long your smartphone will last for, with the new update you will just have to pull down the notification bar. By pulling down the notification bar, you will get an estimated battery charge time that you have left on your smartphone. 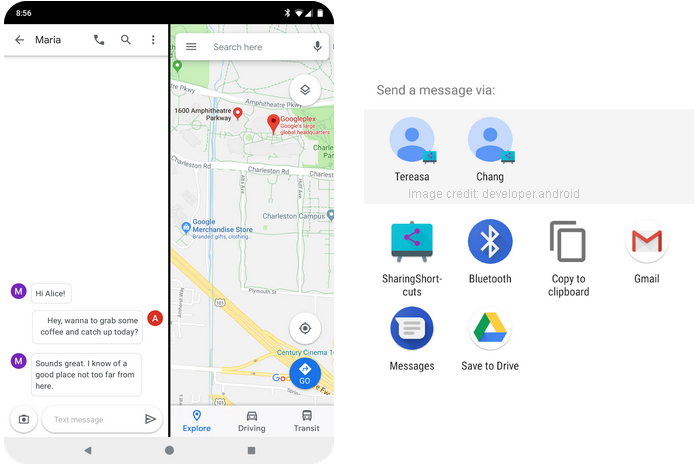 This is a much simpler and easier way to customize the notifications that you want to receive or block altogether.

The Android Q beta version reveals that this new update will come with separate privacy section in the settings app. This will allow users to choose and alter app permissions such as location, camera, contacts, calendar, microphone, etc. In the previous Android versions it was not easy to understand what apps have access to what information. Google has aimed to improve security and privacy with its new updates by offering a separate privacy section.