You are at:Blog»News»New Launches»Acer Windows Mixed Reality Headset Makes a Debut in India

Acer, a Taiwanese company has become the first to launch a Mixed Reality Headset in the Indian market. The Acer Windows Mixed Reality Headset makes it possible for the user to interact with the software by using gesture, gaze and voice. The headset also comes with traditional inputs like the mouse, keyboard and controllers. There is no update on the actual price of the headset in India. Although, the headset is priced at $299 in the US market which is roughly around Rs. 19,260 in India. 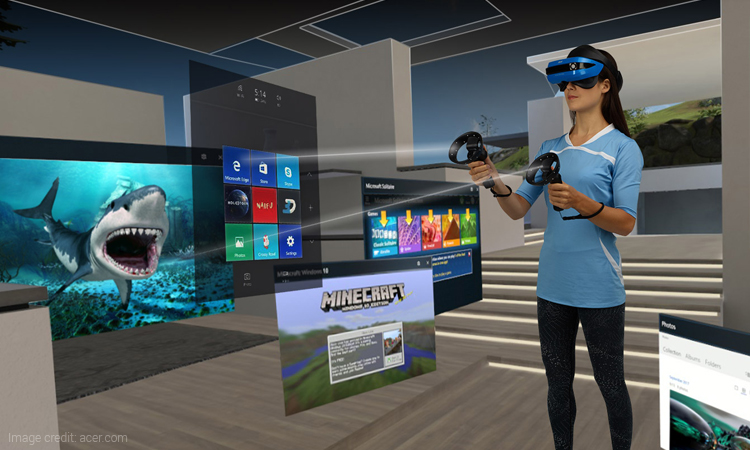 “We are extremely thrilled to launch India’s first mixed reality headset in collaboration with Microsoft. By introducing the mixed reality headset, we aim to bring best of our innovations to Indian customers. The Acer Windows Mixed Reality headset offers a plethora of exciting and engaging content that is continually evolving,” Mr Chandrahas Panigrahi, CMO and Consumer Business Head, Acer, said at the launch.

At an event last month, Satya Nadella, Microsoft CEO said that “ultimate computing experience will be mixed reality that blends the real and the virtual world”. Even though Microsoft states that mixed reality is a mix of both physical and virtual worlds, for now, it feels a lot like VR.

With the steady growth of Virtual Reality Headsets in the country, the launch of a mixed reality headset is something to stir up a buzz.