You are at:Blog»News»Rumours»Zuk Z3 Pro with 8GB RAM Surfaces Online

Lenovo’s sub-range ZUK had introduced the Zuk Z2 Pro in China in April last year. Now, some concept images of the upcoming Zuk Z3 Pro have appeared online. A Weibo user ‘Toooajk’ has posted the concept images and revealed some key specifications and the expected price of the Lenovo Zuk Z3 Pro smartphone.

According to the Weibo posting, the device will come with metal and glass design with ZUK branding at the rear panel. The display of the device is seen edgeless in the images. The front panel shows a physical home button with an embedded fingerprint scanner and a front-facing camera at the top right corner. On the bottom side, there is a 3.5mm headphone jack and a USB Type-C port. On the camera front, the Lenovo Zuk Z3 Pro will offer a 16MP primary rear camera with Sony IMX398 sensor. Up front, it will boast an 8MP selfie shooter. The handset will be powered by a 3300mAh battery with support for Qualcomm’s Quick Charge 4.0 technology. It will measure dimensions at 139.1×71.9×8.4mm.

As per the reports, the Lenovo Zuk Z3 Pro will be officially launched some time in the second quarter of this year, probably in April or end of June. The concept images of the Zuk Z3 Pro are received from a third party source, so the authenticity of it is doubtful. 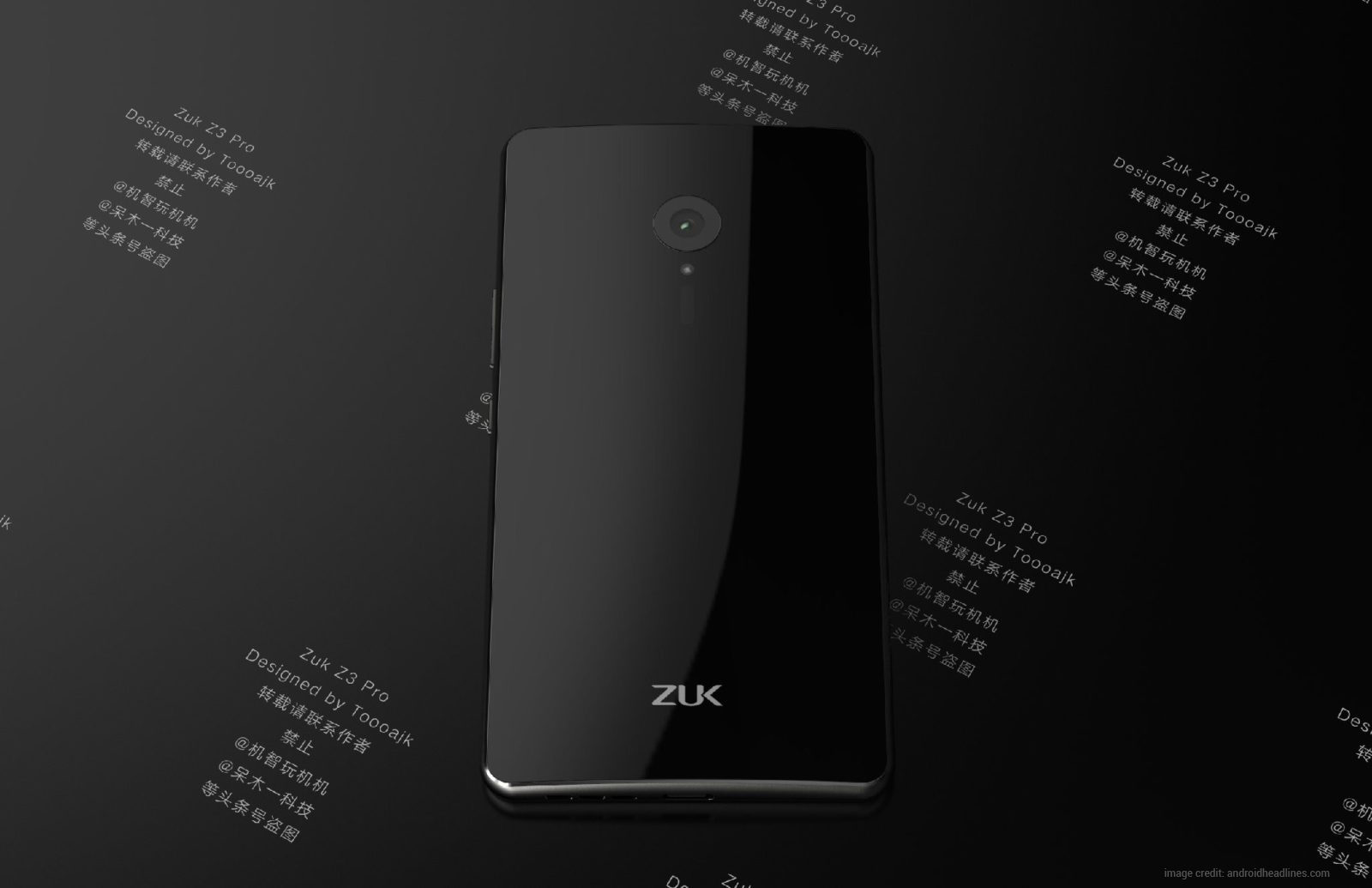 It runs on Android 6.0 Marshmallow OS with ZUI 2.0 skin on top and comes with a 3100mAh battery with Quick Charge 3.0 support. The Zuk Z2 Pro offers a 13MP primary rear camera along with an 8MP selfie snapper. It also has a fingerprint scanner embedded in the home button.