Vivo was the first smartphone company to introduce the pop-up camera technology in smartphones. Recently, the company announced its Vivo V15 and V15 Pro smartphones that feature a pop-up selfie camera. Looks like Vivo is going to continue its trend of pop-up devices. Another pop-up smartphone by the company – Vivo X27 is being rumoured to make its launch soon. The smartphone was recently seen on a Chinese TV show. Soon after its first appearance, the smartphone was also spotted on TENAA indicating an imminent launch. 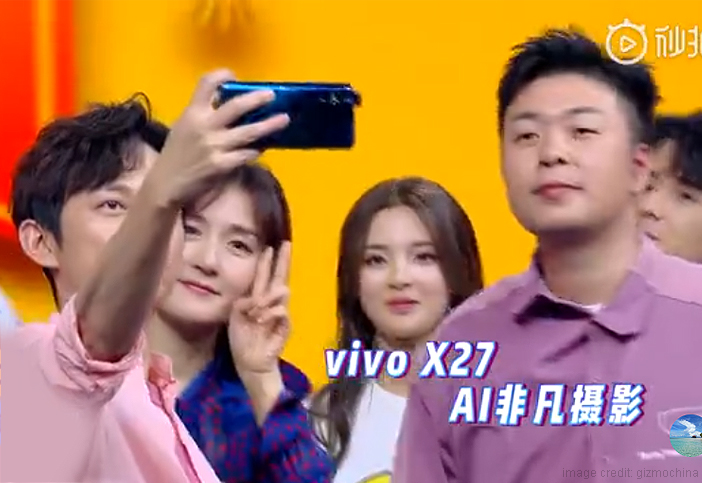 Based on its listing on TENAA, the X27 smartphone will come with a 6.39-inch Full HD+ AMOLED display with a screen resolution of 1080 x 2340 pixels. The display will also house an in-display fingerprint scanner for easy unlocking and authentication. For power, the smartphone will be fuelled by a 2.2GHz octa-core processor which could most likely be the Snapdragon 710 SoC.

Additionally, the smartphone will be backed by 8GB of RAM. 8GB RAM mobile phones are designed to handle all multitasking and high-end activities on a smartphone. For storage, the Vivo X27 will be offered in 128GB and 256GB internal storage variants. 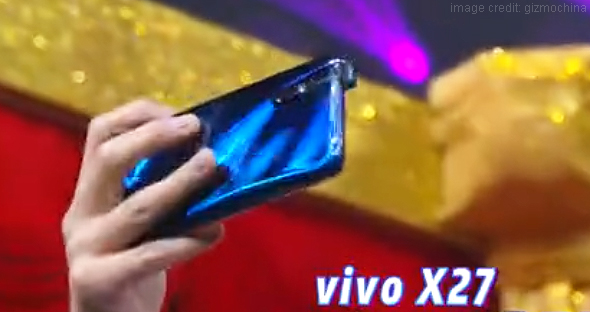 For photography, the X27 smartphone will sport a triple camera setup on the rear panel. This triple camera setup will include a combination of a 48MP primary sensor, a 13MP sensor and a 5MP sensor. On the other hand, the front panel will feature a single 16MP camera for selfies and video calling. 16MP front camera mobile phones is the common resolution that we get to see on most smartphones these days.