You are at:Blog»News»Rumours»Vernee Apollo 2 with 8GB of RAM, MediaTek Helio X30 is Official

Vernee is a Chinese Smartphone manufacturer that launched its Apollo Smartphone with 6GB of RAM last year. It has recently made official the launch of Apollo 2 at MWC 2017. Interestingly, the upcoming Smartphone is said to feature an impressive 8GB of RAM of memory. It will be the first smartphone with 8GB RAM after the Asus ZenFone AR which is due to hit markets in Q2 2017.

In a Twitter post, Vernee claimed that Apollo 2 will be launched at MWC 2017 and shall be the first smartphone to come with Helio X30 processor. The company further announced that the device will be made available in two configurations – 64GB of inbuilt storage + 6GB of RAM and 128GB of inbuilt storage + 8GB of RAM. Apart from these specifications, the Smartphone is also expected to feature a QHD display, GSMArena points out in its report.

Coming to the chipset, MediaTek Helio X30 SoC was announced back in August last year. Positioned as the successor to the Helio X20 SoC, the Helio X30 is built on TSMC’s 10nm FinFET architecture. The smartphone sports a quad-core GPU with MediaTek X30 chip featuring a tri-cluster design similar to the Helio X20 and Helio X25. The phone is capable of supporting a camera with sensor capability as high as 40 megapixels. It also supports video capturing upto 24 megapixels. The chipset is capable of supporting devices with up to 8GB of RAM. 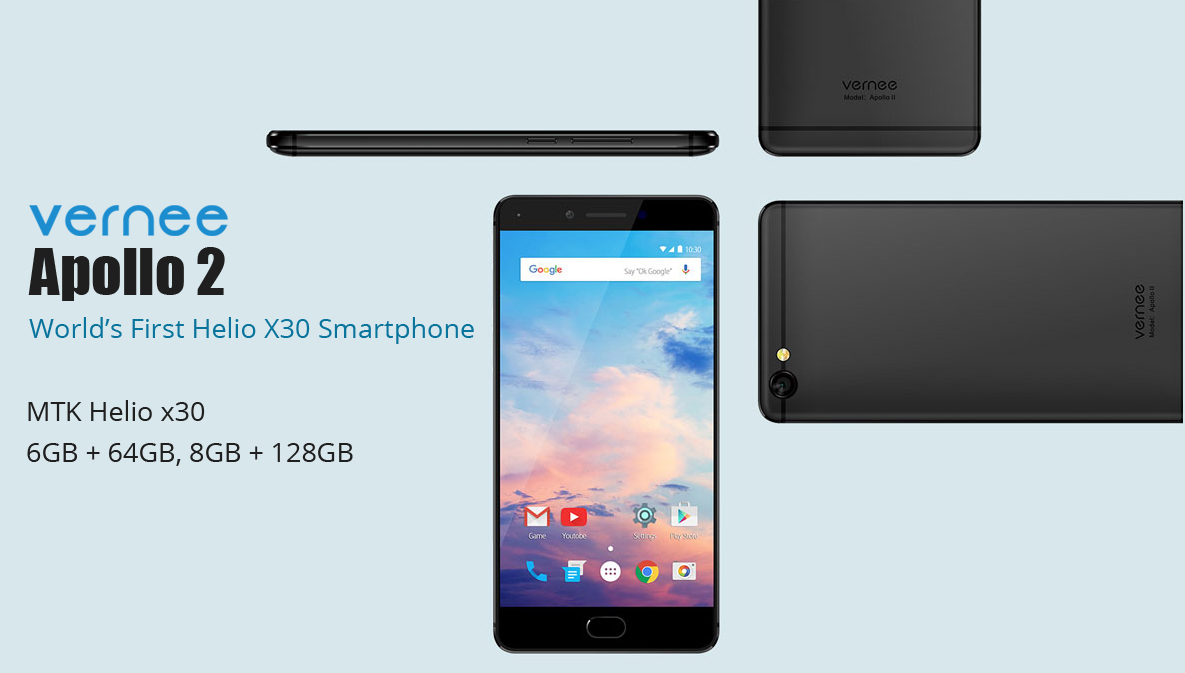 There isn’t any official announcement by the company and we will have to wait for the MWC 2017 to know more about the Vernee Apollo 2 smartphone. Stay tuned for more updates