You are at:Blog»News»Sony Xperia 10 Ultra Schematic: Based on Speculated Specifications

From its name, it can be assumed that the Xperia 10 Ultra will be a much bigger variant compared to the launched Xperia 10 and Xperia 10 Plus. Additionally, the rumours also suggest that this upcoming variant will be comparatively more powerful than the already launched Xperia 10 smartphones. 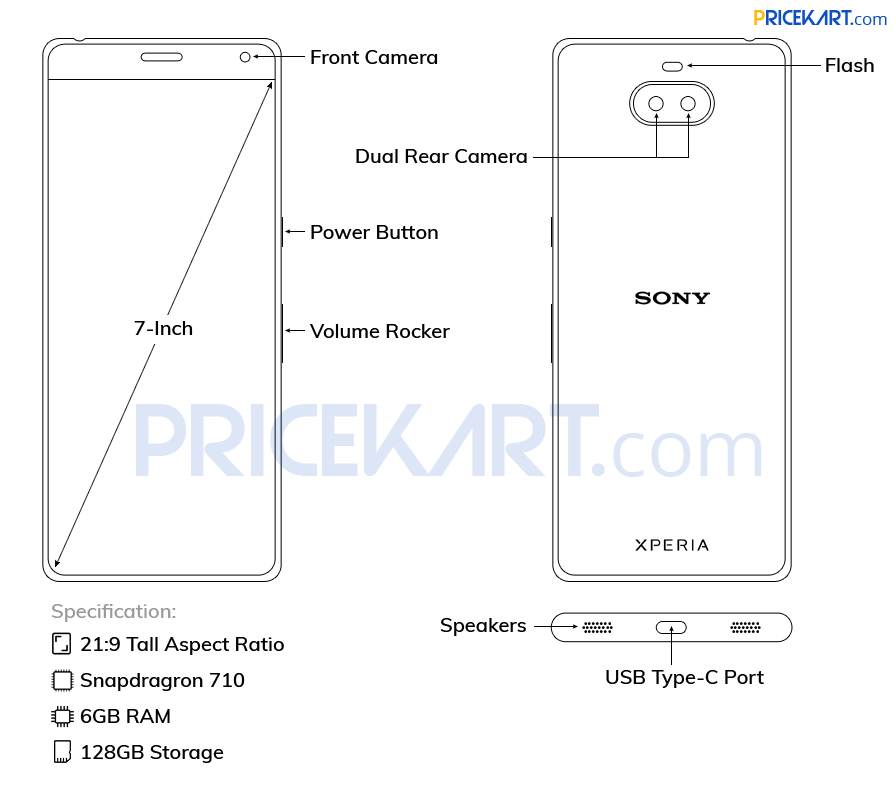 Moreover, rumours state that this alleged Sony smartphone will most like run on a Qualcomm Snapdragon 710 processor. This is an upgraded from the Snapdragon 630 & 636 chipsets seen on the Xperia 10 and Xperia 10 Plus respectively. Moving on, Sony Xperia 10 Ultra will most like be one of the 6GB RAM mobile phones. For storage, it could feature 128GB of internal storage with support for microSD card.