You are at:Blog»News»Samsung Galaxy Note 8 India shipping to start on September 21 The latest Samsung mobile offers an IRIS scanner feature which is an advanced way of authentication for several functionalities. Moreover, there is S Pen feature which is basically a stylus that can jot, scribble, and enlarge things. Also, it comes with a few advanced actions like a real-time translation of texts and images.

The dual-lens setup on the phone let users zoom and include DSLR-like effects in their photographs. The Galaxy Note 8 is water resistant and has wireless charging feature. 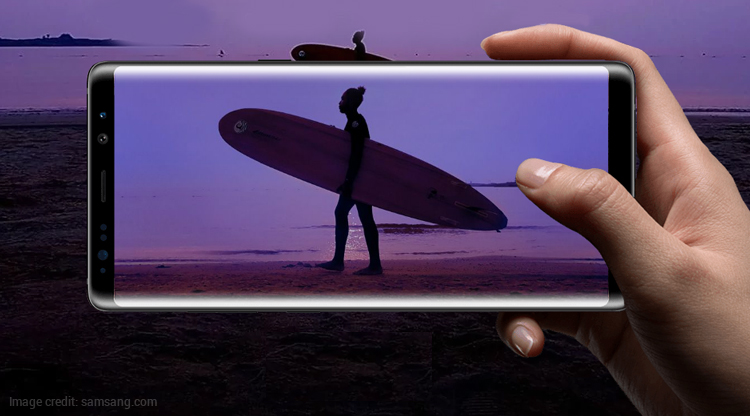 For photography, there is a dual rear camera setup on the Galaxy Note 8 with Dual OIS. The dual camera module includes a 12MP wide-angle lens, f/1.7 aperture, and Dual Pixel auto focus alongside the other 12MP telephoto lens with f/2.4 aperture.

By having such camera setup, the device can capture images with depth-of-field (Bokeh) effects at real-time. Apart from this, the camera supports up to 2x optical zoom. Up front, there is an 8MP auto focus sensor with f/1.7 aperture.