Samsung only recently announced its Galaxy S10 series, and speculations of the Galaxy Note 10 have already started. There’s not much that is known about the upcoming Samsung smartphone at this. However, that hasn’t stopped the rumours from flowing in. With months away from the launch, we have already got a first look of what the Samsung Galaxy Note 10 might look like – all thanks to the stunning 3D concept renders by Phone Arena. While these renders are not official, they do give us a pretty good look at what we can expect from the smartphone. 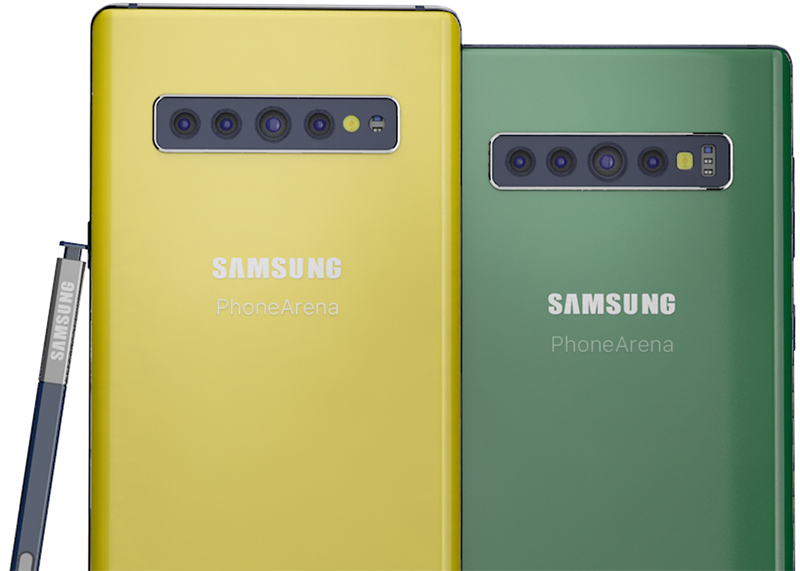 Talking about the rear panel, the render flaunts the Galaxy Note 10 smartphone in a quad camera setup. This setup is similar to the one we saw on the Samsung Galaxy S10 5G. According to the report, Note 10 might get a similar camera configuration like the Galaxy S10 5G which includes a 12MP primary camera, a 12MP telephoto lens, a 16MP wide-angle lens and a 3D depth sensor. Additionally, the 3D renders also show the smartphone circular flash and heart rate sensor placed along with the camera module. 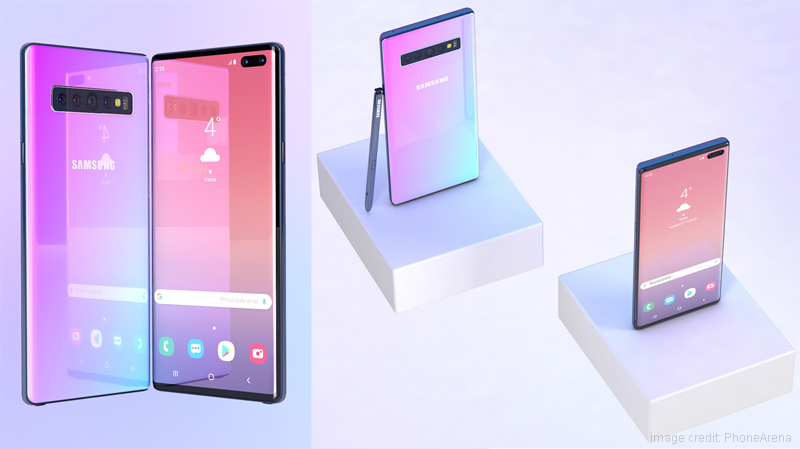 During the Galaxy Unpacked 2019, Samsung announced a range of punch hole display mobile phones. Even this smartphone will feature a punch hole Infinity-O camera setup on the front panel. Interestingly, Galaxy Note 10 will be among the few dual front camera mobile phones to launch in 2019. However, it is highly possible for Samsung to add a third camera on the front display as well.

Furthermore, the display will house an ultrasonic in-display fingerprint sensor. Samsung has been talking about a new ‘Infinity Display’. This new technology will hide the camera sensor below the display. Nevertheless, it is highly unlikely for Samsung to add this feature on the Galaxy Note 10. But, we will see this ‘new’ display sometime soon in the future. This is all the renders tell us about the Galaxy Note 10 smartphone. We can expect more features and specifications of the smartphone to make an appearance in the coming months.