You are at:Blog»News»Samsung Galaxy M40 Smartphone Will Most Probably Look Like This

Since the start of 2019, we have had a wide range of smartphones enter the market. Right from budget devices to flagship models, this year already looks promising. Samsung introduced its new M series of smartphones a couple of months back. After launching three popular mobile phones under its M series, Samsung is planning to expand its portfolio by launching a fourth smartphone. It looks like we will soon see the Samsung Galaxy M40 make its launch.

The smartphone listing first appeared on Wi-Fi Alliance. This listing revealed that Samsung is currently working on a new smartphone with the codename SM-M405F/DS. Additionally, this listing also confirmed that Galaxy M40 will be the first device from the M series to run on Android 9.0 Pie. It will be accompanied with Samsung’s latest One UI skin on top. Apart from this, the certification does not confirm any other features or specifications. 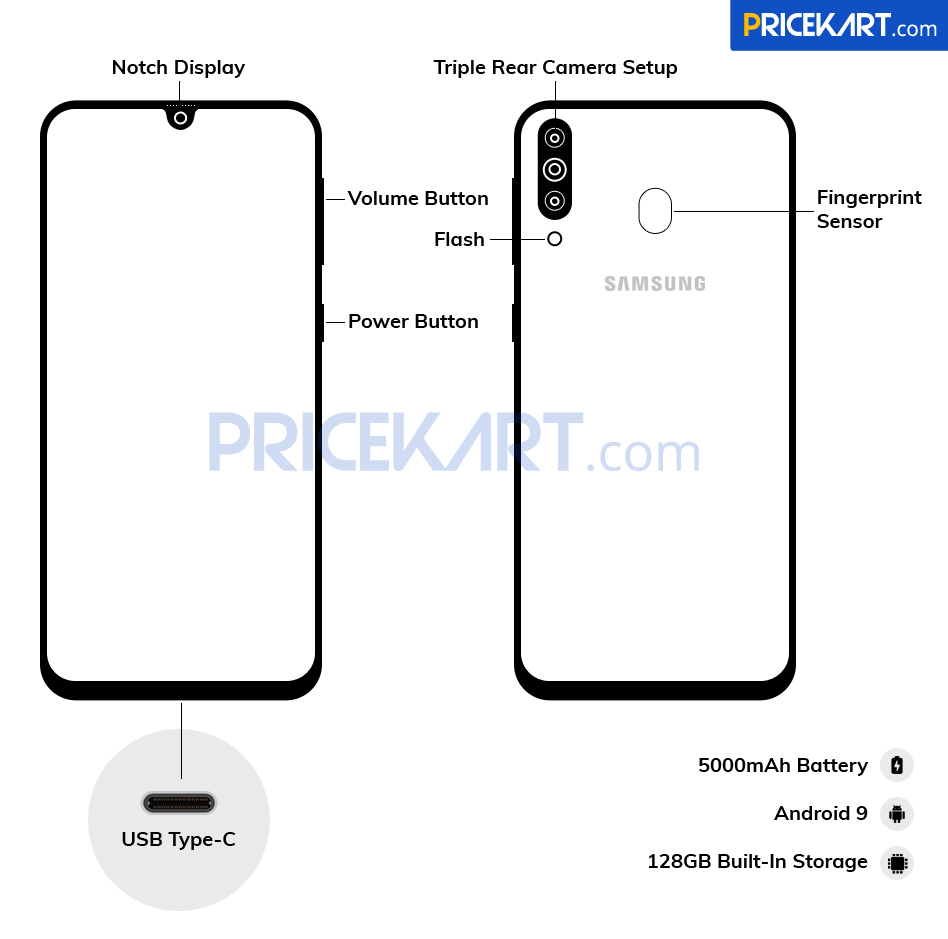 Based on the previous M series smartphones, it is most likely that even Galaxy M40 will be a mid-range smartphone. Furthermore, the smartphone will most probably maintain a similar design that we saw on the previously launched M-series smartphones. Galaxy M30 features a 6.4-inch display, we can expect Galaxy M40 also to be one of the 6-inch display mobile phones. Likewise, the smartphone will most likely come with a U-shaped or V-shaped notch that will house the front camera. 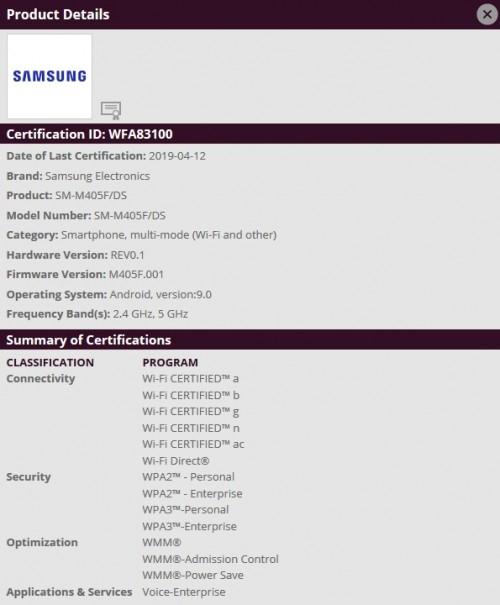 The smartphone is speculated to either run on the Exynos 7904 or 9610 processor. On the camera end, just like the M30, even the Samsung Galaxy M40 will feature a triple camera setup. As of now, the camera specifications have not been revealed. Nevertheless, we can expect a camera setup that will feature a 13MP primary camera, a 5MP ultrawide sensor and a 5MP depth sensor.