You are at:Blog»News»New Launches»LG V30+ Launched in India with These Breathtaking Features

This year’s LG flagship smartphones, the LG V30 and V30 Plus (LG V30+), were launched at the IFA 2017 event back in August. After the wait of more than two months, the company has now unveiled the LG V30+ model in India. The key highlight features of the new handset include a bigger display, metallic frame design, and beast camera as well as hardware specifications to name a few.

Coming to the price, the LG V30+ smartphone comes with a price tag of Rs 44,990 in India. The phone is offered in Cloud Silver, Aurora Black, Lavender Violet, and Moroccan Blue colour options. It will be available for purchase from December 18, exclusively on Amazon India. Under the hood, there is the latest Qualcomm Snapdragon 835 processor paired with 4GB RAM, 128GB of internal storage and external storage of up to 2TB via microSD card slot. The handset is powered by a 3300mAh battery which supports Quick Charge 3.0 fast charging tech. In addition, the company is claiming that the phone could get charged up to 50% in merely 30 minutes.

For photography, there is a dual camera setup at the rear panel which includes a 16MP sensor with f/1.6 aperture and a 13MP sensor with f/1.9 aperture. Also, there is support for OIS, EIS, and Hybrid Autofocus on the camera module. For selfies, there is a 5MP front-facing camera which is also ideal for video calling. 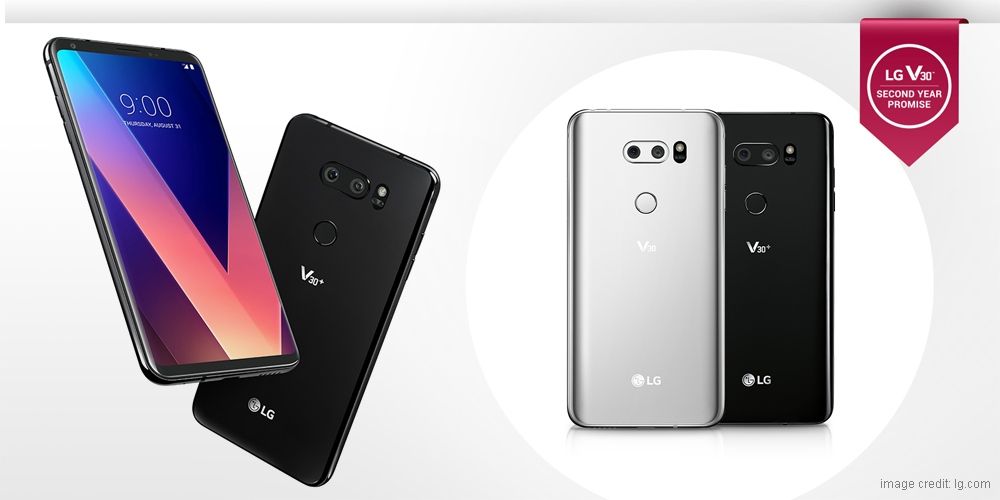 The latest LG mobile in India has a dedicated fingerprint scanner at the rear panel which doubles as the power button. Moreover, it comes with a face recognition technology that let users unlock the handset using their face as a password. The company has introduced a heat pipe within the device which thrusts out the heat and minimizes overheating.

Furthermore, LG V30+ inherit a 32-bit Hi-Fi Quad DAC with preloaded sound presets and digital filters. By having such features, the handset is competent for streaming high-resolution audio. The connectivity options on the device include 4G LTE, Wi-Fi, Bluetooth, and USB Type-C. The phone measures dimensions at 151.7×75.4×7.3mm and weighs 158 grams.