You are at:Blog»Advice»iVoomi i1 Review: Affordable Smartphone That Serves its Purpose?

The brand iVoomi is gradually making its spot in the Indian smartphone space. The company has been selling its budget smartphones for less than a year. It has now introduced a new handset called iVoomi i1 which flaunts the 18:9 aspect ratio for display. The phone is priced aggressively at Rs 5,999 in India.

The smartphones with 18:9 displays are very popular these days; hence, every mobile maker is trying to cash in the opportunity and launching phones with such display format. Previously, there were InFocus Vision 3 and Micromax Canvas Infinity smartphones in the budget segment with similar display offering.

Apart from display format, the iVoomi i1 boasts dual camera setup at the rear panel and has a dedicated fingerprint scanner. On paper, the specifications and features of the latest iVoomi mobile in India look quite impressive but, does it perform well in real-life? Let’s find out this in our review.

The phone comes with a 5.45-inch display featuring 18:9 aspect ratio. Although it is not a bezel-less device, the phone has a decent appearance which iVoomi calls ‘Absolute View’. It is a narrow and tall device that fits in hand very easily. The power and volume rockers are placed on the right edge of the device.

While every smartphone maker is providing unibody design, the iVoomi i1 has a removable rear cover. After removing the back cover, there are options to insert microSD card and two micro-SIM cards on dedicated slots. Also, the non-removable battery of the device is positioned inside the back cover. On the top, there is a microUSB port and a 3.5mm audio jack. The microphone and speakers are provided on the bottom of the handset.

There is dual camera setup on the rear panel accompanied by an LED flash. Below it, there is a fingerprint sensor.

The 5.45-inch display of the latest iVoomi mobile comes with 640×1280 pixels. The display of the device lags behind its competitor as almost all smartphones in this price range are at least providing HD (720p) resolution. Also, there is a lack of clarity and crispness on the screen. Moving towards the internal components, the handset is powered by a MediaTek MT6737 chipset. It is an entry-level quad-core SoC clocked at 1.3GHz. 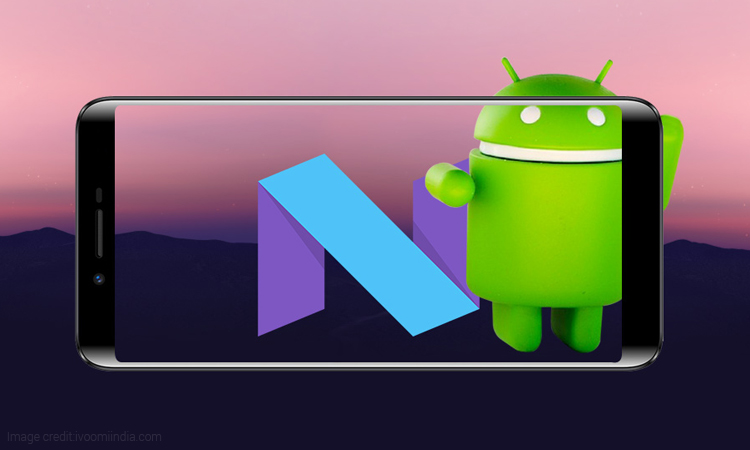 Furthermore, the device is accelerated by 2GB of RAM. It has 16GB of internal storage which is expandable up to 128GB via a dedicated microSD card slot. For photography, there is a 13MP primary rear camera accompanied by a 2MP sensor on the rear panel. Up front, there is an 8MP selfie snapper. The phone runs on Android Nougat OS and offers a few customisation options. It is a dual-SIM mobile with 4G VoLTE support, FM Radio, Bluetooth, and Wi-Fi.

The iVoomi i1 supports gesture controls and has a DuraSpeed software which instantly speeds up the device. Moreover, the device has Quick Touch feature which is essentially a floating dock that has shortcuts for frequently used apps and a few settings.

Although the company claims to have a memory optimisation feature on the device, the iVoomi i1 doesn’t deliver smooth performance. The phone can handle normal usage, while the heavy apps lag and stutter a bit often. However, we can’t expect multi-tasking and high-performance from a budget smartphone. So overall, the new iVoomi device is ideal for first-time smartphone users. 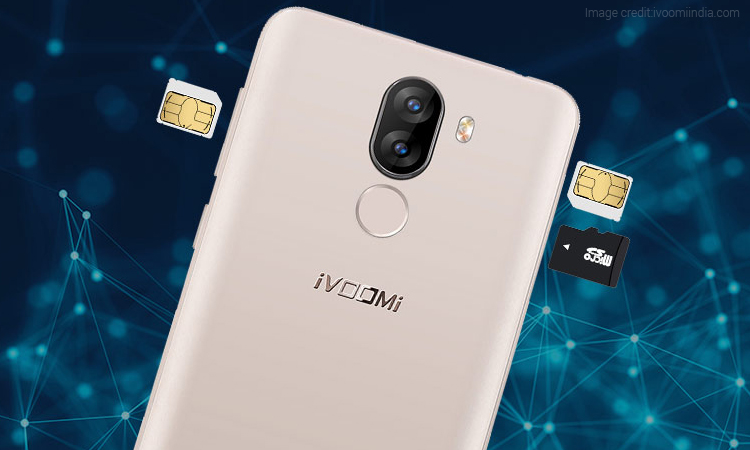 The handset packs a 3000mAh battery which can juice up the device for around 8 hours and 12 minutes of continuous usage.

On the camera front, the device has a basic camera app preloaded on it. There are four modes- Photo, Video, Panorama, and Bokeh. You can expect basic photography from the device. However, the phone is not ideal for those who are expecting high-end photography experience out of its dual camera module.

The entry-level segment has received another smartphone featuring 18:9 display with the launch of iVoomi i1. The battery performance of the device is significant; however, the overall performance, camera, and the fingerprint scanner are very poor. The iVoomi i1 isn’t the best smartphone in this price range. If the 18:9 aspect ratio display is not your requirement, then you can look for alternatives likes of Xiaomi Redmi 5A or 10.or D which offers better specifications and features than the iVoomi i1.