You are at:Blog»News»Huawei P20 Pro Launched with Triple Camera setup at Rear

After months of leaks and rumours, Huawei has finally unveiled its new P-series smartphones at an event in Paris. Huawei P20 and Huawei P20 Pro are the latest addition to company’s portfolio. These are the camera-focused smartphones with AI-based photography features. During the launch event, Richard Yu, CEO at Huawei Consumer Business Group, said that the company has skipped the P11 naming and opt directly for P20 moniker for its latest devices.

The price of Huawei P20 is EUR 649 (roughly Rs 52,300) in the European markets, whereas the P20 Pro model costs EUR 899 (roughly Rs 72,500). Both handsets are expected to get launched in India and other global markets soon. Both phones will be offered in Midnight Blue, Graphite Black, Twilight (gradient colours), and Pink Gold colour options. 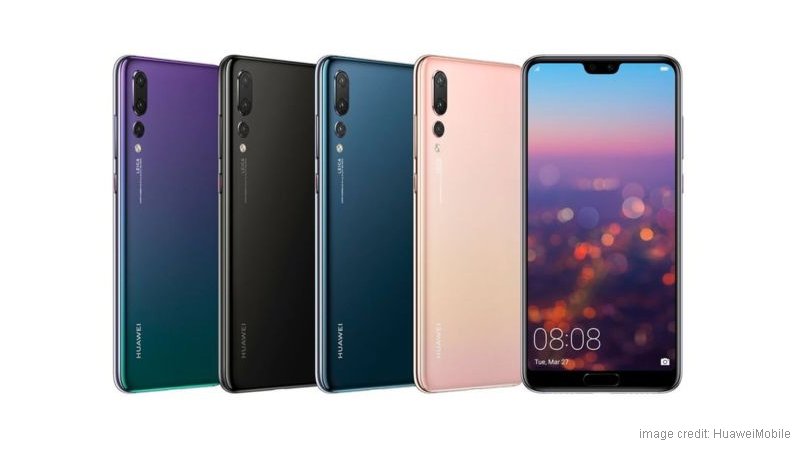 The latest Huawei smartphones run on the latest Android 8.1 Oreo OS powered by EMUI 8.1 custom skin on the top. Alongside, the company has brought Google ARCore and advanced Google Assistant features on both the devices. Under the hood, both phones boast a HiSilicon Kirin 970 octa-core processor paired with a dedicated NPU (neural processing unit).

The Huawei P20 model features 5.8-inch Full HD+ (1080×2244 pixels) RGBW FullView display with a brightness of 770-nits and a small notch on the top of the display. On the other hand, the P20 Pro variant has a larger 6.1-inch Full HD+ OLED display. Both smartphones lack a 3.5mm headphone jack. 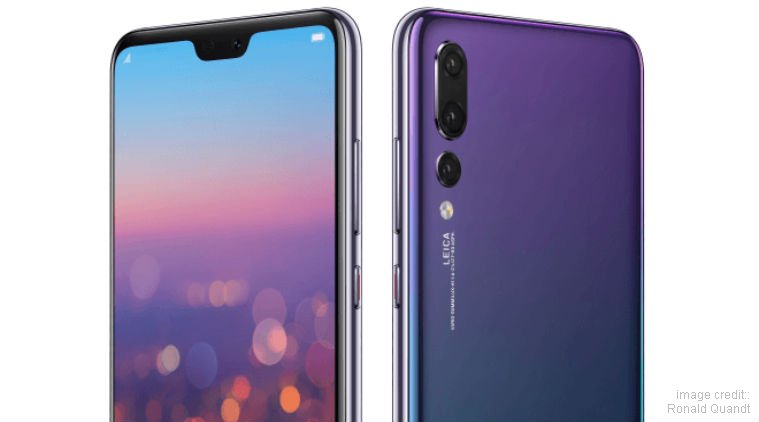 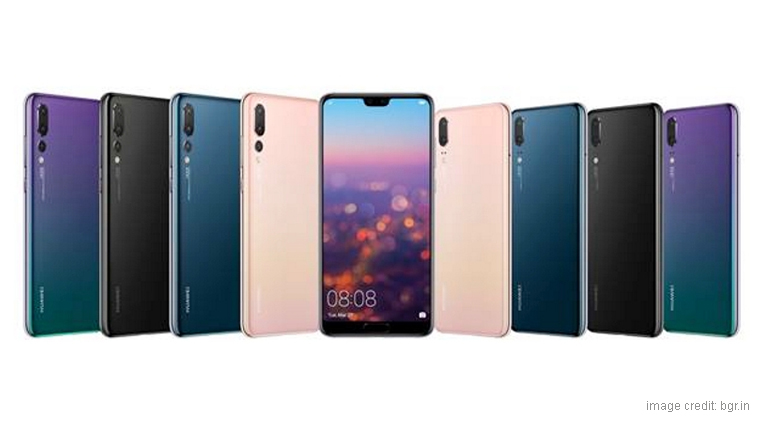 The triple camera module on P20 Pro includes a 40MP RGB sensor, a 20MP monochrome sensor and an 8MP telephoto lens. These sensors support apertures of f/1.8, f/1.6, and f/2.4 respectively. Using this setup, you can get up to 3x optical zoom as well as 5x Hybrid zoom.

In contrast, the P20 variant comes with a 12MP sensor of 1.55um Pixel size with a 20MP monochrome lens. Both smartphones support six-axis stabilization and a super-slow-motion video capturing of up to 960fps. Both phones have a 24MP selfie snapper at the front that features AI beautification and 3D portrait lighting.